L: Change the World is a 2008 Japanese movie that's spin-off anime and manga Death Note. Like all modern Japanese movies it was filmed in English, with some moments in French, Thai and Italian languages.

The following weapons were used in the film L: Change the World:

Naomi Misora (Asaka Seto) briefly holds Minebea P9 pistol at the film beginning. All shots of it was blurry. 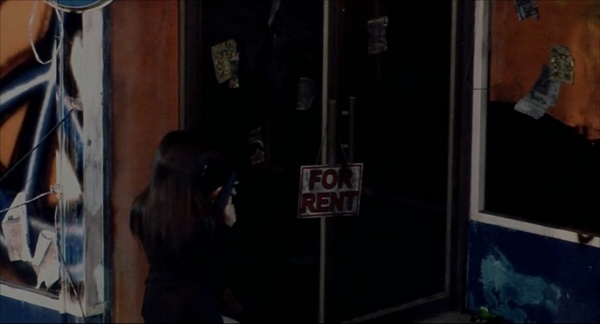 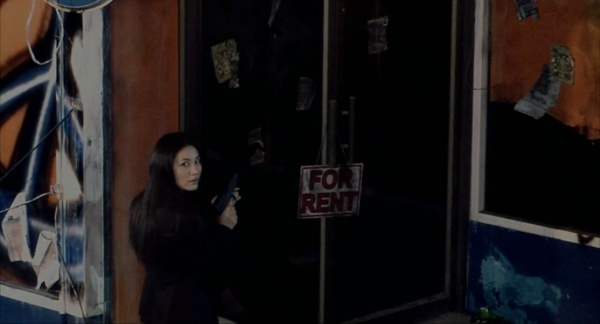 Tamotsu Yoshizawa (Yûta Kanai), one of the terrorists, uses Winchester Model 1897 shotgun during the attack on the laboratory. 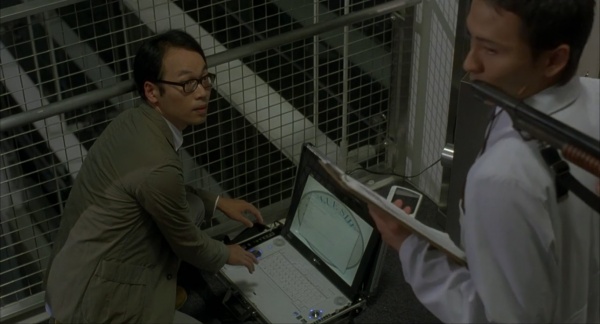 Good view of the muzzle. 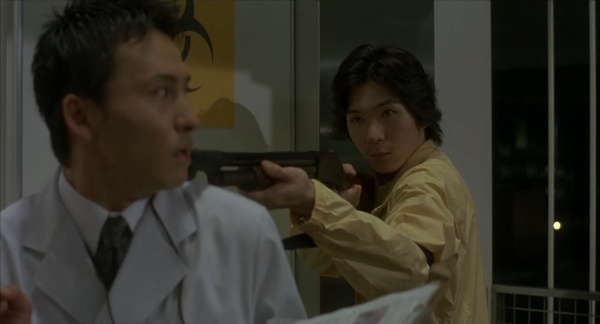 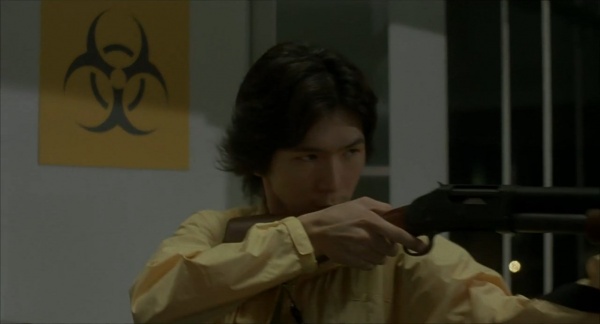 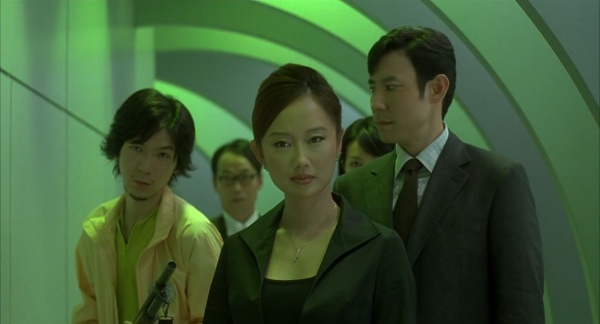 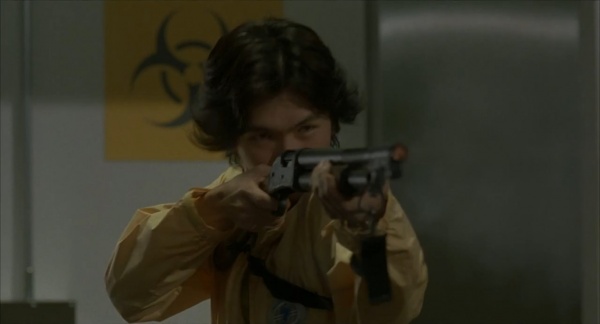 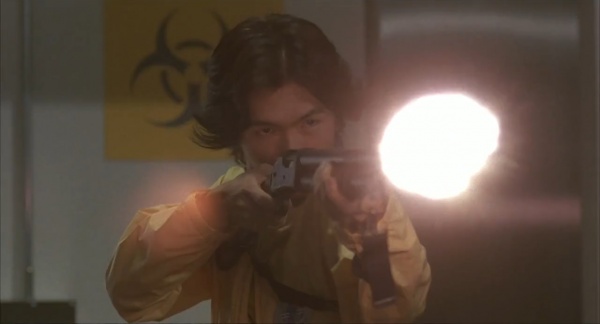 Tamotsu Yoshizawa (Yûta Kanai), one of the terrorists, can be seen armed with the Remington 870 shotgun during the plane hijacking. 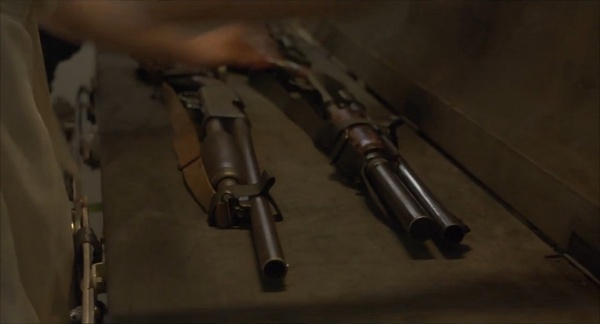 Remington at the left. 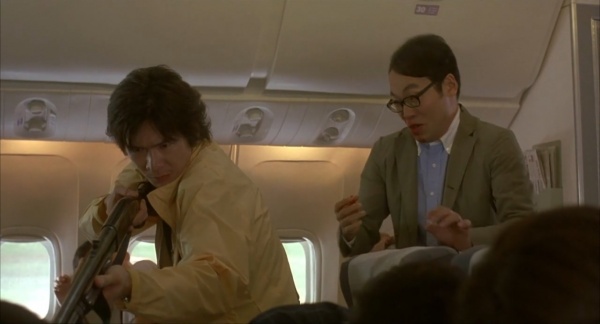 Close view of the stock... 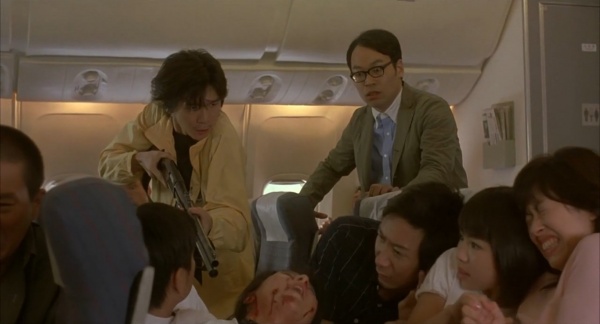 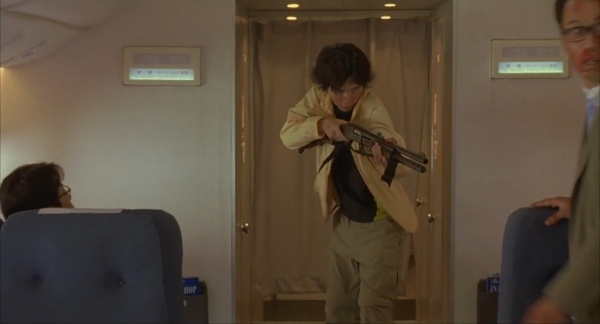 Hatsune Misawa (Megumi Satô), one of the terrorists, uses the Stevens Model 67 shotgun during the plane hijacking.

Stevens at the right. 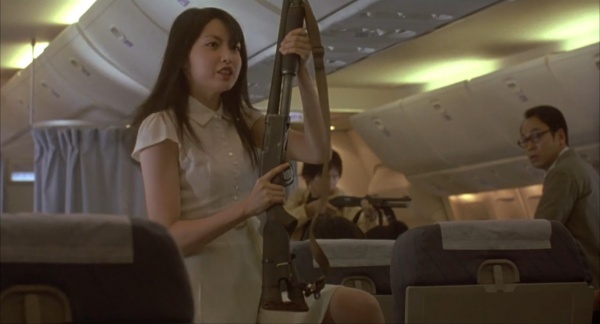 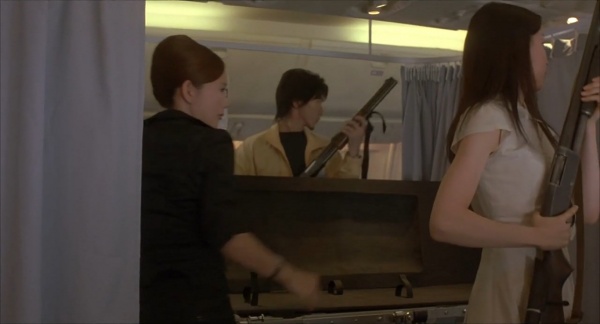 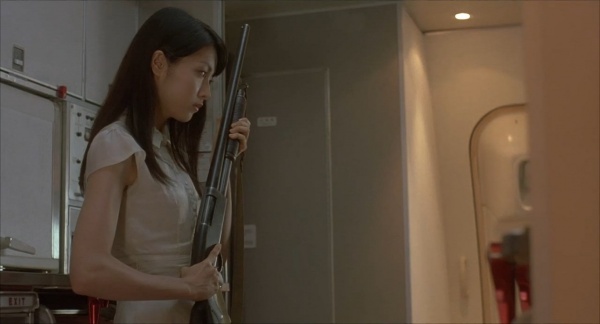 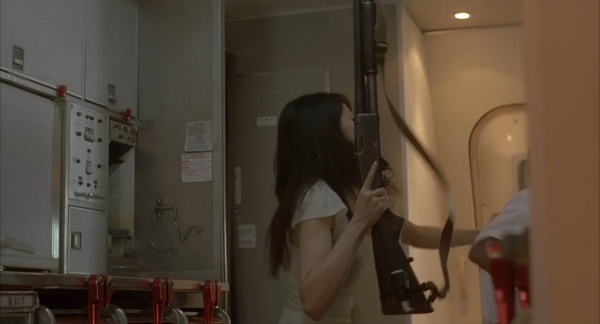 SWAT members were armed with the Heckler & Koch MP5A3 SMG at the film's ending. 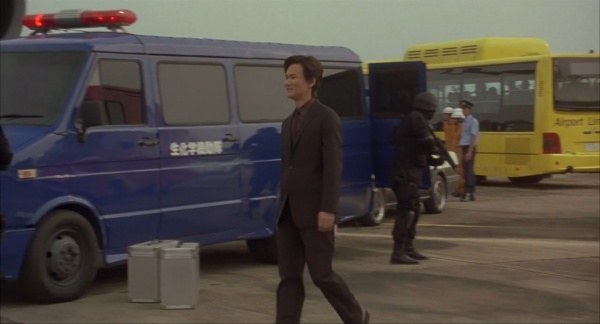 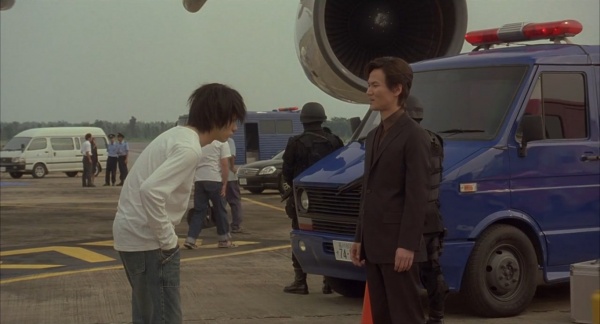