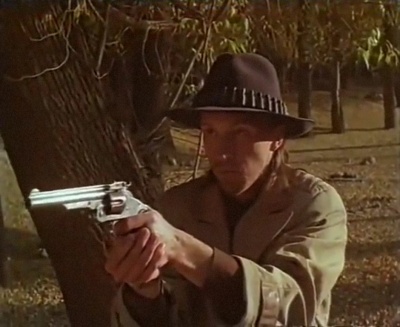 Konstantin Fyodorov aims a Smith & Wesson No. 3 Russian Model in The Wild East (1993)

Konstantin Fyodorov (Константин Фёдоров) is a Russian musician, composer and film actor (mostly known as (already former) member of the rock band Tequilajazzz). He also performed as one of the composers of the 1997 movie Ghoul (Upyr).