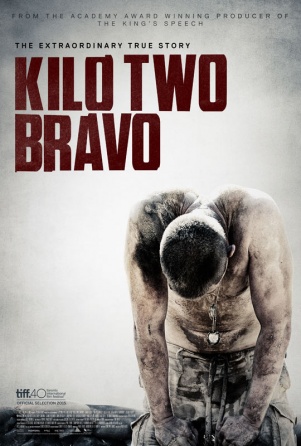 The following weapons were used in the film Kilo Two Bravo:

The L85A2 is carried by British troops in the film.

Soldiers armed with the L85A2.

The AKMS is carried throughout the film.

The Accuracy International L115A3 (a British variant of the AWSM with a threaded muzzle brake to accept a suppressor) is carried by British troops.

The rifle is seen carried by a British soldier.

The rifle is seen on the right.

A Browning M2HB is mounted on British WMIK Land Rover.

The GPMG is just visible resting vertically in its mount ahead of the front passenger seat.

One soldier carried a 'paratrooper' version of the M249 SAW.

The machine gun is seen at the left.

The machine gun is seen at the left.
Retrieved from "https://www.imfdb.org/index.php?title=Kilo_Two_Bravo&oldid=1387559"
Categories: