Keegan-Michael Key holds a Beretta 92FS as Coyle in The Predator. 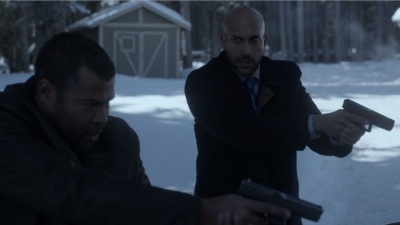 Keegan-Michael Key is an American actor and comedian, best known for starring alongside Jordan Peele in the Comedy Central sketch show Key & Peele. He has since appeared in the series Fargo in addition to the films Keanu (2016) and The Predator.