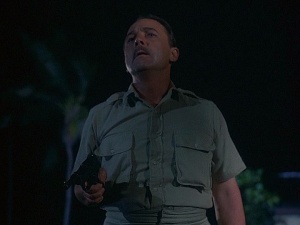 John Hillerman (1932–2017) was an American actor best known for his role as Higgins in the series Magnum P.I. In addition, his acting credits include roles in such films as Blazing Saddles and Chinatown. Despite his English accent in Magnum, Hillerman actually was born in Texas.