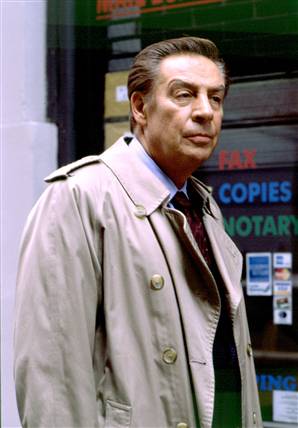 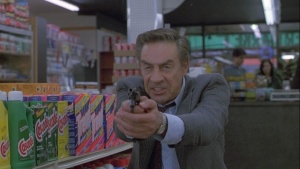 Jerry Orbach as Detective Lennie Briscoe takes aim at a suspect with a Smith & Wesson Model 36 in Law & Order.

Jerry Orbach was an American actor/entertainer who is best known to television audiences for his role as Det. Lennie Briscoe on the series Law & Order (a role for which he portrayed for 273 episodes from 1992 to 2004). He also appeared as the character in three out of four L&O spinoffs. In addition, he had prolific career as an actor on Broadway, often in musical roles of which would lead him to voice the role of the candelabrum Lumière in the 1991 Disney animated feature Beauty and the Beast. In addition, he appeared in such films as Dirty Dancing, F/X, and Out for Justice. He passed away in 2004 from complications from cancer.