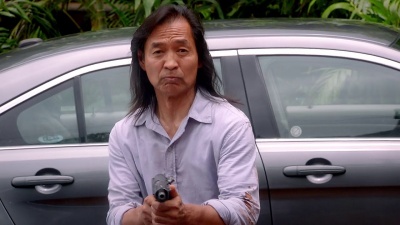 Jeff Imada holds a TEC-9 as a kidnapper in Hawaii Five-0.

Jeff Imada is a noted martial artist and stunt coordinator who frequently worked in the films directed by John Carpenter. He also served as chief fight coordinator on The Bourne Supremacy and The Bourne Ultimatum.