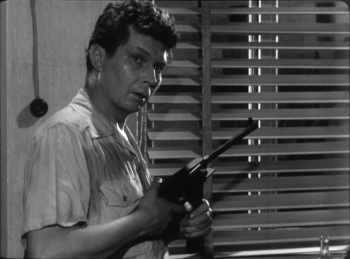 Jaroslav Mareš is a famous Czech actor of character roles. Born 24 April 1921 in Husinec near Prachatice and spent part of his childhood in France. Popularity with viewers won her main character legionary Václav Malý in The Black Battalion (1958). During his acting career played dozens of smaller and larger, but always very significant roles. For her characters rolling mills Jan Zíbek in the film The Trap (Zocelení) (1952) received a government award. Jaroslav Mares died after a long illness in oblivion 22nd October 2003 in Prague at the age of eighty-two years.