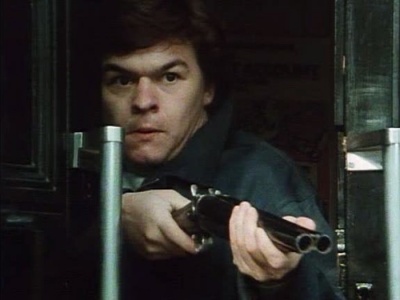 Jamie Foreman aiming his Side by Side Shotgun as Ramsey in Dempsey and Makepeace (1985-86).

Jamie Foreman is a British actor who is active in UK television and motion pictures. He is the son of a famous 1960s London real life gangster, Freddie Foreman.