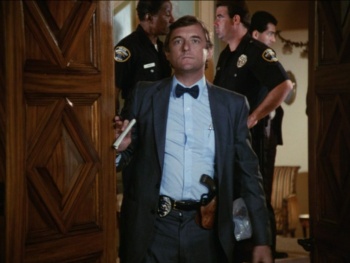 James Whitmore Jr. is an American actor/director who began his career in Hollywood as an actor, appearing as Captain Jim Gutterman in the series Baa Baa Black Sheep and as Det. Bernie Terwilliger in the series Hunter. He has since become a prolific television director, directing episodes of such series as Quantum Leap, Bones, JAG, NCIS, and NCIS: Los Angeles. He also is the son of the late actor James Whitmore.