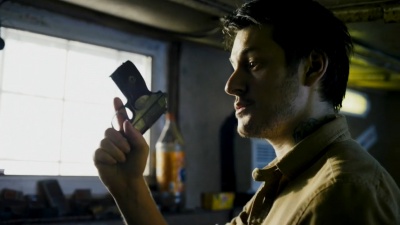 Ilya Naishuller brandishes a Makarov PM as Armorer in All at Once (Всё и сразу) (2014).

Ilya Viktorovich Naishuller is a Russian musician, clipmaker, compositor, director and actor of Jewish descent (his surname also latinized as Neischuller). He is the lead singer of the Russian indie rock band Biting Elbows, and has directed some of their music videos. He also directed the first-person movie Hardcore Henry, in which he acted as well and 2021 action movie Nobody.

Please visit here for the films in the IMFDB produced and/or directed by Ilya Naishuller.