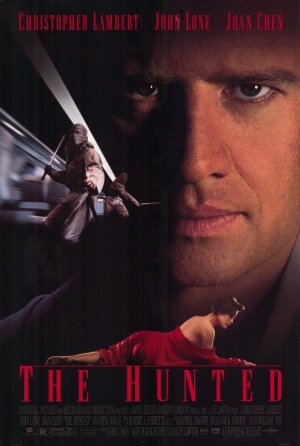 The Hunted is a 1995 martial arts film written and directed by J.F. Lawton (who wrote Under Siege and created V.I.P.) and starred Christopher Lambert as Paul Racine, an American salesman who unexpectedly witnesses a murder, placing him in the middle of a centuries-old feud between ninjas and samurai. The cast also included Joan Chen and John Lone. Not to be confused with the similarly-titled 2003 film.

The following weapons were used in the film The Hunted:

A dying Lt. Wadakura (Masumi Okada) hands Paul Racine (Christopher Lambert) his service weapon, which appears to be a short-barreled, Colt revolver with the sights and early-production cylinder latch of a Colt New Service, but lacks the New Service's lanyard ring. This is presumably the same revolver, that was previously used in the Highlander. 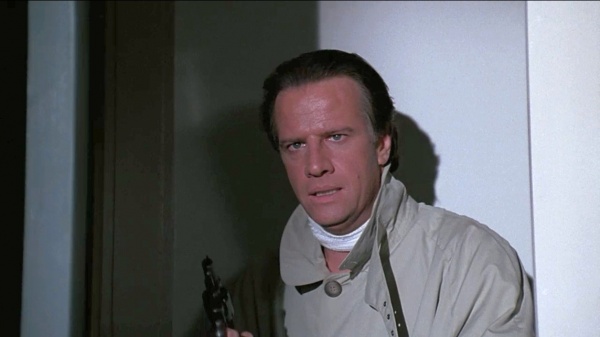 Racine hides in the closet when the first ninja comes. 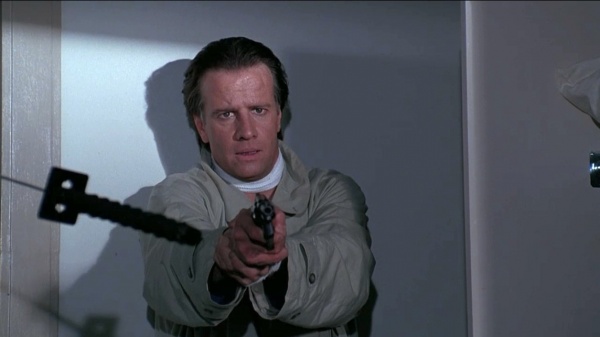 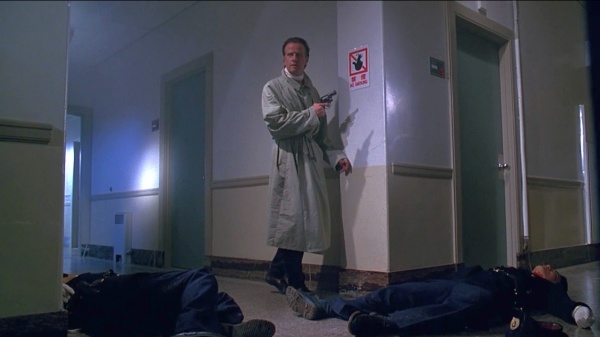 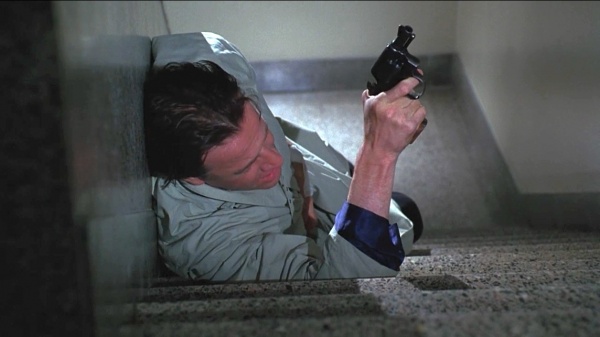 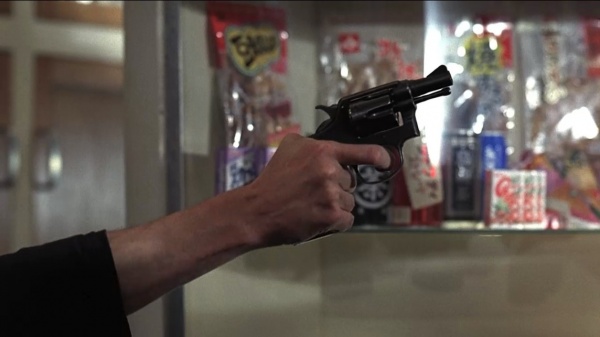 Racine aims the revolver at a ninja before Takeda (Yoshio Harada) knocks it out of his hand.

One of the detectives in Nagoya is armed with a short-barreled M91S machine pistol. These custom-built weapons have been featured in several films and TV shows produced in British Columbia. 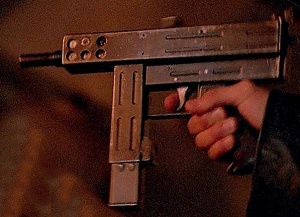 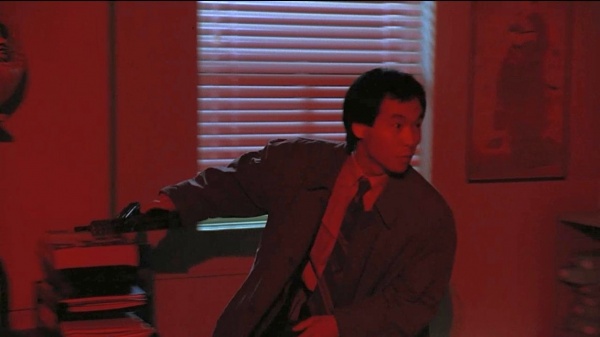 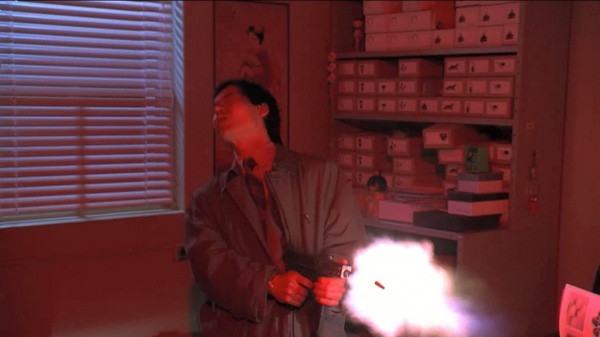 Nemura (James Saito) and a henchmen both draw Glock 17 pistols with stainless steel slides before Kinjo (John Lone) disarms them both. 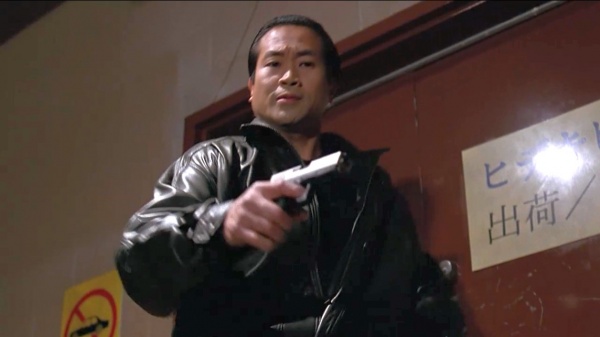 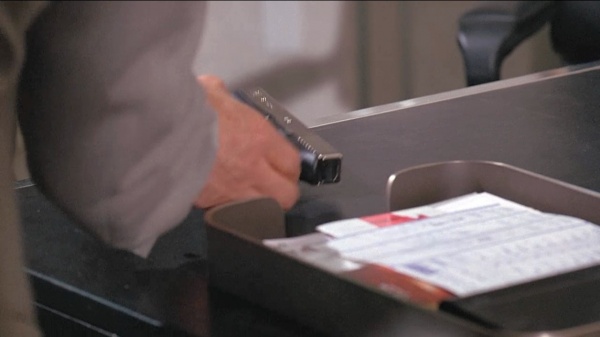 Nemura lays his Glock on his desk.

The uniformed policemen in Nagoya carry Smith & Wesson Model 10 revolver as their service weapons to serve as a placeholder for Nambu Model 60s. 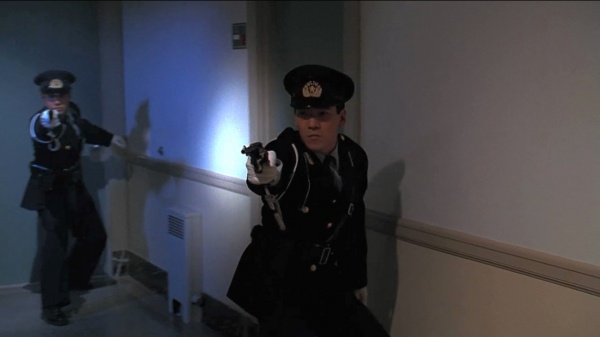 The cops draw their revolvers. 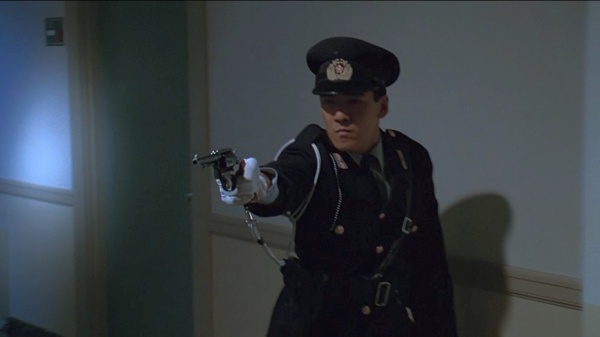 An officer (Warren Takeuchi) with his Smith & Wesson drawn.

Racine draws his revolver in the middle of a pachinko parlor to create a diversion. It appears to be a different revolver. Since this scene was likely shot in a real pachinko parlor in Japan rather than on a set in Vancouver, this might be a replica or flash paper gun. 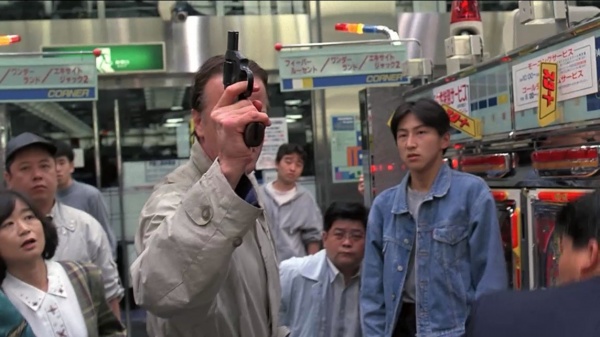