Herbie Goes to Monte Carlo is the 1977 third installment of the Disney series of films about "Herbie", a 1963 Volkswagen Beetle race car with a mind of his own.

The following weapons appear in the film Herbie Goes to Monte Carlo:

A few times throughout the film, the villians Max and Quincey (Bernard Fox and Roy Kinnear) can both be seen carrying Walther PPKs. 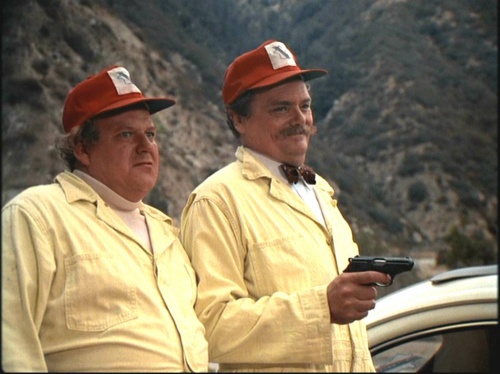 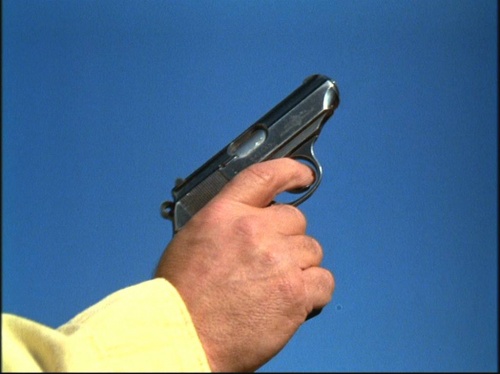 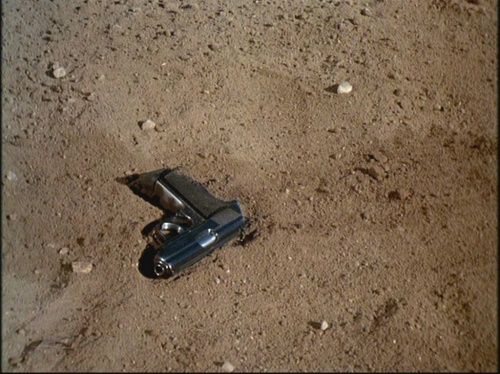 The PPK is knocked onto the ground. 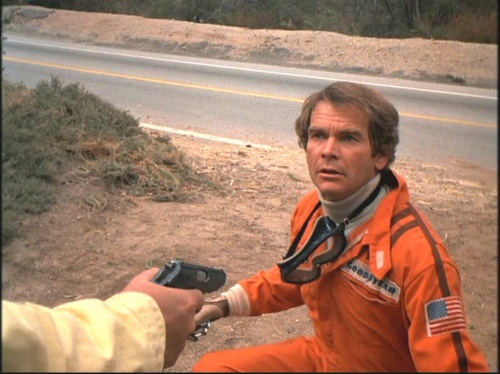 Max recovers the gun and points it at Jim Douglas (Dean Jones).

When Inspector Bouchet (Jacques Marin) reveals himself as the mastermind behind the diamond heist, he defends himself with a Smith & Wesson Model 36. The gun is knocked into the air by "Herbie" and caught by Wheelie Applegate (Don Knotts). 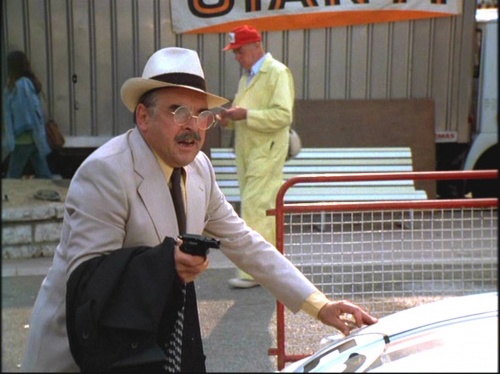 Inspector Bouchet (Jacques Marin) points his Model 36. Note that in this shot he is carrying a prop gun. 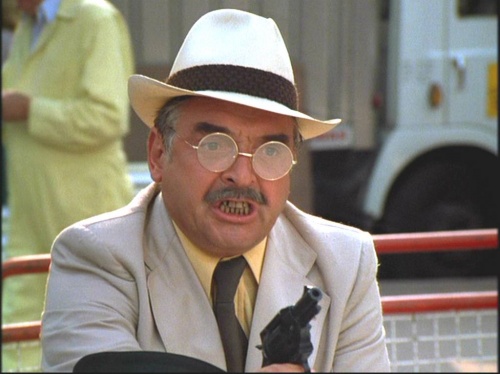 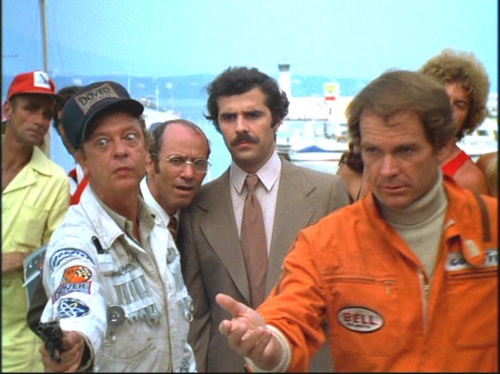 When "Herbie" knocks the gun into the air, it is recovered by Wheelie Applegate (Don Knotts), and is now a genuine Model 36.

At the beginning of the film, one of the French officers guarding the L'Etoile de Joie diamond can be seen carrying a Winchester Model 1897 "Trench Gun". 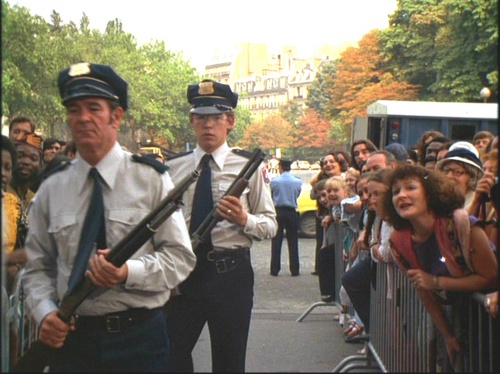 The French guards can also be seen carrying High Standard K-1200 Riot Standard Shotguns. Notice that one of the guards from the above scene suddenly changes to a different actor, and the older guard suddenly swaps his Winchester Model 1897 for a Flite King. This is because the former scene was shot on location in France, whereas this scene was filmed on a sound stage in L.A. 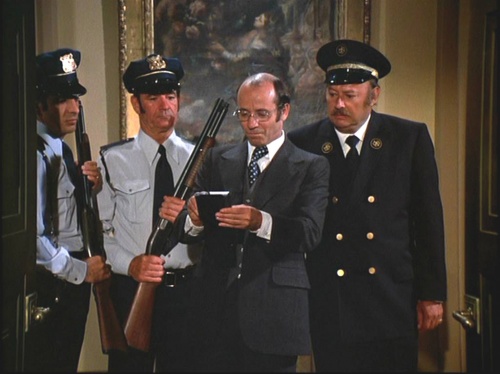