Glory is the 1989 American Civil War film that recounts the formation of the 54th Massachusetts Volunteer Infantry Regiment, the first all-black Union regiment to fight in the conflict. The film stars Matthew Broderick, Cary Elwes, Morgan Freeman, and Denzel Washington in his Oscar-winning role. Glory was directed by Edward Zwick, who went on to direct such war features as The Last Samurai, Courage Under Fire, Blood Diamond, and Defiance.

The following weapons were used in the film Glory:

The Colt 1851 Navy revolver is the sidearm carried by most of the Union officers in the film, notably Colonel Robert Gould Shaw (Matthew Broderick) and Major Cabot Forbes (Cary Elwes), who notably use them during the 54th's first engagement - The now dubbed "Battle of Grimball's Landing", in James Island, South Carolina on July 16, 1863. The overall loss of the 54th amounted to 43 casualties in total: 14 killed, 17 wounded, and 12 captured. 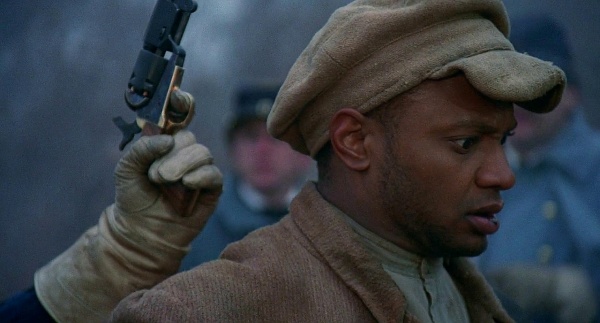 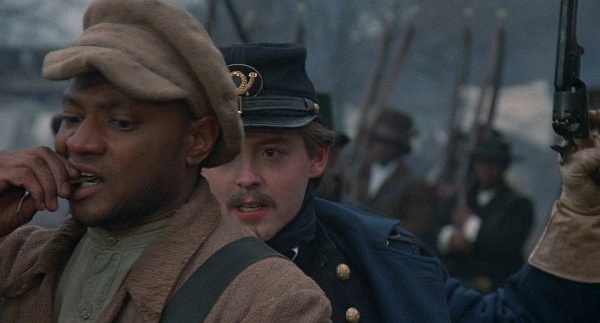 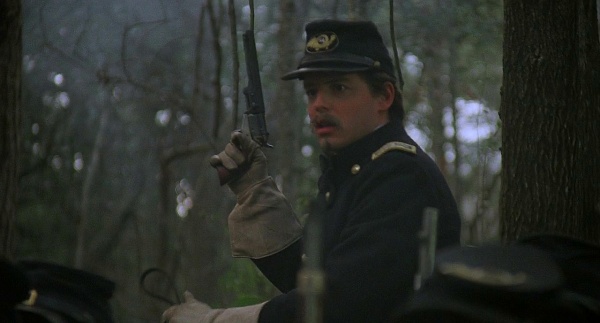 Col. Robert Gould Shaw (Matthew Broderick) holds his Colt revolver as his men prepare to engage the Confederates at the Battle of Grimball's Landing. 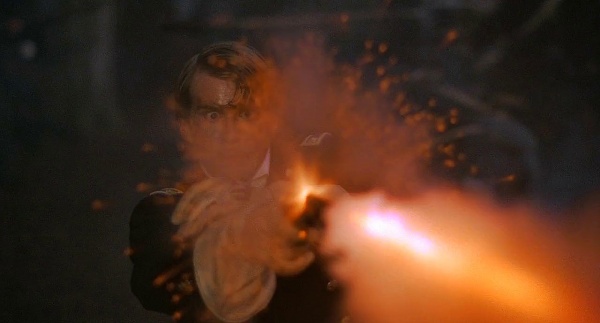 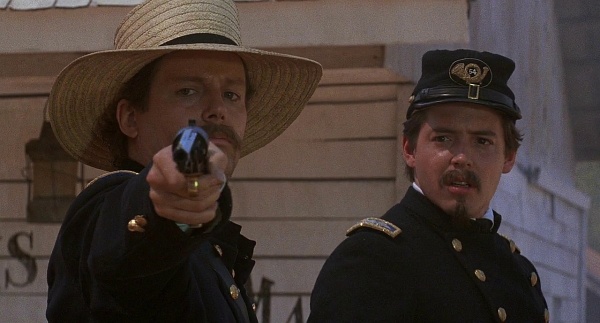 Col. Montgomery (Cliff De Young) casually shoots one of his own soldiers who is harassing a Confederate woman. 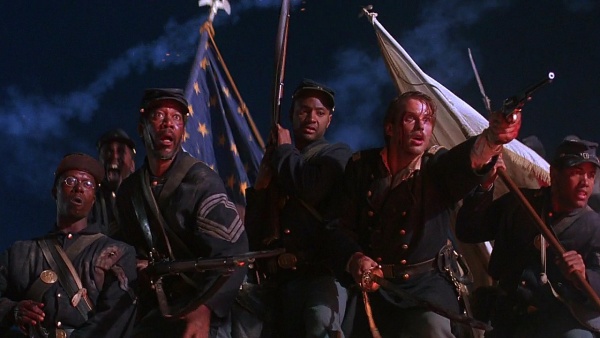 The reproduction Enfield Pattern 1853 rifle, made by EuroArms, London Armoury, used by the men of the 54th in the film. Also seen used by Confederate Troops as well. Incorrectly, the rifle muskets are presented as having serial numbers, which original Enfields lacked. As well, the EuroArms reproduction Enfield is actually of a variant which was NOT brought into North America during the Civil War. Instead, it represents the variant which was used in the Snider conversion. 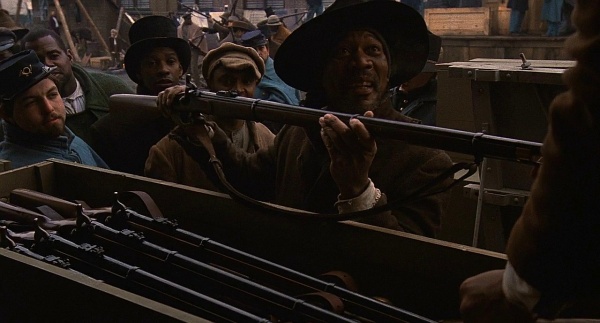 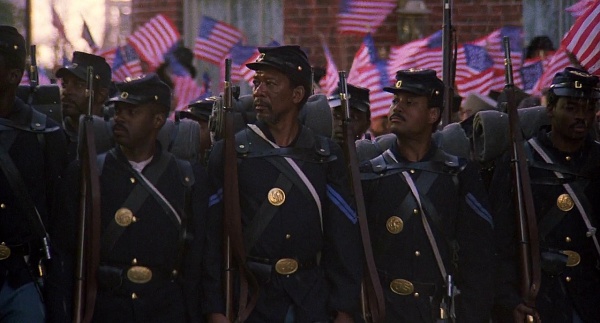 In the middle, Rawlins carries his Enfield while marching with other solders of the 54th. 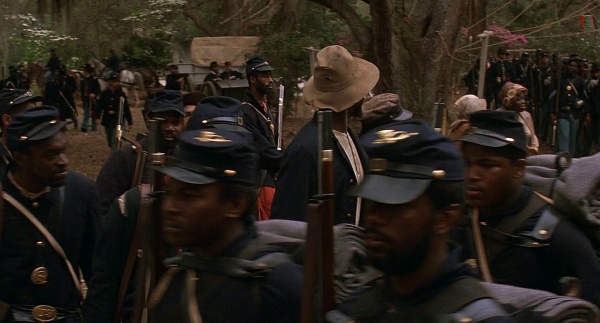 The men of the 54th carry their muskets. In the background, conscript soldiers ('contraband') also carry the rifle. 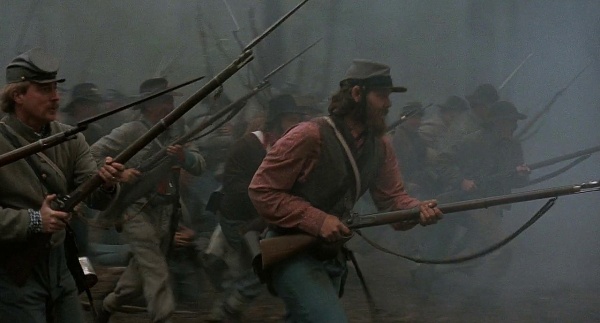 Confederate soldiers charge with their bayonet-affixed Enfields during the 54th's first engagement in the war, the Battle of Grimball's Landing. 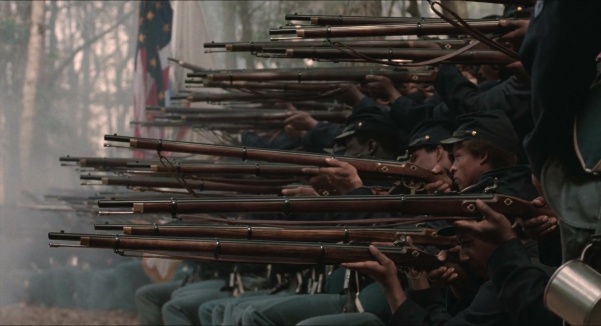 The men of the 54th prepare to fire during their first engagement. Note that every visible cocking handle is actually in the down position (as opposed to cocked and ready to fire) just as they are about to fire seconds later. 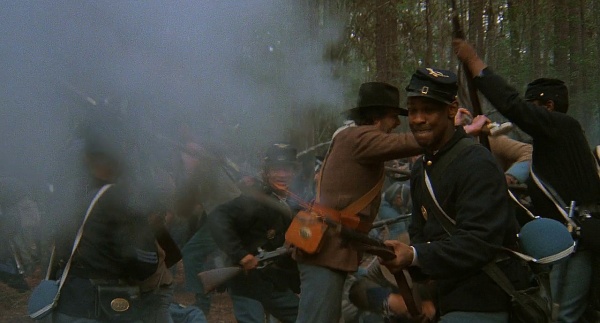 Pvt. Trip (Denzel Washington) fires his Enfield during the battle.

In the middle, both Rawlins and Sharts carry the rifle.
Retrieved from "https://www.imfdb.org/index.php?title=Glory&oldid=1535639"
Categories: