The Gepard PDW (Russian for Cheetah) is an experimental weapon, based on the AKS-74U. It was designed by Gennady Sitov and Aleksandr Shevchenko in 1995-1997 and suggested for law enforcement agencies but never put into service. The most interesting feature is that the Gepard can shoot no less than five different calibers without any swapping. With swapping out the bolt and barrel, the number of available calibers increases to fifteen.

Depending on the caliber, the weapon fires by blowback, delayed blowback, or gas operation; for most caliber changes, only a change in the recoil springs, bolt, and barrel is necessary. Only the use of the 9x30 Grom cartridge requires more modification due to the length of the 9x30 Grom. The wooden pieces of the AKS-74U have been replaced with plastic on the Gepard. 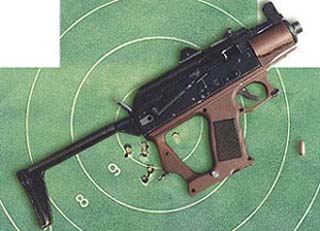 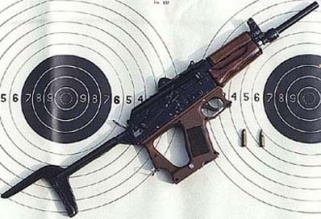 The Gepard PDW and variants can be seen in the following films, television series, video games, and anime used by the following actors: