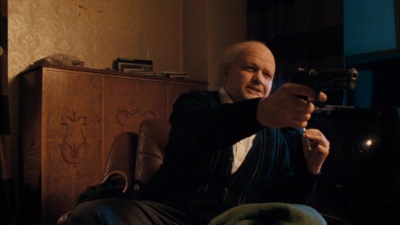 Georgi Staykov with an M1911A1 as Alexander Zalachenko in The Girl Who Played with Fire (2009).