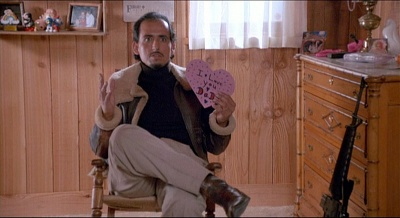 Gary Cervantes as Diaz sits, trying to negotiate with Matrix (Arnold Schwarzenegger) as his M16A1 with scope sits next to him in the film Commando (1985) He gets an unpleasant response.