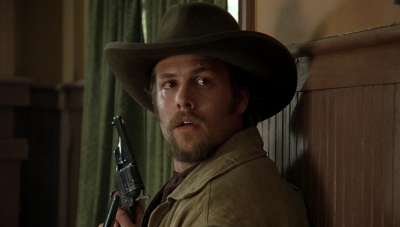 Gabriel Macht with a Colt Pocket as Frank James in American Outlaws.

Gabriel Macht is an American actor who has appeared in such films as Behind Enemy Lines, Bad Company (2002) and The Recruit in addition to his starring role as Harvey Specter in the USA Network series Suits. He also is the son of actor Stephen Macht.