The following weapons were used in the anime series Ga-rei:Zero: 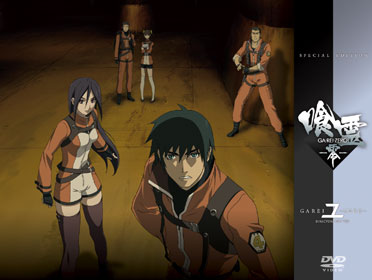 Two Walther P99 QPQs are used by Toru Kanze as his main sidearm. Both of them have laser sight attachments. 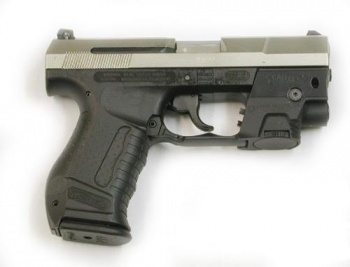 A two-tone Walther P99 fitted with a Walther Laser Module, as used in the original Underworld. 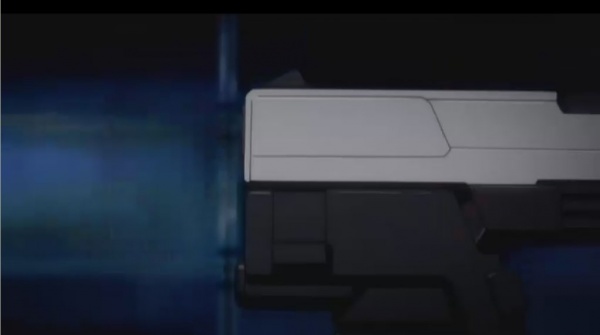 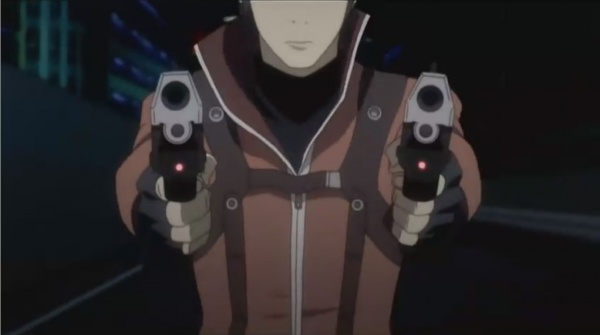 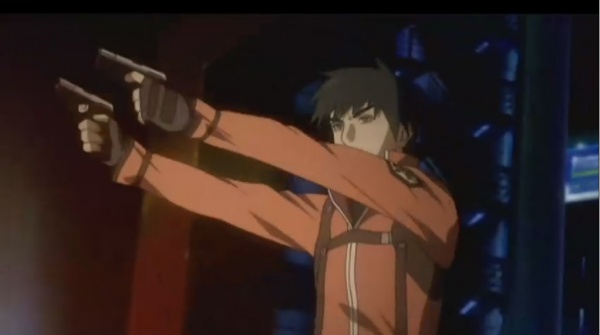 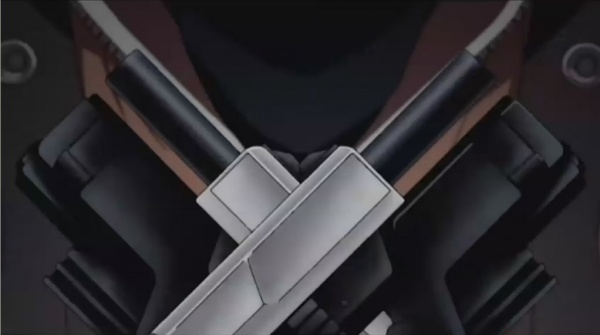 The QPQ's metal slides locked back. 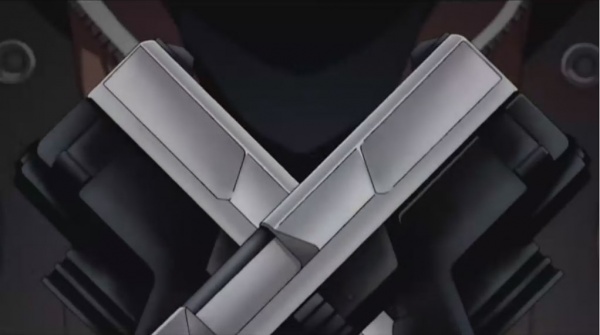 The Glock 17 is the main sidearm used by the 4th Division under the Paranormal Disaster Countermeasure Headquarters (PDCH). 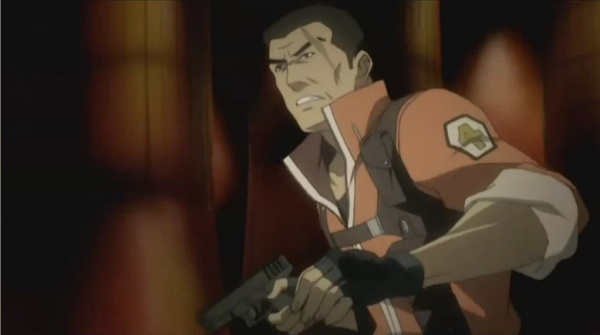 Kudo Kusono about to draw out his Glock 17. 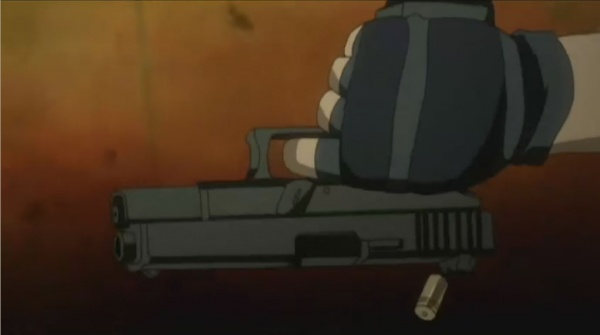 Glock 17 from Kudo's hand afer his arm was slashed by Yomi. 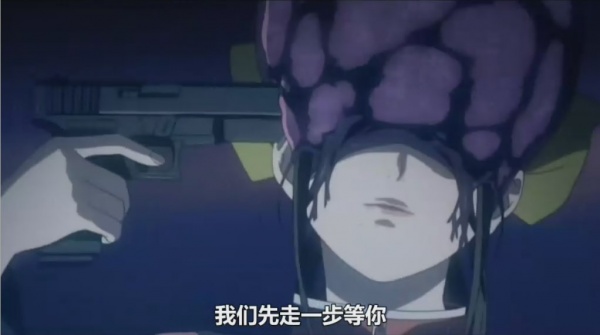 Mami Izumi using the Glock 17 to shoot herself, being under control of a demon.

A SDCD operator is armed with a FN P90. However, he is killed by Yomi and commandeers his weapons to gun down a joint PDCH/SDCD team. 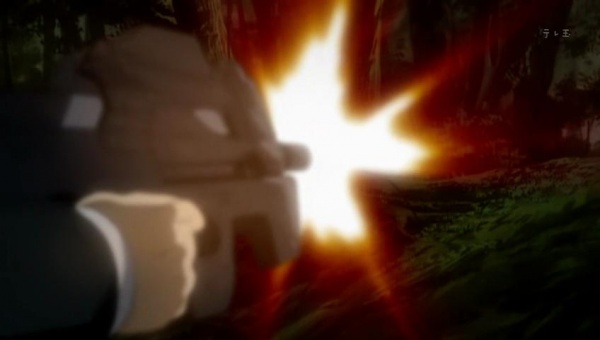 Closeup of a FN P90 being fired by SDCD operator. 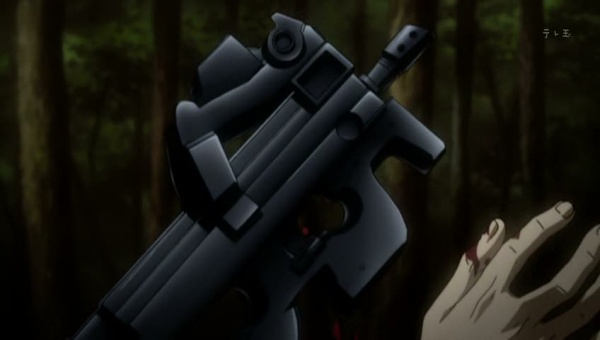 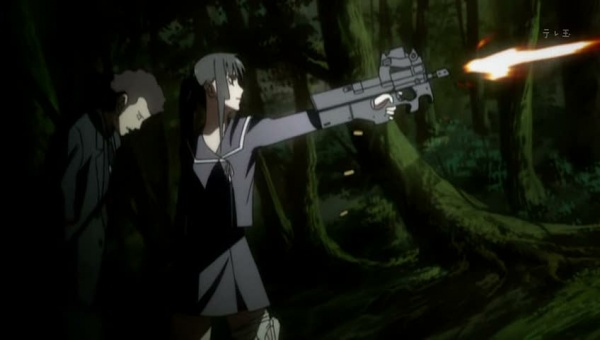 Yomi using the P90 to gun down the PDCH/SDCD team.

Colt M4A1s are used by PDCH 1st Division operators as their standard assault rifle. They are mounted with M203 grenade launchers. 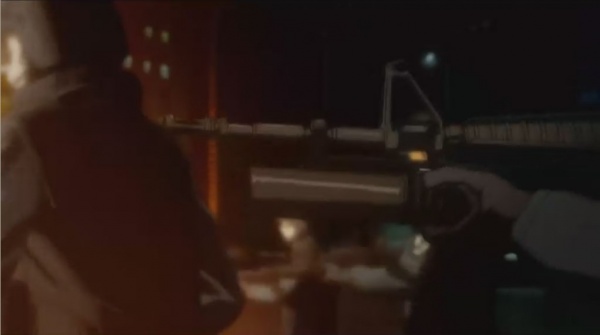 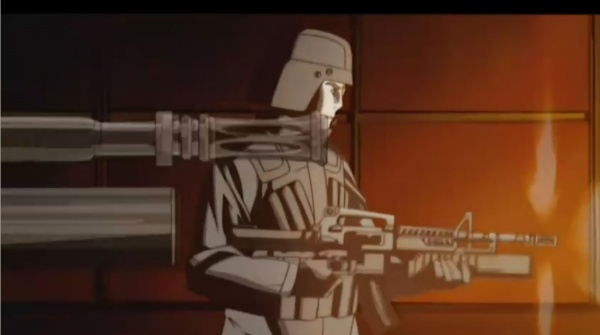 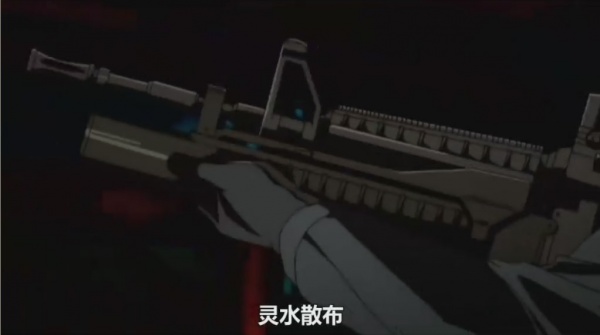 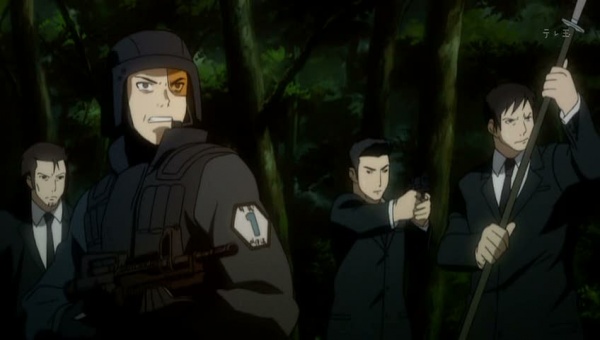 1st Division operator (Second from left) about to fire M4A1 at Yomi. 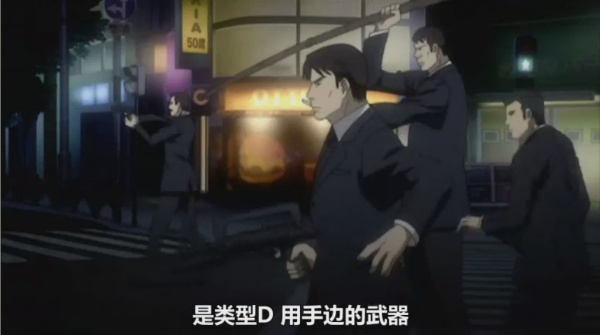 SDCD operator about to raise a FAMAS.

A red arrow points to the SDCD operator aiming the Steyr AUG. 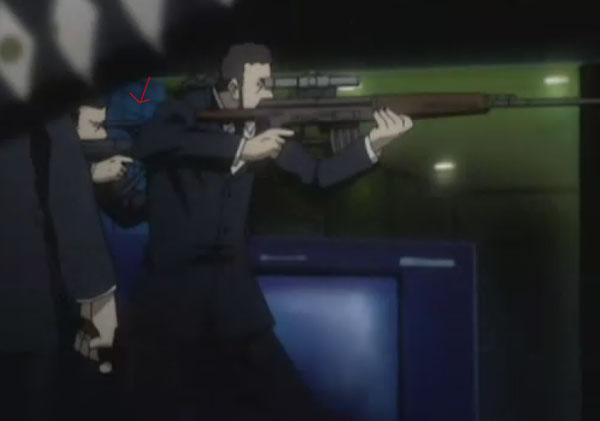 The Nabuu brothers use custom anti-paranormal shotguns to battle demons. One of the surviving Nabuu siblings use them in akimbo style to battle demons in a forest in order to cover Kagura's advance against Yomi. 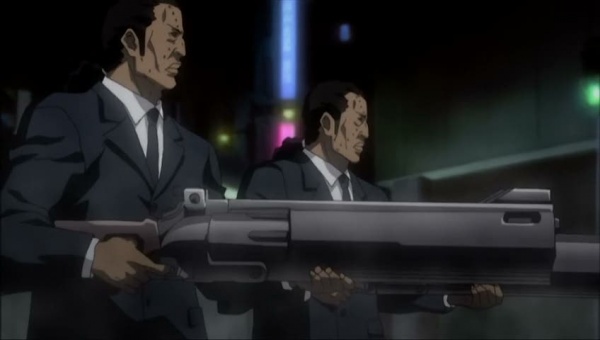 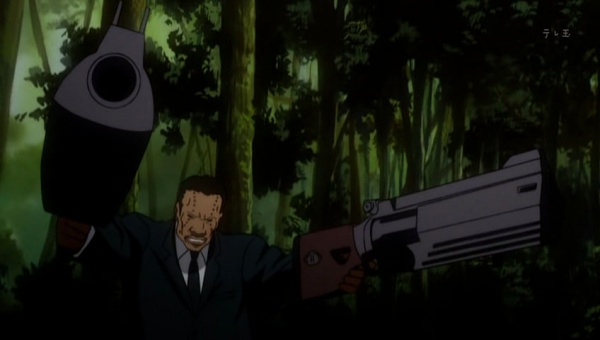 Nabuu using the shotguns in akimbo against demons.

A SDCD operator is armed with the SVD Dragunov. 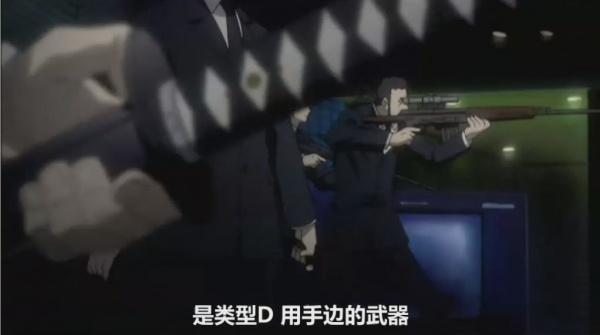 A PDCH-made sniper rifle is used by Toru to gun down a kasha demon. 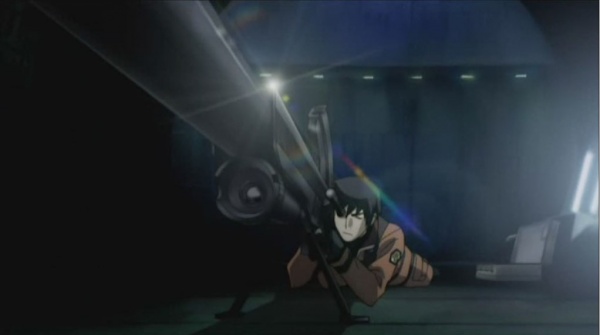 An anti-demon suitcase made by the SDCD, it was primarily used by Kazuki as a melee and small arms weapon. After his death, Iwahata temporarily uses it to supplement his anti-demon drill hand devices before the events of the manga, where he ditches the Number 23 completely. 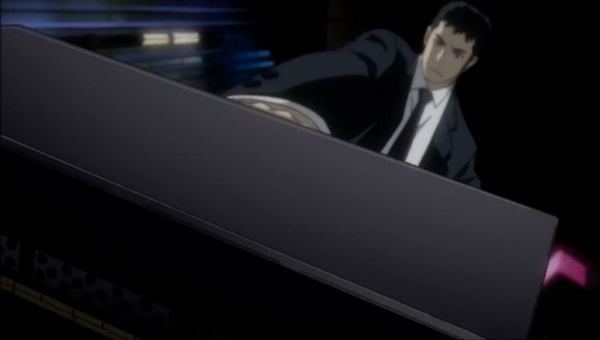 Kazuki using the Number 23's gun ports to destroy the zombie's head after evil spirits corrupted the corpse of a 1st Division commando. 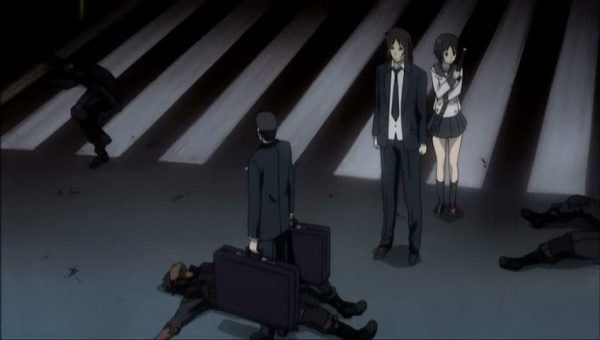 Kazuki confronting Kagura and Noriyuki. Here he holds two of the Number 23s as his main weapons. 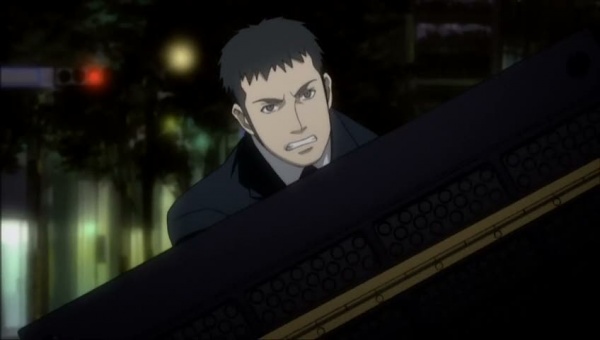 Kazuki aiming the Number 23's guns at a renegade Yomi. 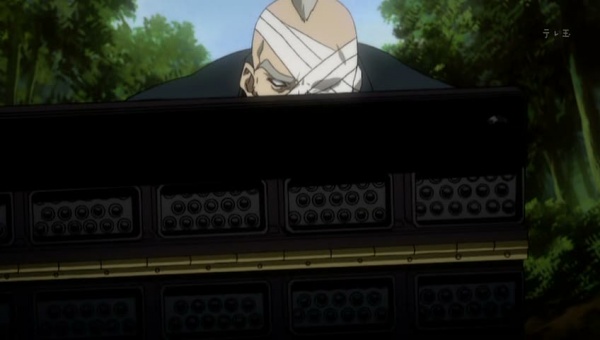 Iwahata using the Number 23 to fire at incoming demons. 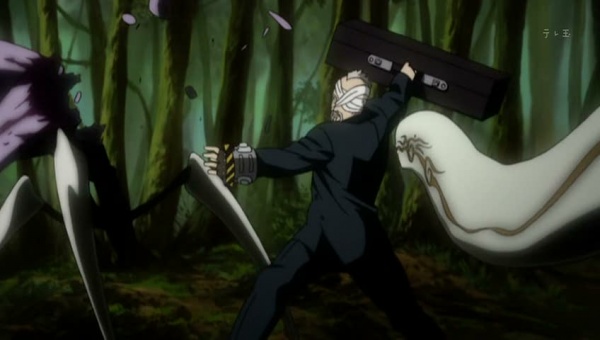 Iwahata smacking a demon's head with the Number 23.
Retrieved from "https://www.imfdb.org/index.php?title=Ga-rei:_Zero&oldid=915942"
Categories: