The following weapons were used in the film Future Century Amazons:

A Para-Ordnance LDA with a long slide is Yukie's (Maki Aoyama) duty sidearm. At the film climax, it briefly appeared in the hands of Maki Amemiya (Kyôko Maki) and Shinji (Ryô Asagiri). 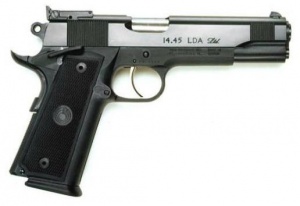 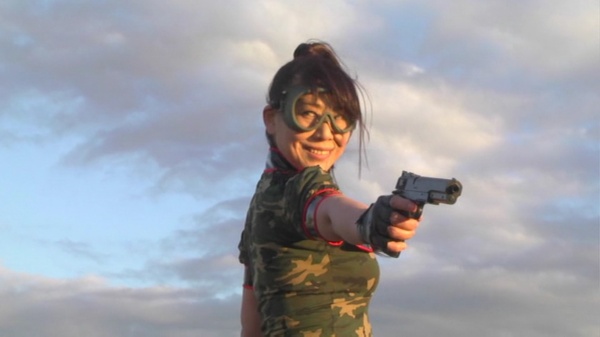 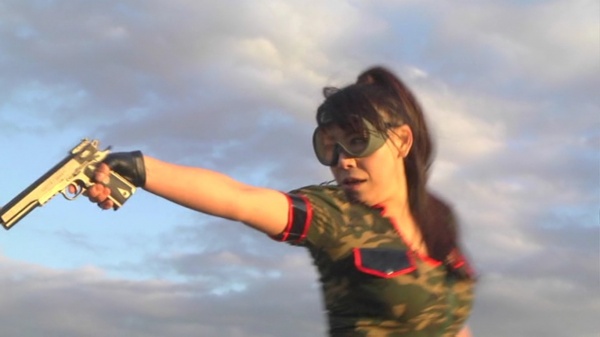 A good view of Yukie's pistol. 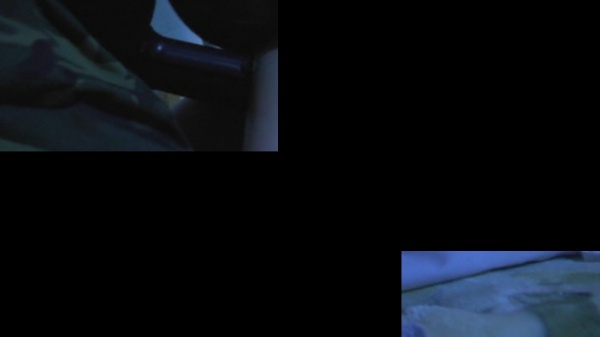 The grip of Yukie's pistol is seen (nudity is censored). 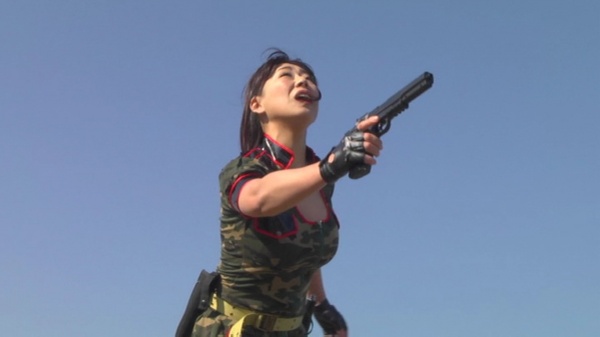 Mortally wounded Yukie pulls her pistol at the film climax. 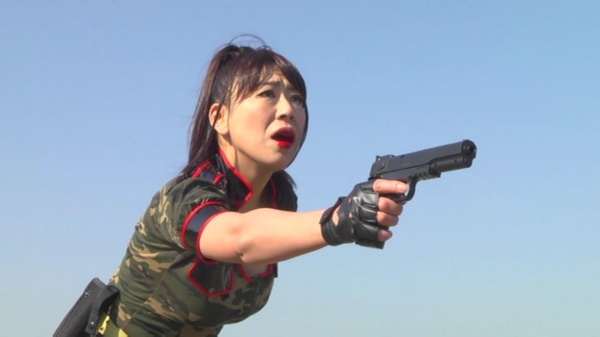 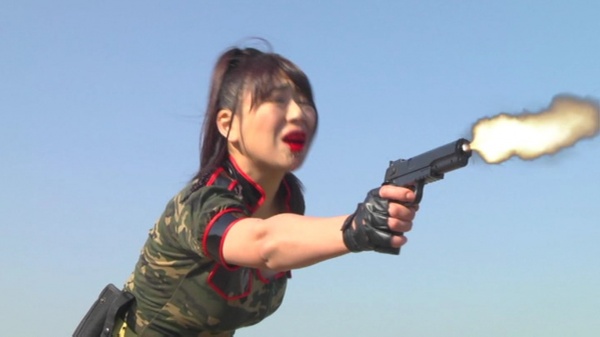 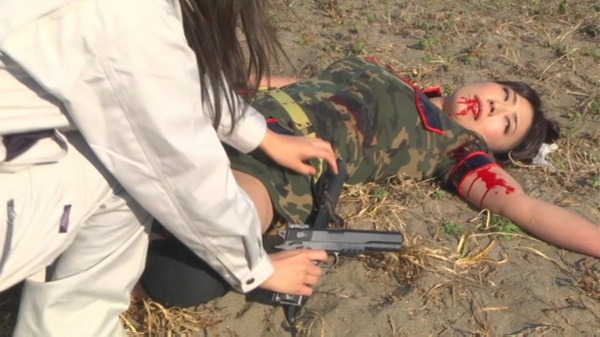 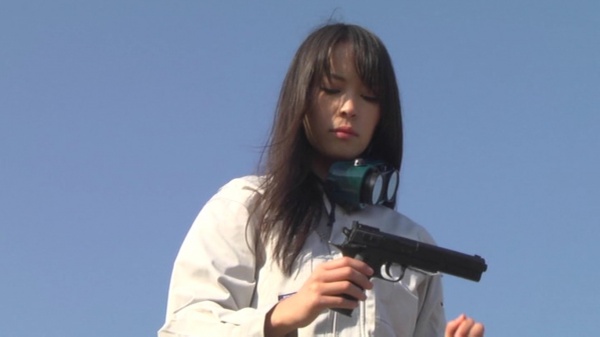 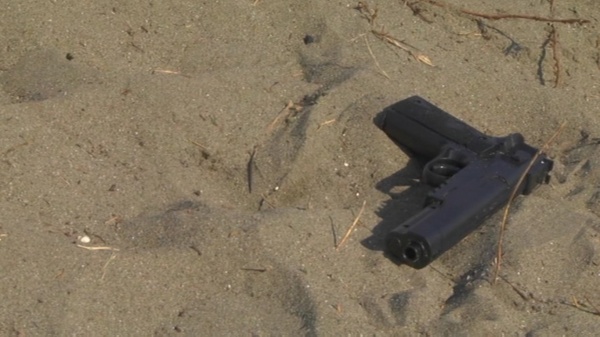 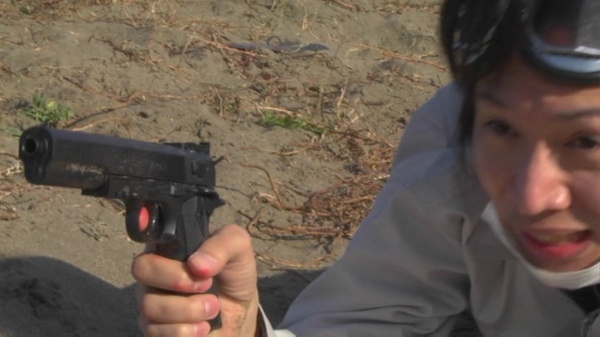 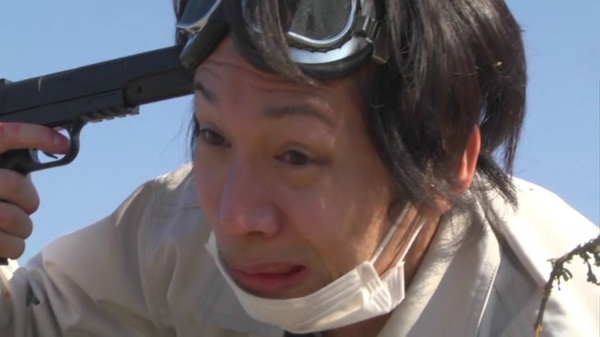 Shinji puts the pistol to his own head.

At least one soldier briefly holds a Heckler & Koch MP5A4 during the attack on the Love Liberation Front's base. 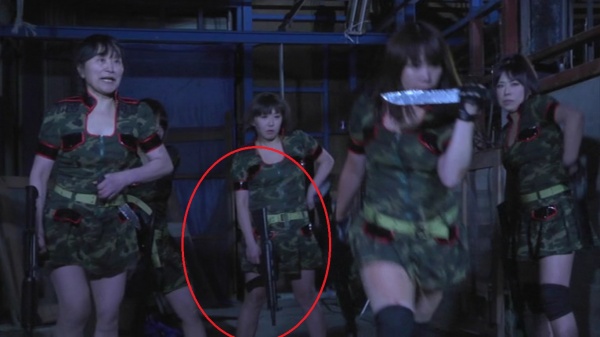 Soldier holds the MP5 (circled in red). All other soldiers are armed with Colt 653 carbines. 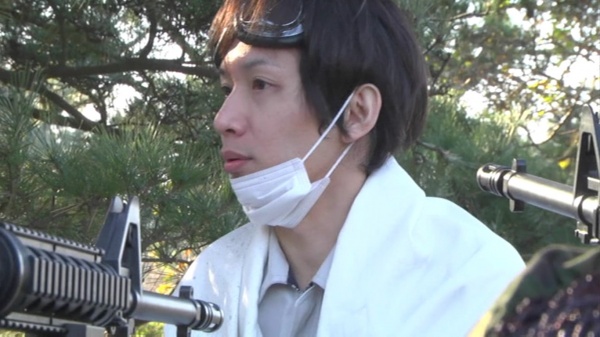 Soldiers hold Shinji (Ryô Asagiri) at gunpoint with their rifles. 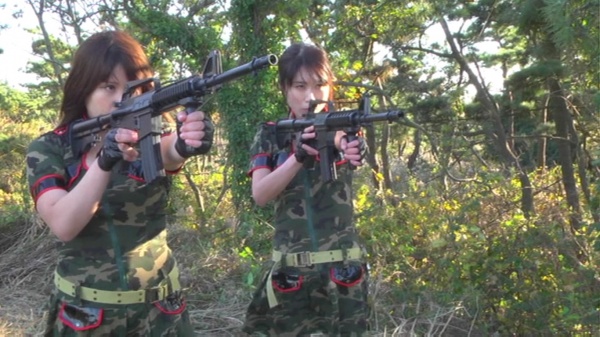 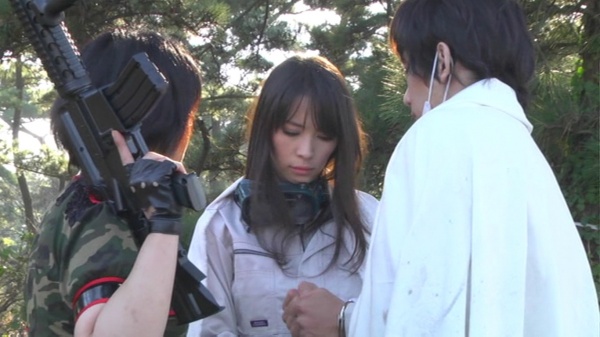 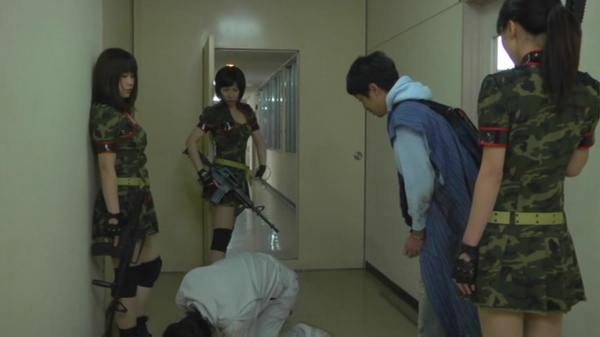 Soldiers hold the guns after brutally beating Shinji with the buttstocks of their rifles. 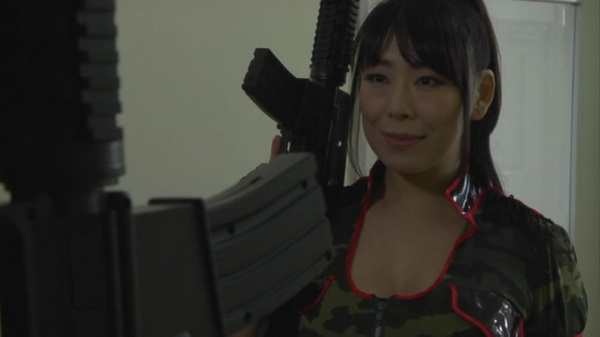 Yukie and Harue talk, while hold their rifles. 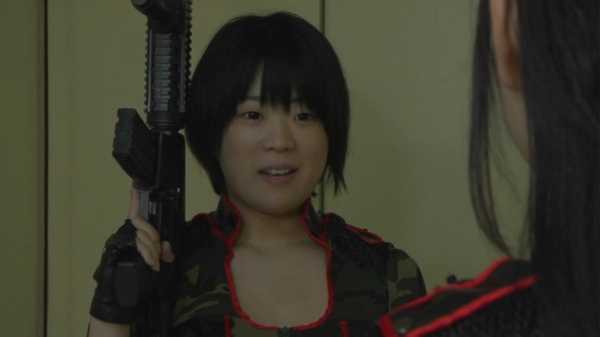 Harue holds the rifle, while on duty. 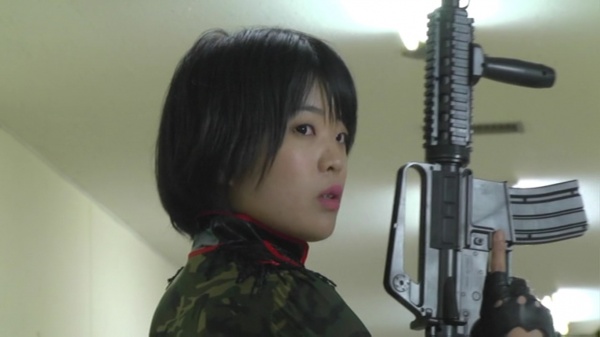 A good view of Harue's rifle. 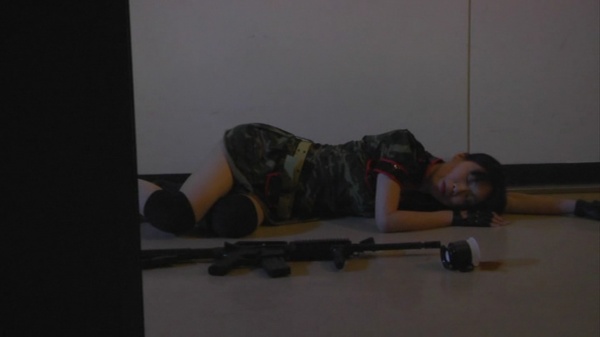 The rifle is lying near the body of killed soldier. 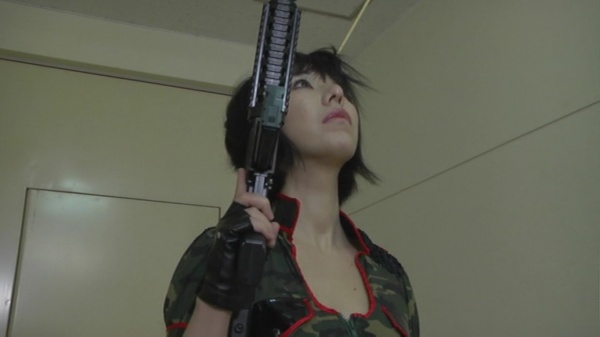 Slayed soldier still holds the rifle right after being shot to forehead by the arrow. 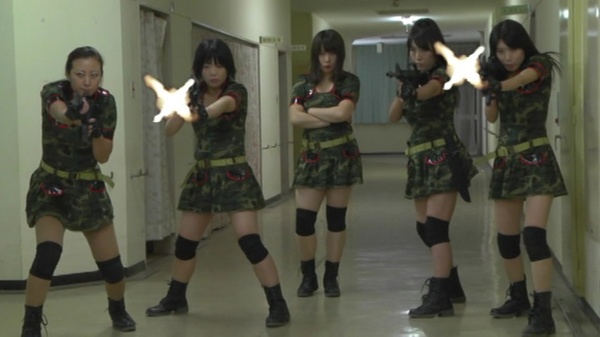 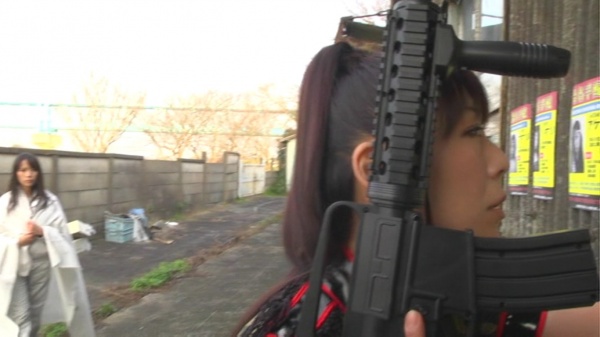 A good view of the rifle in Yukie's hands. 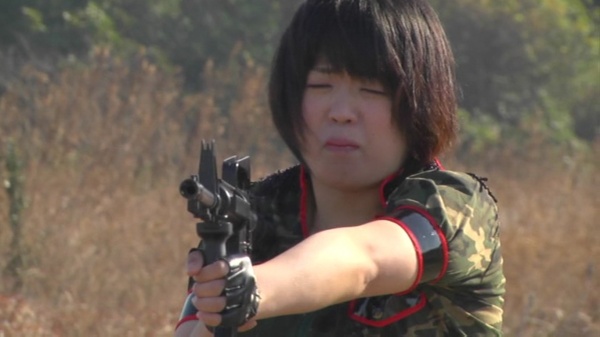 Mortally wounded Harue fires the rifle at the film climax.

What appeared to be a M2 Flamethrower was used by the soldier during the attack on the Love Liberation Front's base. 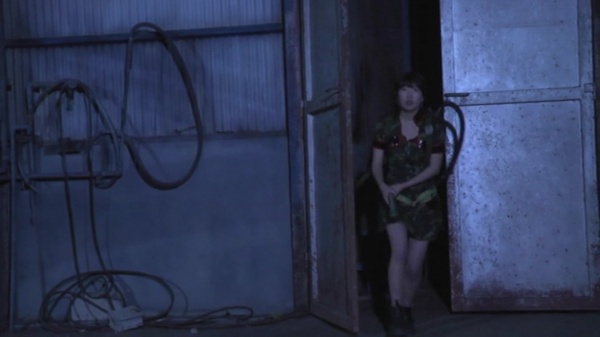 Soldier bursts in the room, flamethrower in hands. 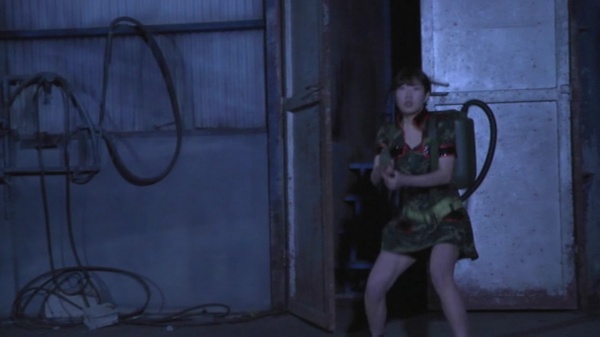 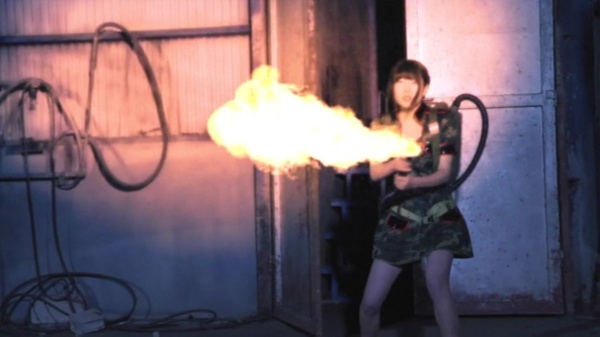 ...and burns terrorists to death.
Retrieved from "https://www.imfdb.org/index.php?title=Future_Century_Amazons&oldid=1452015"
Categories: