Formula of Love (Formula lyubvi) is a Soviet 1984 made for TV romantic comedy directed by Mark Zakharov and loosely based on the story "Count Cagliostro" by Aleksei Tolstoy. The movie depicts the adventures of Italian adventurer and occultist Count Alessandro di Cagliostro in Russia in 1780. A young aristocrat Aleksei Fedyashev who greatly trusts in Cagliostro's "magical abilities" approaches with a request for help: Aleksei falls in love to a beautiful statue in his estate and he decides to ask the Count to bring the statue to life.

The following weapons were used in the film Formula of Love (Formula lyubvi): 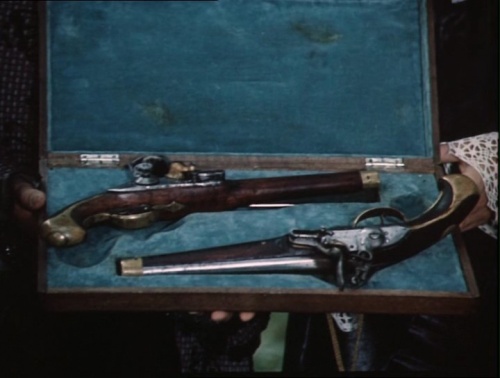 Two pistols are prepared for duel. 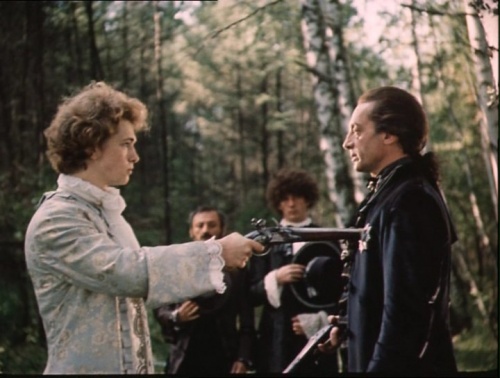 Cagliostro calmly waits if Aleksei would have enough courage to fire point-blank. 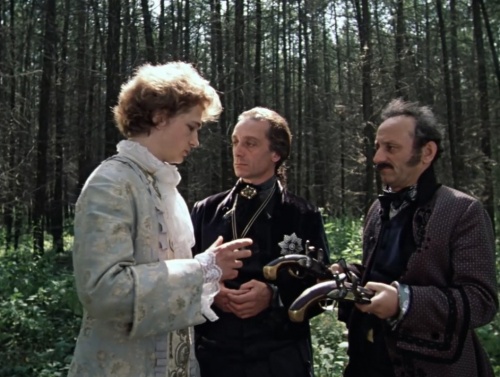 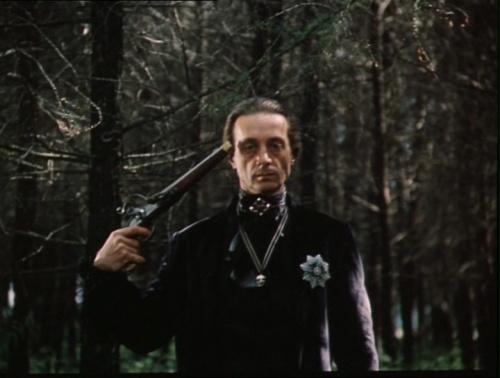 Cagliostro holds the pistol at his head. 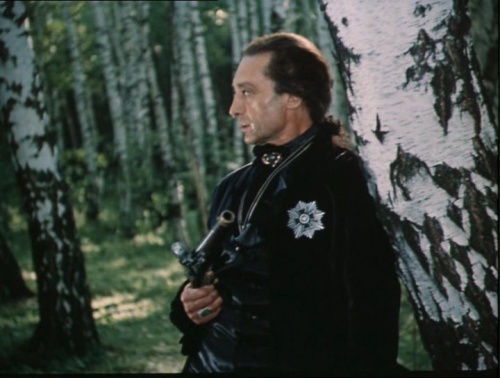 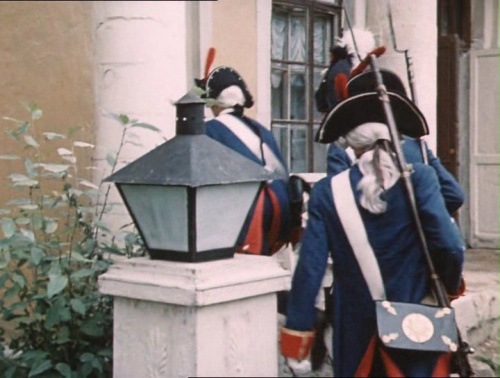 Soldiers enter the estate. The straight bolt handle can be seen. 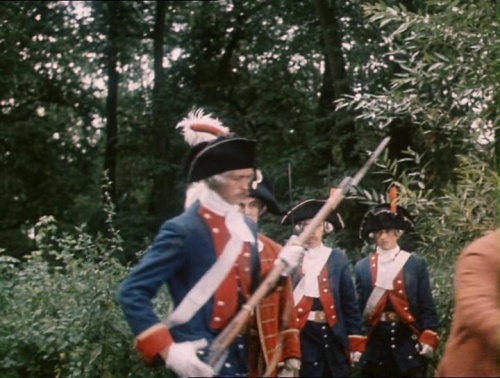 What appears to be a kind of Kabyle Musket is used as a decoration in Fedyashev's estate. 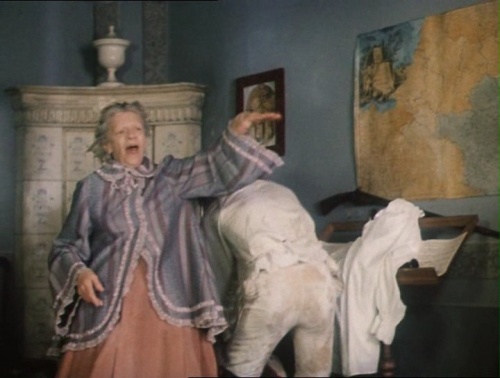 A musket is seen on the wall below the map.
Retrieved from "https://www.imfdb.org/index.php?title=Formula_of_Love_(Formula_lyubvi)&oldid=1374208"
Categories: