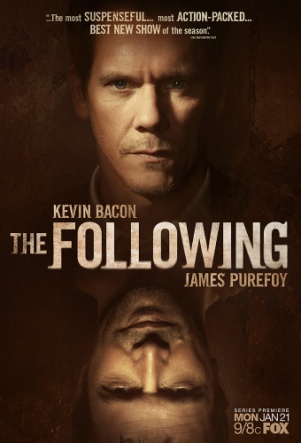 The Following is a television crime series created by Kevin Williamson (writer of the original Scream) that premiered in the US on January 21, 2013 on the FOX network. Kevin Bacon stars in the series as Ryan Hardy, a former FBI agent who comes out of retirement to help the Bureau recapture Joe Carroll (James Purefoy), the serial killer who has escaped from prison with the help of his followers on the outside. The series aired for three seasons until 2015.

The following lists the seasons of the series The Following: