Flatfoot in Hong Kong (original title Piedone a Hong Kong), also released as Flatfoot Goes East is a 1975 Italian crime comedy directed by Steno. It's a second film about the adventures of Naples police Commissioner Rizzo (Bud Spencer), known as "Flatfoot". Rizzo's investigation of the drug ring activities and the search of a "mole" in police leads him to Far East. The film is preceded by Flatfoot (1973) and followed by Flatfoot in Africa (1978) and Flatfoot in Egypt (1980).

The following weapons were used in the film Flatfoot in Hong Kong:

In the final scene Frank Barella (Al Lettieri) is seen with an M1911A1 pistol. 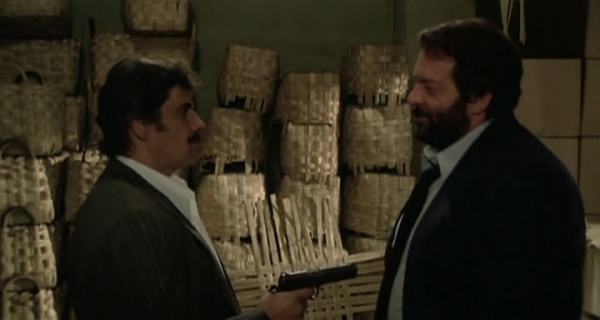 A snub nose revolver that appears to be a Smith & Wesson Model 36 is seen in hands of Mimi "The Goldhand" (Francesco De Rosa) in the scene in Bangkok airport. 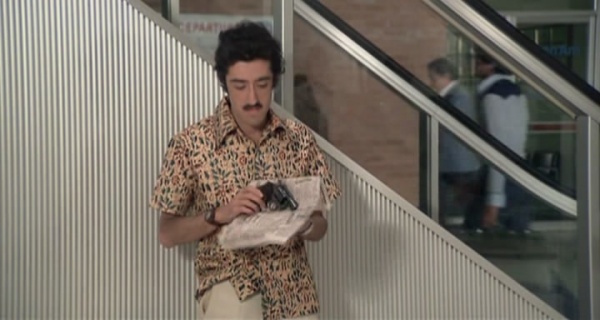 Numerous characters carry revolvers and pistols that cannot be identified due to large distance. 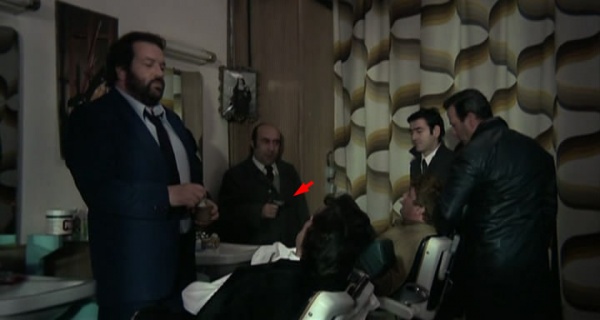 Sgt. Caputo (Enzo Cannavale) holds a pistol at the background. 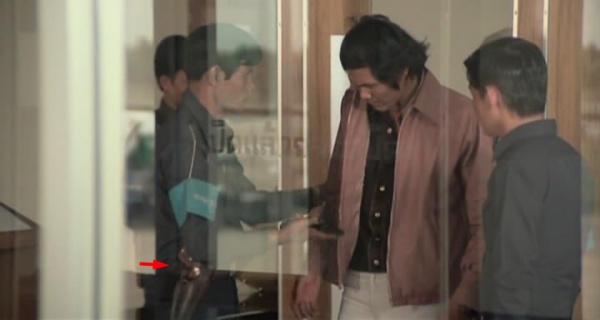 A security guard in Bangkok airport carries a pistol in holster. 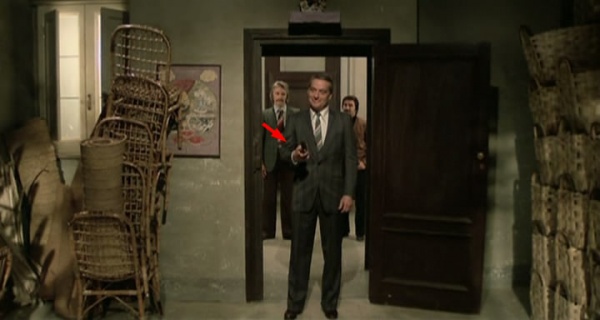 Sam Accardo (Robert Webber) enters the room with a pistol in hand. 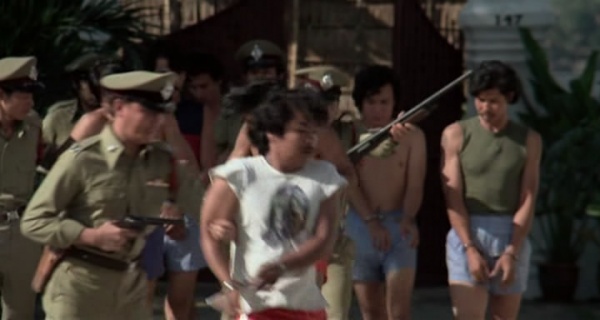 A Bangkok police officer (at the left) holds a revolver. 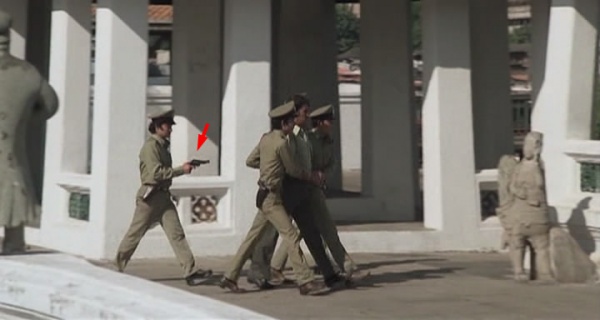 Another Bangkok police officer with a revolver in the same scene. 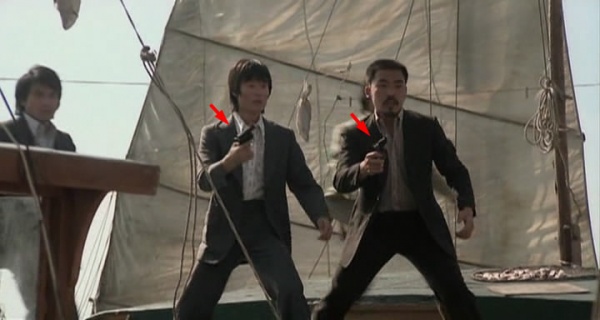 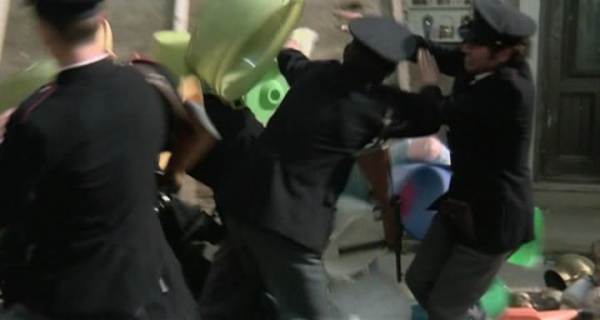 A policeman with Beretta SMG in brawl. 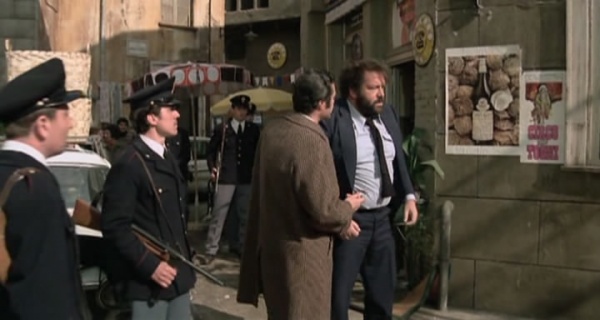 A policeman with Beretta SMG. The slim barrel allows to identify it as Model 38/44.

A killer in Hong Kong uses an MP40 SMG. MP40s are also seen in hangs of Macau police. 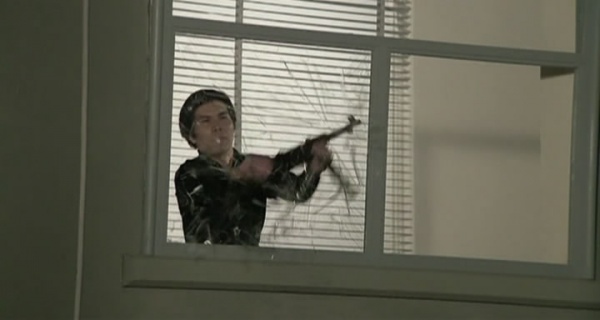 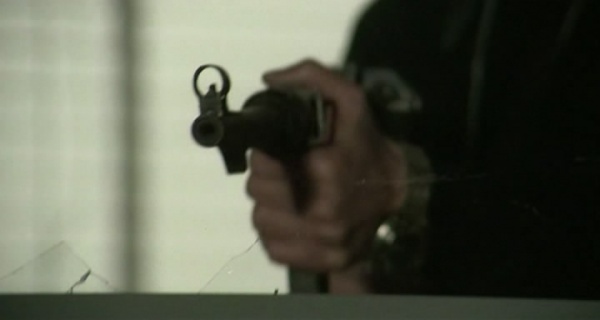 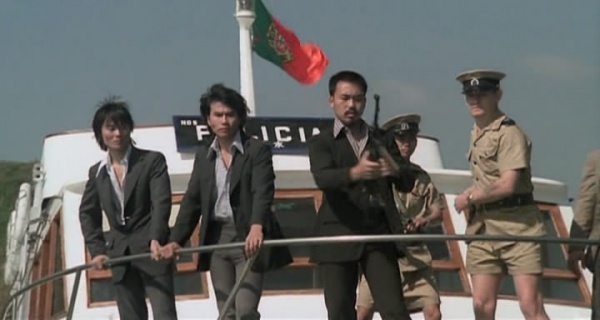 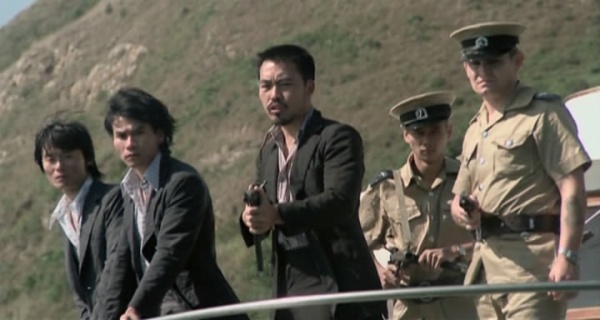 A Macau police officer is seen with an SMG that appears to be a Sterling SMG.

A uniformed police officer at the left holds a Sterling.

In one scene a Bangkok police officer holds a pump action shotgun that appears to be a Remington Model 870.

The barrel and pump are seen. 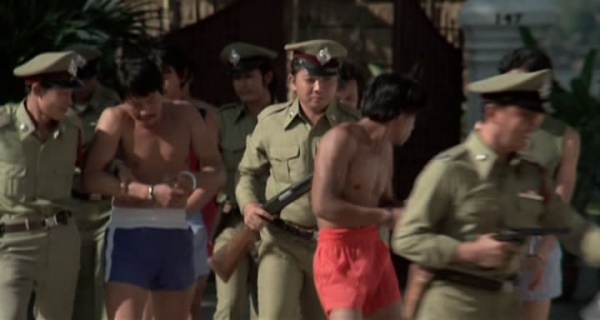 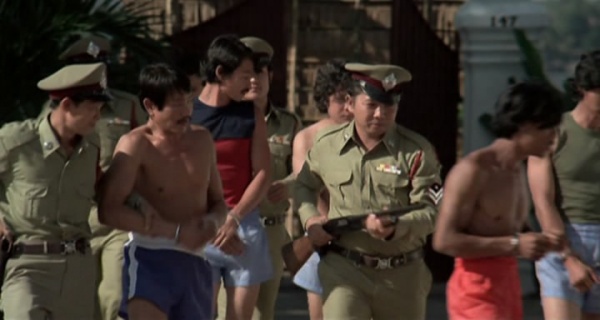 One more view of the shotgun.

Numerous US Navy ships are seen in Hong Kong. 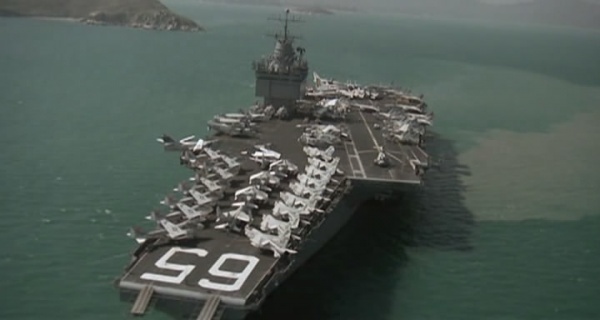 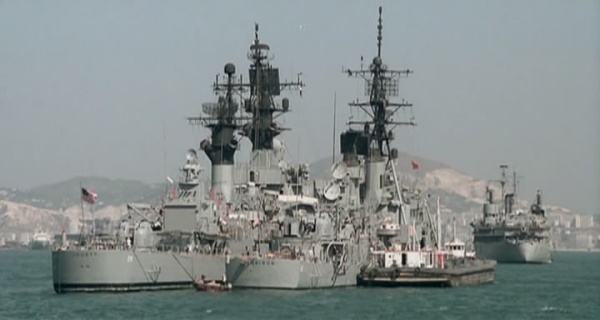