Failure of Engineer Garin (Krakh inzhenera Garina) is a Soviet 1973 science fiction mini series, the second screen adaptation of the novel "Giperboloid inzhenera Garina" by Aleksey Tolstoy (also released in English as "The Garin Death Ray"). Unlike the 1965 B&W movie that was very close to original text, this version is very loosely based on the novel.

The following weapons were used in the film Failure of Engineer Garin (Krakh inzhenera Garina):

Rolling's hired gun Tyklinsky (Vladimir Tatosov) carries a Nagant M1895 revolver of anachronistic post-1930 version. In the final scene one of Shefer's henchmen is armed with a Nagant. 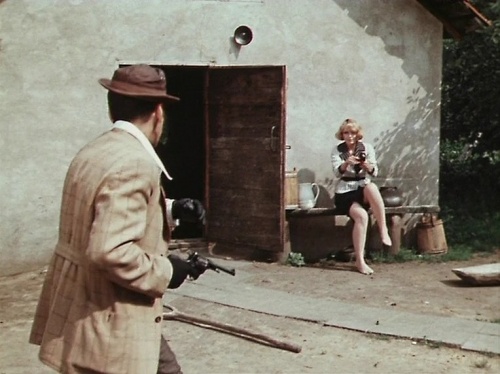 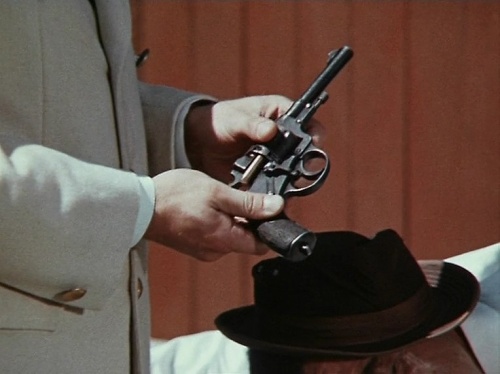 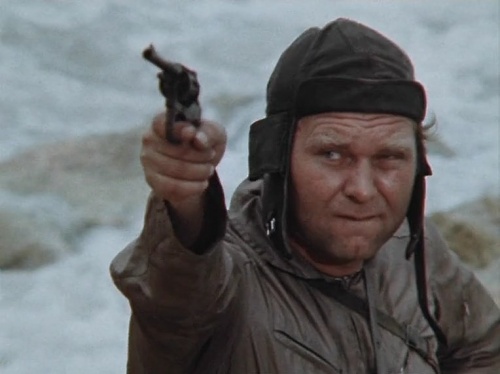 When Shelga is kidnapped from hospital, one of Shefer's henchmen holds an FN Model 1900 pistol. 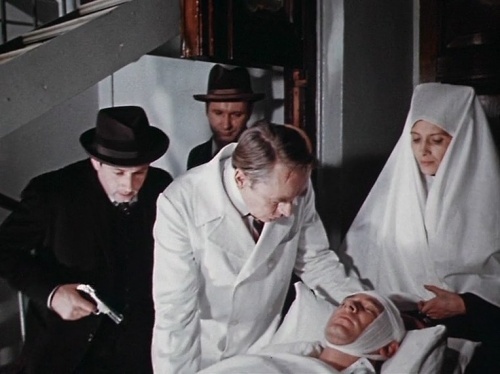 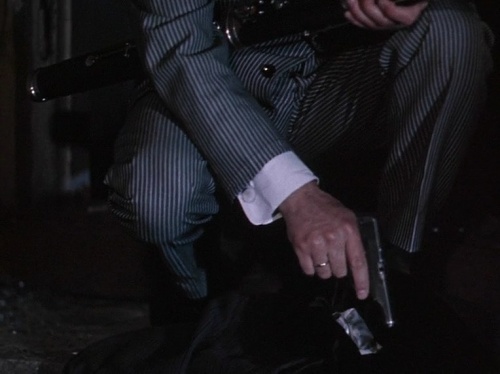 Garin picks up the pistol. The gun is deactivated, the hole is seen in the ejection port. 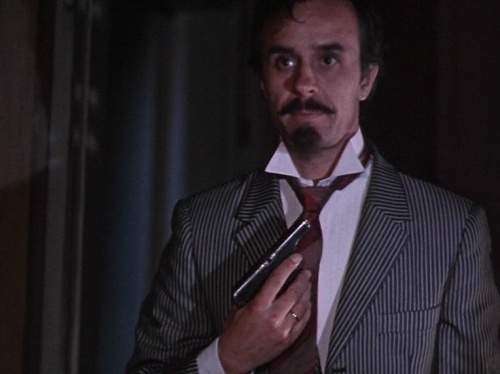 Several of Shefer's henchmen are seen with Luger P08 pistols in several scenes. 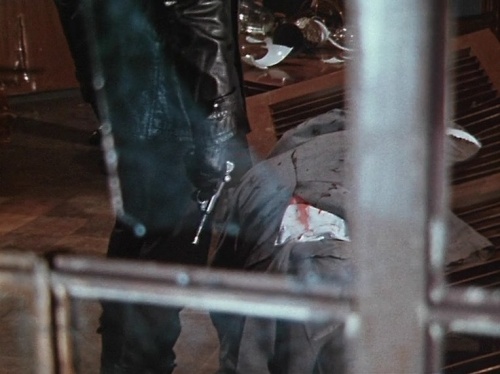 A henchman stands over the body of Dr. Wolf with a Luger in hand. 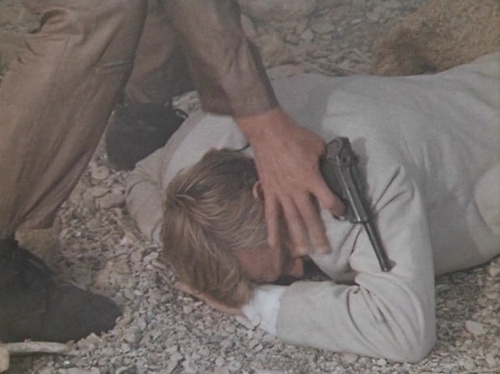 One of the trio of henchmen in the final scene holds a Luger. 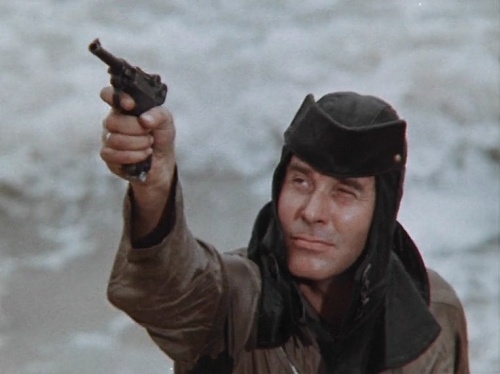 Another henchman fires his Luger.

During the voyage on Rolling's vessel Arizona both Rolling (Vasili Korzun) and Garin (Oleg Borisov) carry Walther Model 4 pistols (it is the same movie prop). 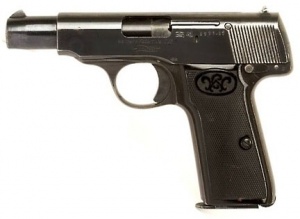 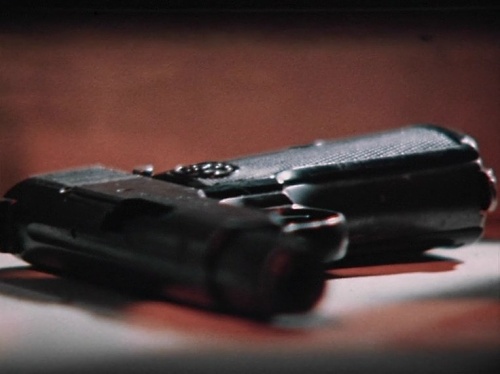 Rolling's pistol on the table. 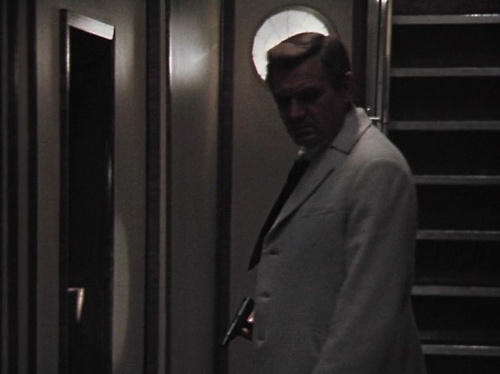 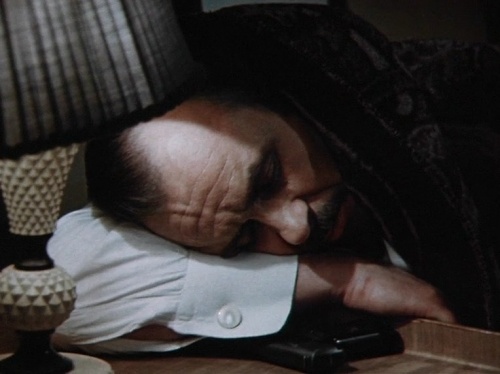 Garin sleeps with his pistol at hand. 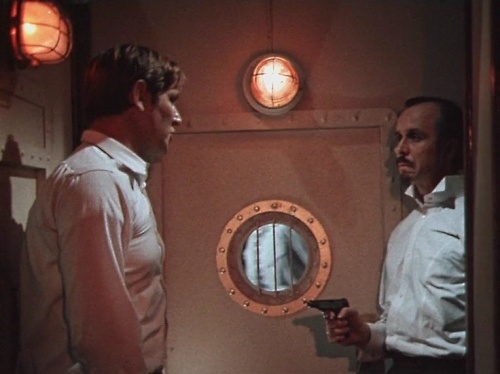 What appears to be an anachronistic Walther PP is hold by a criminal Gaston "Duck Nose" (Yefim Kopelyan). 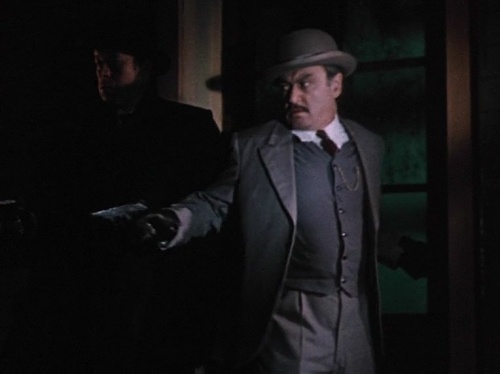 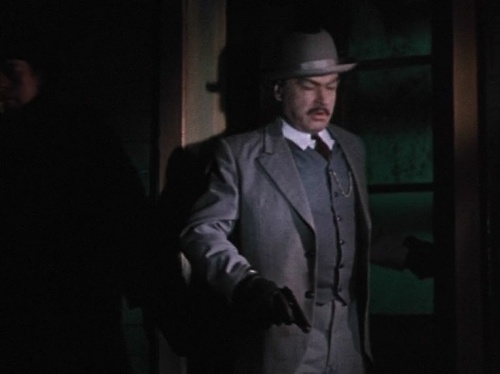 Another view of Gaston's pistol.
Retrieved from "https://www.imfdb.org/index.php?title=Failure_of_Engineer_Garin_(Krakh_inzhenera_Garina)&oldid=1169752"
Categories: