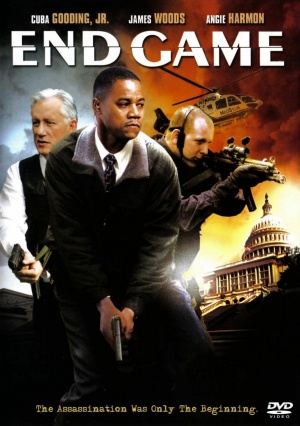 End Game is a 2006 DTV (direct to video) political thriller starring Cuba Gooding Jr. as Alex Thomas, a Secret Service agent who works with reporter Kate Crawford (Angie Harmon) to find out who was behind the assassination of the President of the United States. The film also co-stars James Woods, Burt Reynolds, and Anne Archer.

The following weapons were used in the film End Game:

The SIG-Sauer P228 can be seen in the hands of Secret Service agents throughout the film including Agents Vaughn Stevens (James Woods), Alex Thomas (Cuba Gooding Jr.), and Brian Martin (Patrick Fabian). 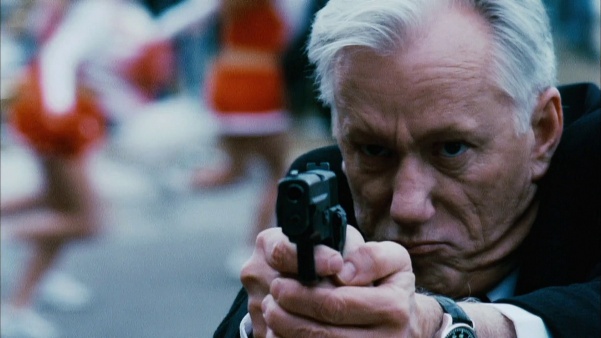 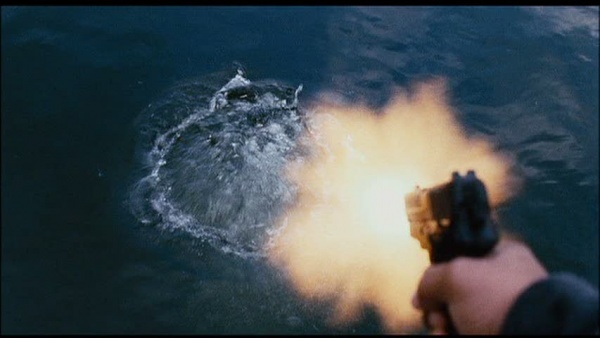 One of Baldwin's men firing his P228 into the water where Kate Crawford (Angie Harmon) is creating bubbles as a distraction.

A Beretta 92FS can be seen in the hands of Baldwin (Peter Greene) and his men. 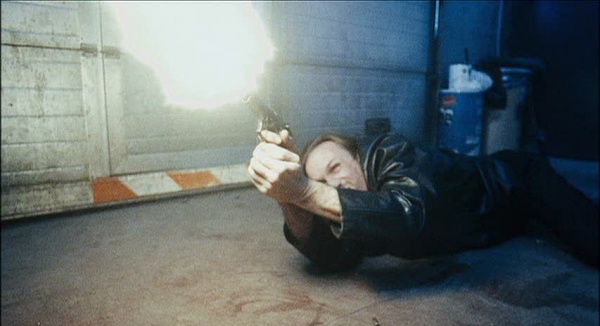 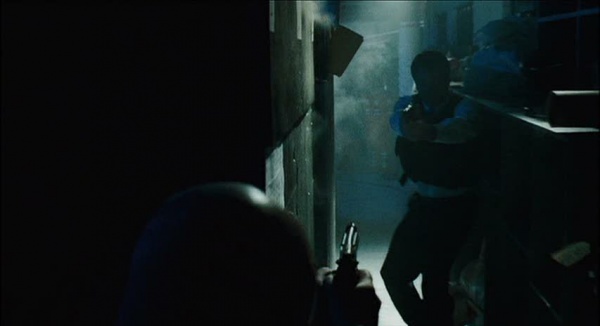 One of Baldwin's men aims a Beretta at Martin but gets killed before he could use it. It seems like this Beretta is a prop due to the barrel looking like it is bent.

A Glock 17 can be seen in the hands of one of Baldwin's men sent to kill both Crawford and Thomas. 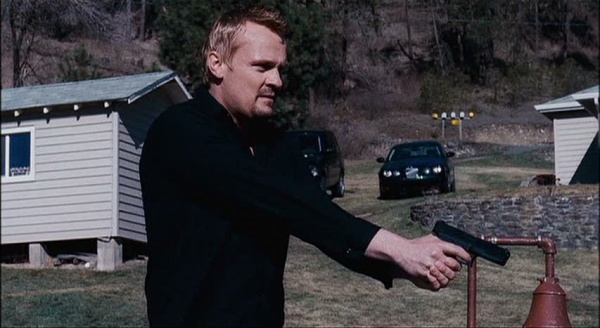 One of Baldwin's men searching for Thomas and Crawford with Glock in hand.

A Smith & Wesson Model 19 is used by the assassin Lewis Detimore (Patrick Treadway). An interesting note is that in the movie, the President was said to have a gunshot wound to the head but the bullet curved after hitting Thomas's hand and looked more like it hit the President in the chest. In reality, no Secret Service agent would put their hand out to stop a bullet, they would throw their body in front of it, but if Thomas did this, it would have been a 3-minute movie. 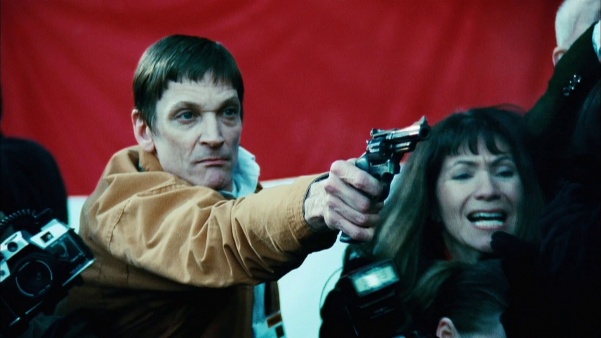 Lewis Detimore (Patrick Treadway) firing his Model 19 at the President.

USSS snipers can be seen with Remington 700PSSs. 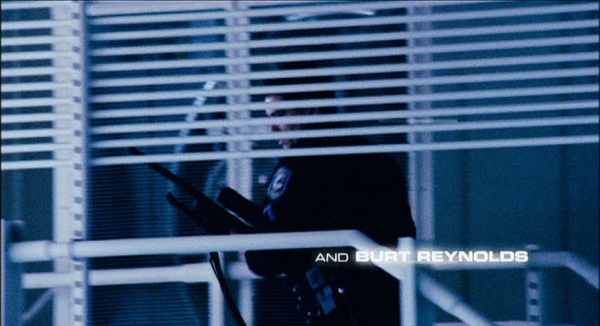 A police officer patrolling the grounds with a Remington 700 during the opening credits. 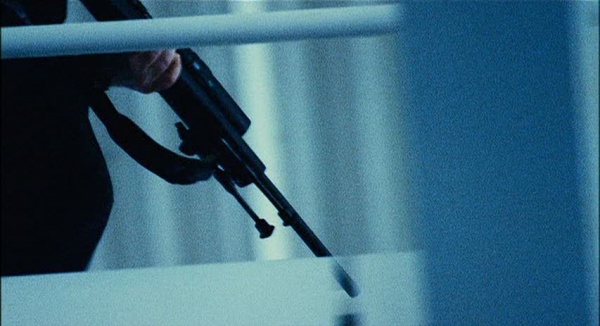 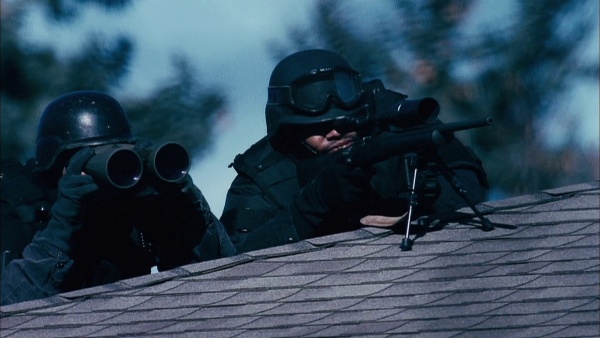 Heckler & Koch MP5A2s fitted with Surefire dedicated forends and red-dot sights can be seen in the hands of Secret Service agents during the assault on the warehouse. 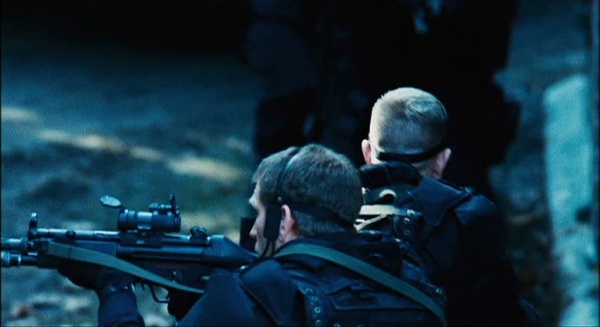 Agents armed with MP5A2s getting in position at the warehouse. 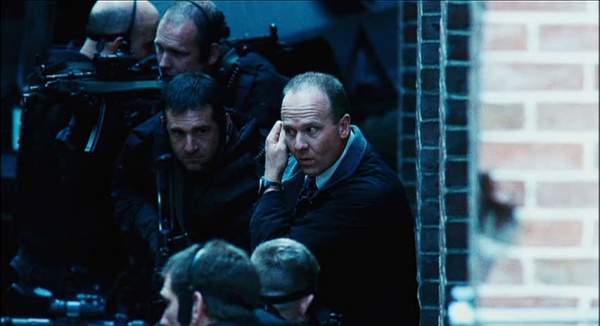 Agents prepare to enter the warehouse. 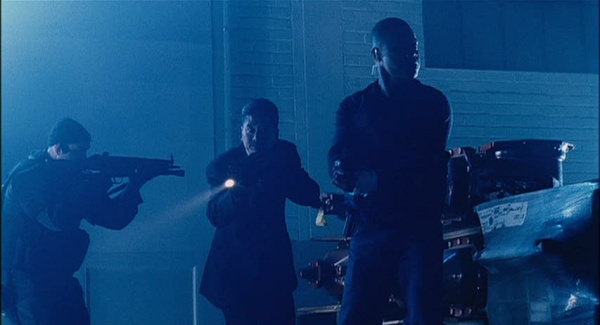 An agent enters the warehouse with MP5A2 at the ready.

The Intratec AB-10 can be seen in the hands of Jack Baldwin (Peter Greene). 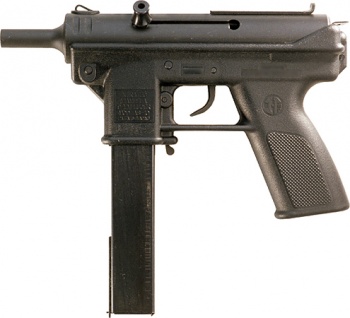 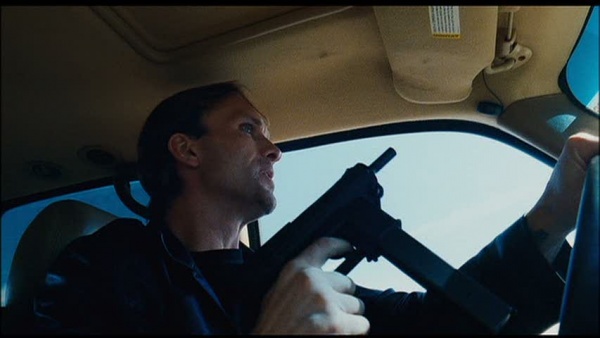 Baldwin driving with one hand and his AB-10 in his other. 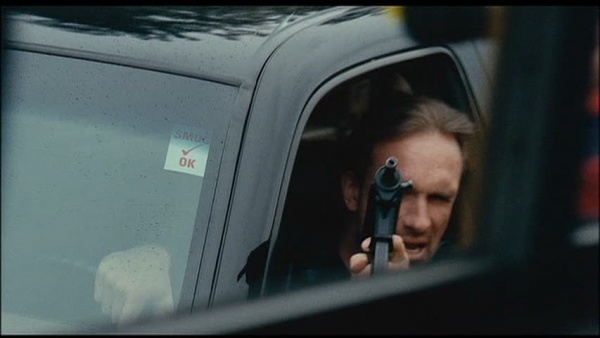 'Bang' Baldwin pretends to fire on a school bus filled with kids before being shot in the face with water by a girl on the bus.

A Uzi can be briefly seen in the hands of Baldwin's men during the warehouse shootout. 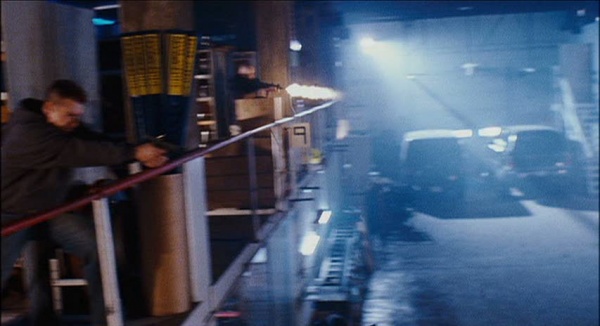 One of Baldwin's men fires a Uzi at Thomas and his team.

A 12 Gauge Double Barreled Shotgun can be seen in the hands of General Montgomery (Burt Reynolds) as he shoots skeet in the backyard of his mansion. There isn't exactly a good close view of the whole gun so identifying make and model will be difficult. 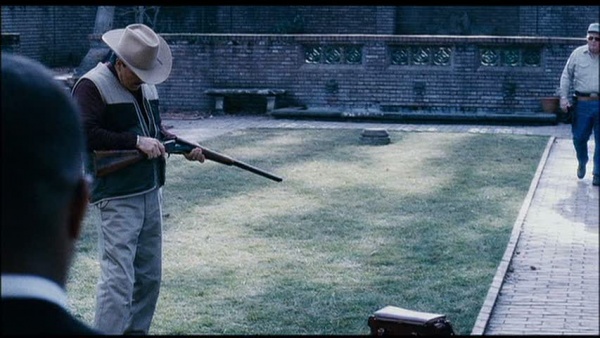