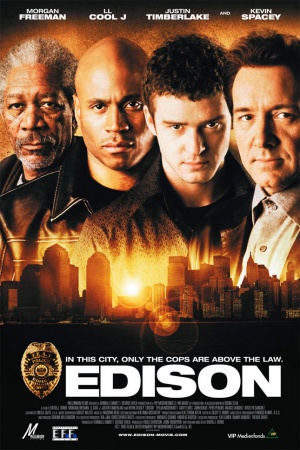 The following weapons were used in the film Edison, aka Edison Force:

One of the robbers holds a Beretta 92FS to the head of a dancer he has taken hostage.

One of the Security guards uses a Glock 17. 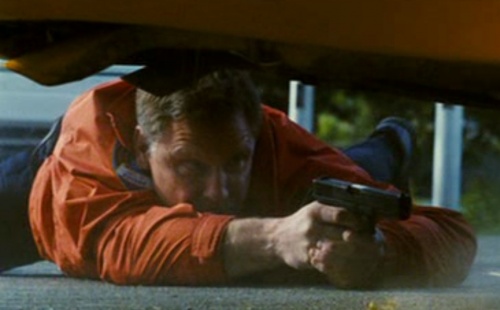 One of the robbers uses a Heckler & Koch G36K. 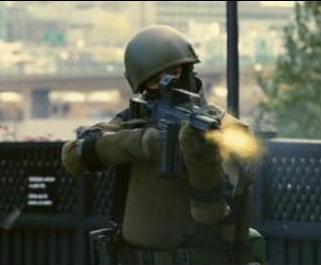 After taking refuge behind a hotdog stand and suffering a barrage of bullets and condiments, Officer Rafe Deed (L.L. Cool J) returns fire with his Heckler & Koch MP5A3. 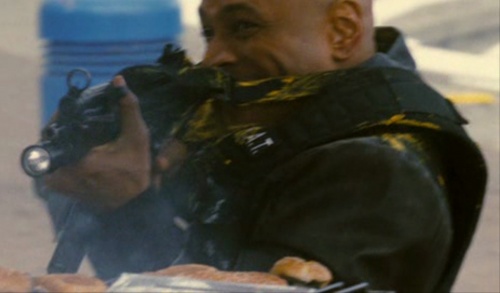