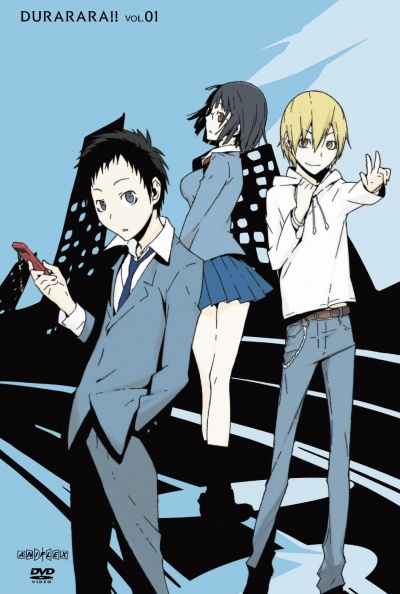 The following weapons were used in Season 1 of the anime series Durarara!!:

A Beretta 92F is used by Shingen Kishida in order to gain access to Izaya Orihara's office in Ikebukuro in "Turmoil Reigns". 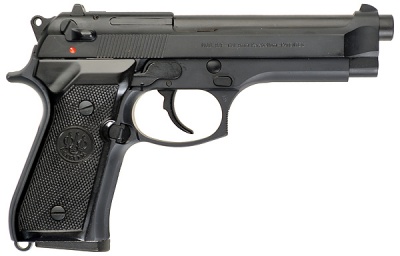 (Beretta 92F (Early Model) - 9x19mm (Other side showing "92F" on slide) Other than the slim grip covers, the pistol is difficult to tell apart from a 92FS. The only real proof is the year a movie was made and whether or not the 92FS existed yet.) 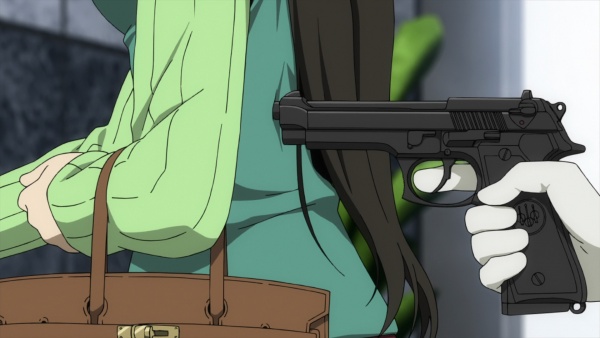 A good closeup of the 92F aimed at Namie's back in the lobby. 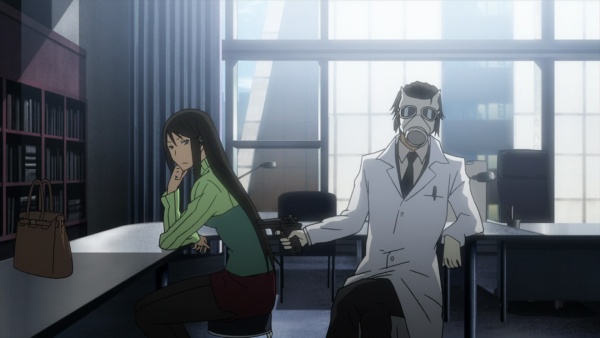 Shingen greets Izaya with the pistol pressed near Namie's back. 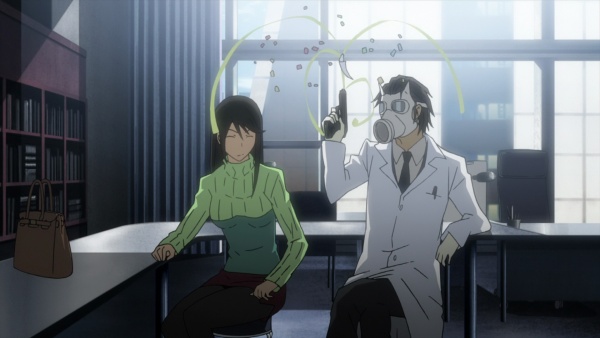 Shingen fires the 92F to prove that it was only an air gun loaded with party confetti.

The Glock 17 is seen throughout "Heaven's Vengeance" at the hands of American syndicate men operating in Ikebukuro. 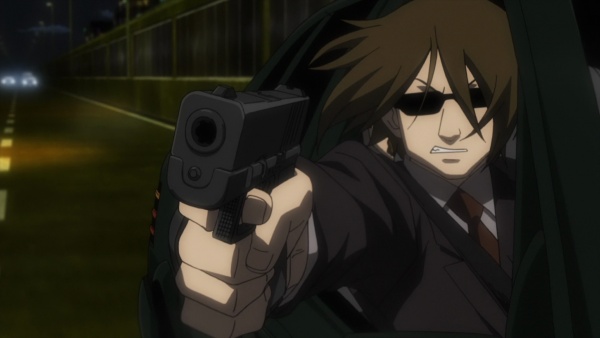 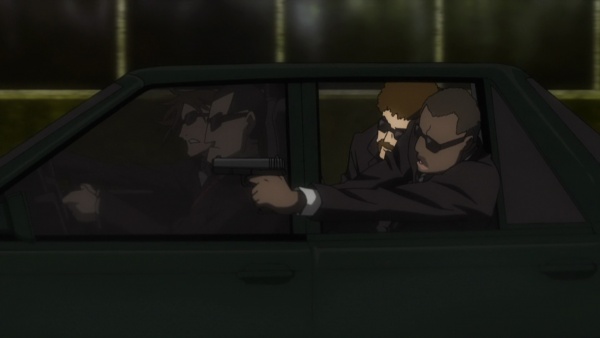 Another Syndicate man fires the Glock 17 at Celty's dullahan bike. 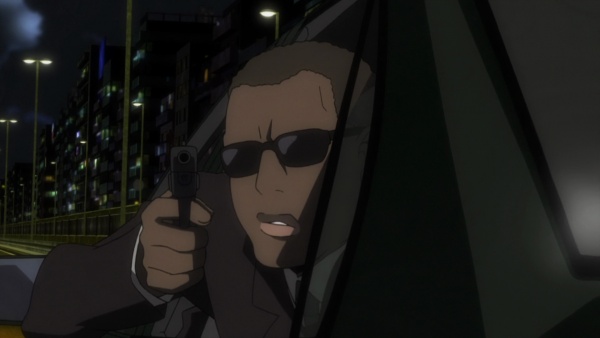 The same Syndicate man fires the Glock 17 at Saburo's van. 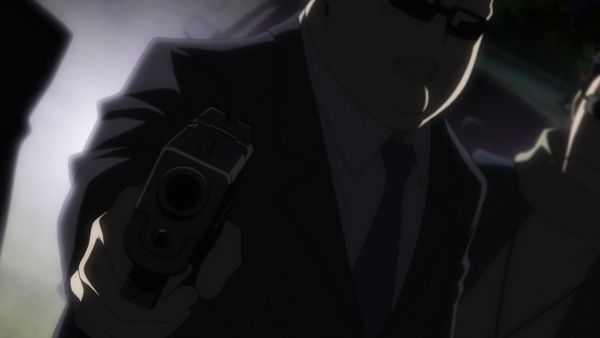 The Glock 17 aimed at Celty in an ambush.

A member of the Yellow Scarves gang named Horada uses a Tokarev TT-33 in an attempt to kill Shizuo Heiwajima, first seen in "Declaration of Disbandment". He later pulls it on Yellow Scarves leader Masaomi Kida in "Complicated and Confused". Izaya later takes possession of the pistol when Horada loses it in "Selfless Devotion". 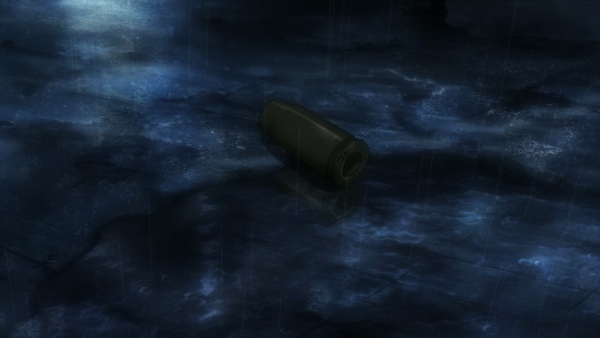 A spent 7.62x25mm casing after Horada fires the TT-33 in "Declaration of Disbandment". It appears to lack a primer. 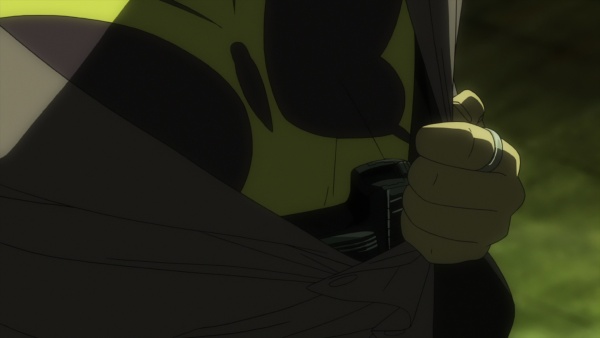 Horada with his TT-33 when he shows it off in "Complicated and Confused". 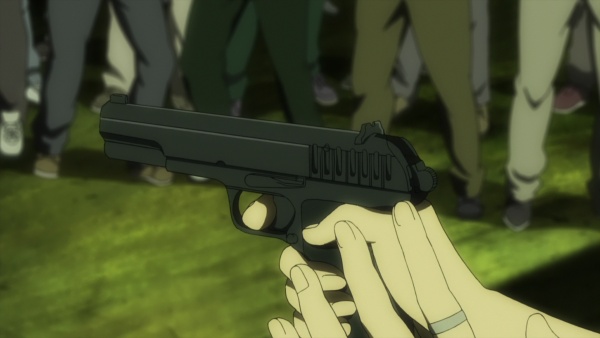 Horada takes aim with his TT-33 after chambering a round. 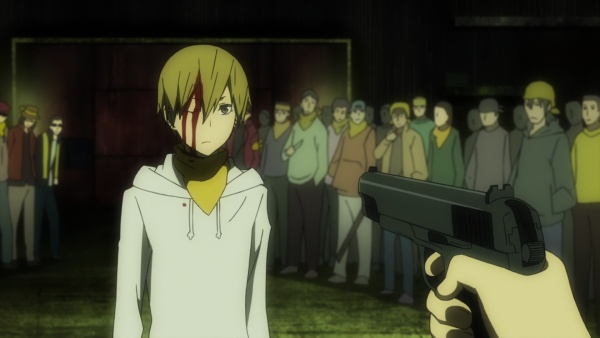 A bloodied Masaomi Kida looking down the barrel of Horada's TT-33. Note the cocking serrations have changed from pre-1947 to post-1947. 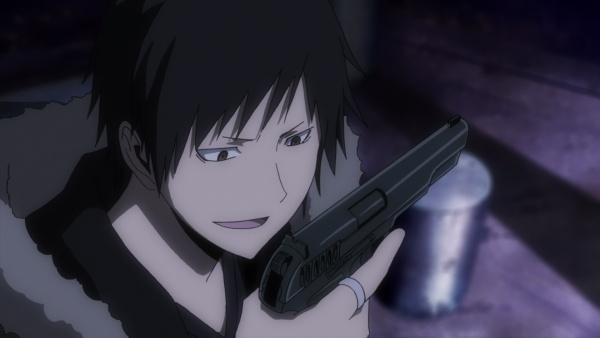 Izaya looks over Horada's TT-33 after securing it in "Selfless Devotion". 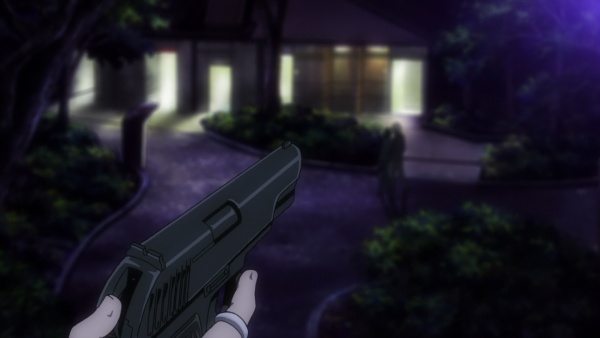 Orihara pulls the hammer down with his right thumb.

A PTRD-41 bolt-action rifle is seen in "Bad-Ass Dude" in a Darker Than Black: Gemini of the Meteor poster, being the show's shoutout to it. 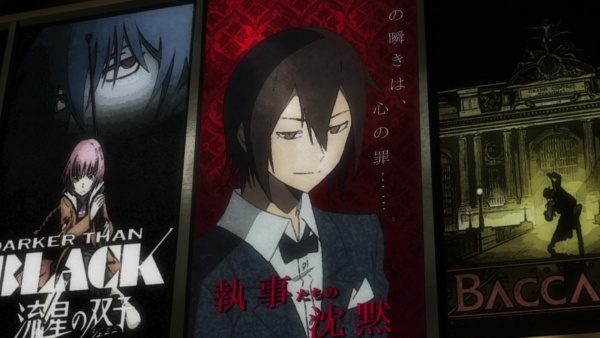 The PTRD-41 in a Darker Than Black: Gemini of the Meteor poster, being held by Suou Pavlichenko.