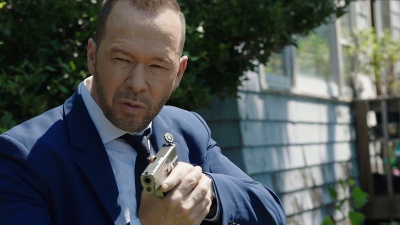 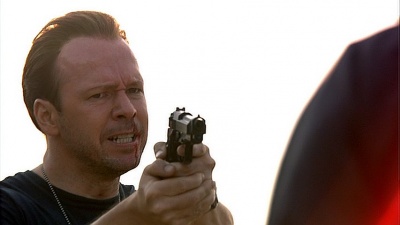 Donnie Wahlberg as Captain Horst Cali with a Beretta 92FS drawn in The Kill Point.

Donnie Wahlberg is an American actor/singer who has had a prolific career in both the music and acting profession, having started out as a member of the boy band New Kids on the Block and then segueing into notable acting roles in films such as The Sixth Sense and the Saw franchise as well as the HBO miniseries Band of Brothers in addition to his starring role as Detective Danny Reagan in the CBS drama series Blue Bloods. He also is the brother of actors Mark Wahlberg and Robert Wahlberg.