Dirty Dozen: The Deadly Mission, The 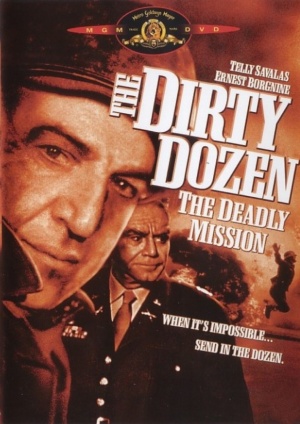 The following weapons were used in the film The Dirty Dozen: The Deadly Mission:

Major Wright (Telly Savalas) uses an M1911A1 pistol. A British agent who parachutes into France to meet with the French Resistance leader also uses an M1911A1 but is killed by the Germans before he can shoot it. 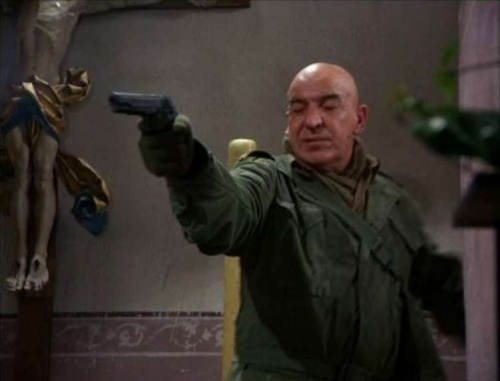 Wright fires with his eyes closed in the abbey. Sheesh. You'd think after so many WWII movies, Savalas would be used to shooting guns. 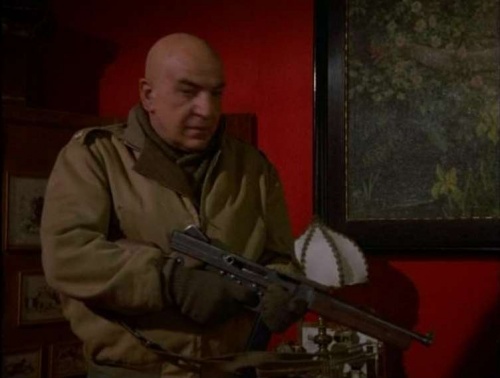 Wright turns and prepares to shoot a German officer hiding in the closet. 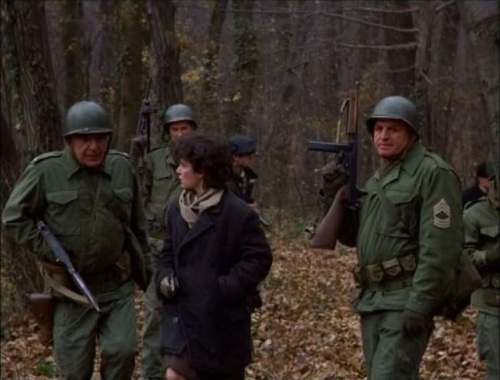 The soldier on the right has a Thompson, as does Wright to the left.

Par for the course in these films, the majority of the German soldiers wield MP40 machine guns. This includes Nazi heavy Colonel Krieger (Wolf Kahler in his second role in this series). 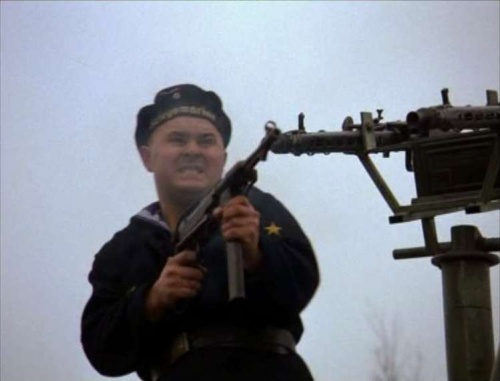 A German sailor aboard the patrol boat fires his MP40. 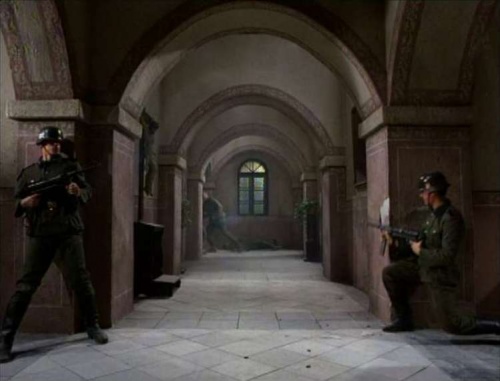 Two Germans in a standoff with Wallen and Fontenac hide around the corners with their MP40s. 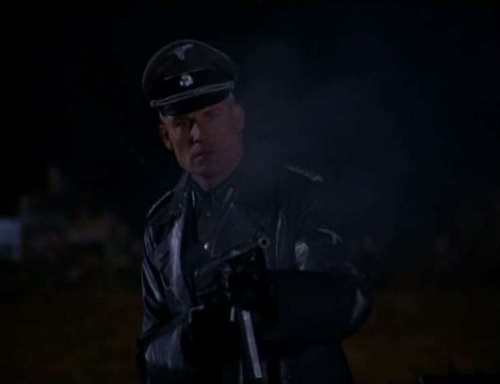 Colonel Krieger wields an MP40 in the final shootout.

A few Germans guarding the St. Francis abbey where the scientists are being held are seen with Karabiner 98ks. The Dozen also train with them. 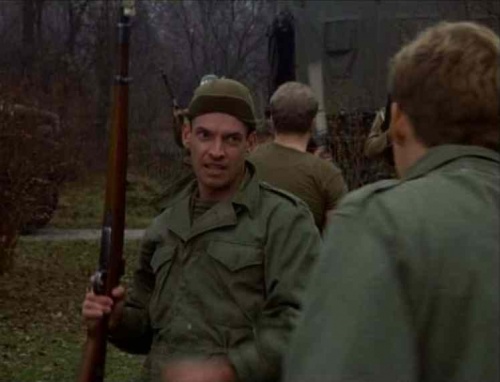 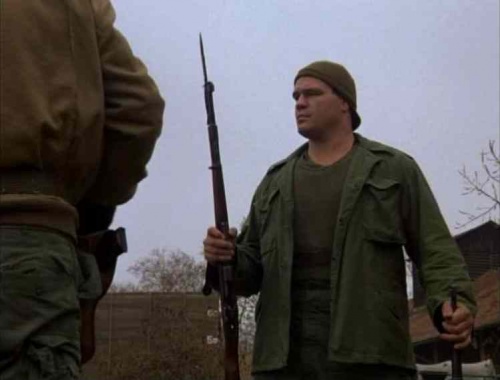 Wallan holding one of the Karabiner 98ks. 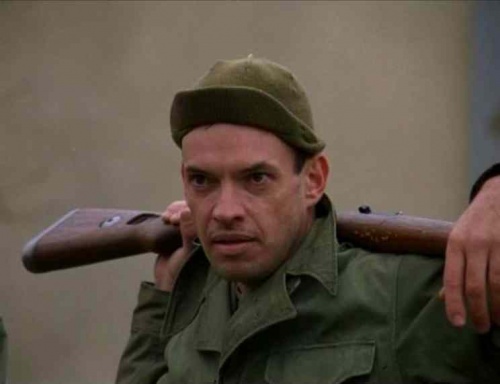 Stern balances his Karabiner 98k on his shoulders. 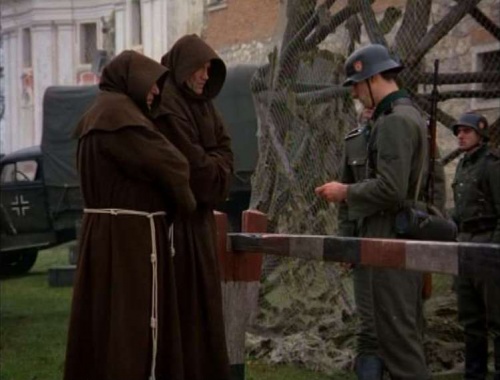 An SS guard checking the disguised Wright and Fontenac's papers has a Karabiner 98k slung over his shoulder.

The M3 "Grease Gun" is used by the Dozen throughout the movie. Maurice Fontenac (Bo Svenson) and Eric Wallan (Randall "Tex" Cobb) in particular. 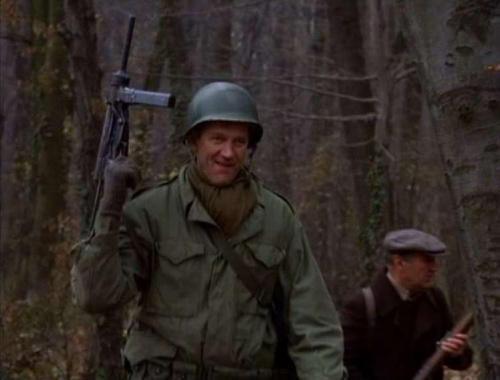 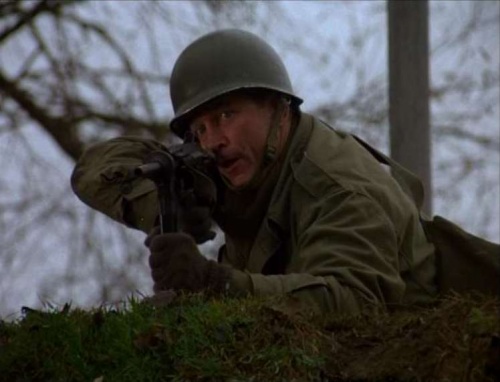 Fontenac fires his "Grease Gun" during the boat attack. 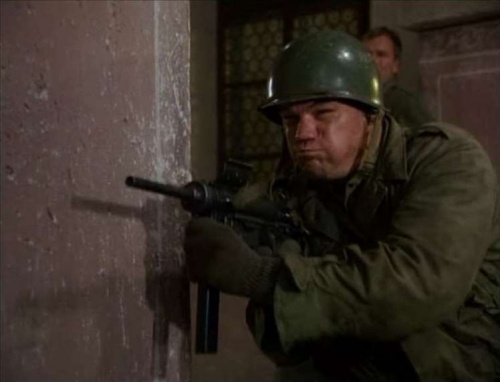 Wallen fires his "Grease Gun" in a standoff with some Germans in the abbey.

Most of the German officers use Walther P38s as their sidearms. 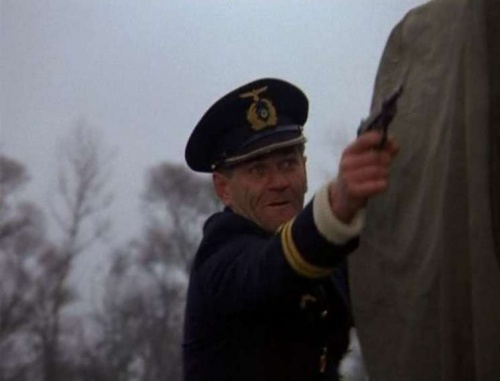 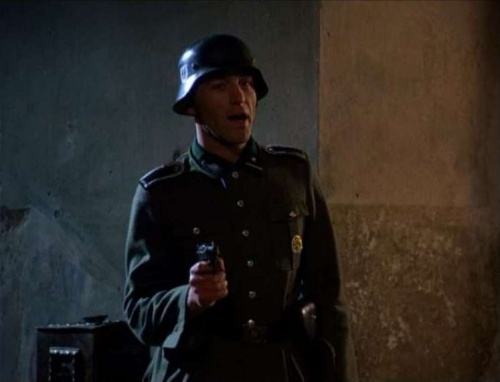 An SS sergeant (Werner Stocker) confronts Major Wright in the abbey, armed with a Walther P38. 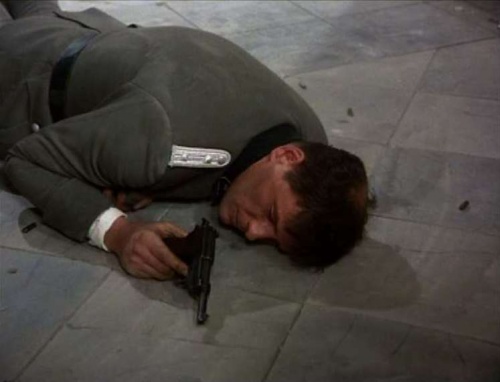 French Resistance leader Paul Verlaine (Bozidar Smiljanic) pulls a Luger when he and the British agent who meets up with him are surrounded by Krieger's men, but is shot and killed before he can use it. A German officer killed by Wright is also shown holding a Luger as his body falls out of the closet.

In both instances the poor film quality made screenshots difficult; the shots where the Lugers are visible go by so quickly they're barely noticeable anyway. - Kooshmeister

Lt. Hoffler (Ivo Kristof), the patrol boat commander, is seen operating twin MG42 belt-fed machine guns. At the climax of the film, Fontenac, mortally wounded, uses an MG42 to pin down the Germans so Wright and the rest and escape aboard a plane. 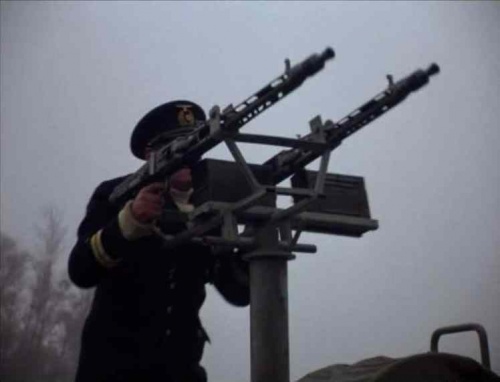 Hoffler fires the MG42's on the Americans. 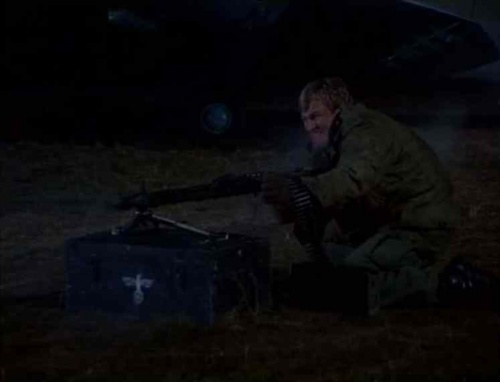 Fontenac firing the MG42 at the Germans.

During the attack on the St. Francis abbey, the Dozen get pinned down by a pair of Germans operating an Browning M1919 machine gun up on a balcony, who kill two of their number, until Major Wright disposes of the Germans with a hand grenade. 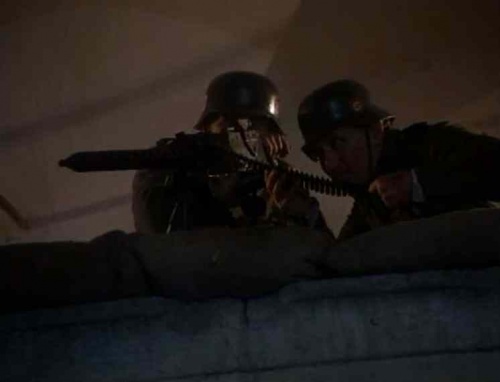 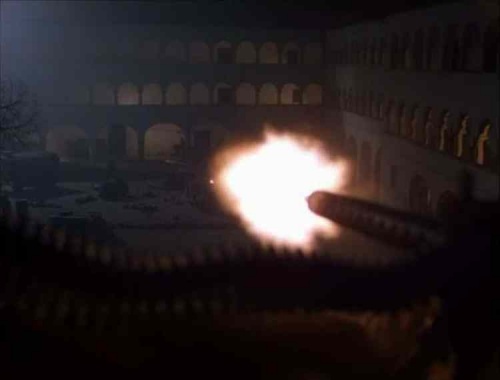 The M1919 firing into the abbey courtyard.
Retrieved from "https://www.imfdb.org/index.php?title=Dirty_Dozen:_The_Deadly_Mission,_The&oldid=1115055"
Categories: