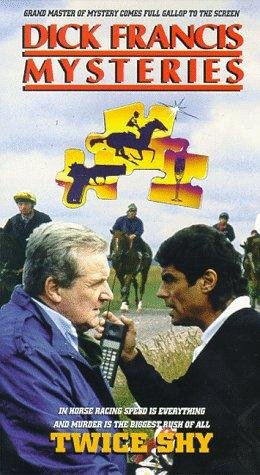 The following weapons were used in the film Dick Francis: Twice Shy:

Liam Fitzgerald (Conor Mullen) is armed with a Colt Government Model at the end of the film. He briefly hands it to Eddy McGuire (David Herlihy). 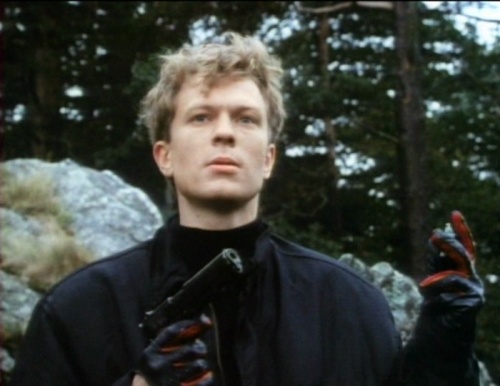 Liam Fitzgerald with the Colt. 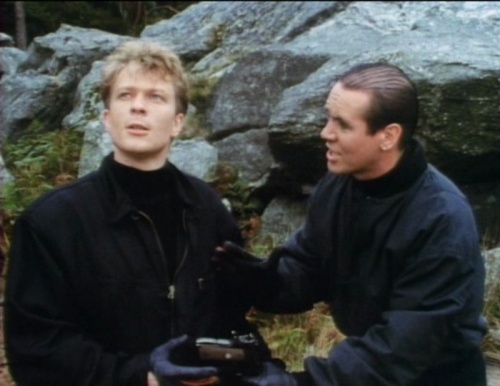 Eddy hands the Colt back to Liam. 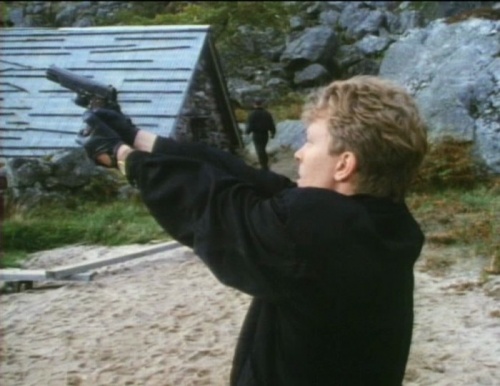 Liam fires on the Garda helicopter. He's clearly miming firing, as the slide doesn't move and the hammer remains down. 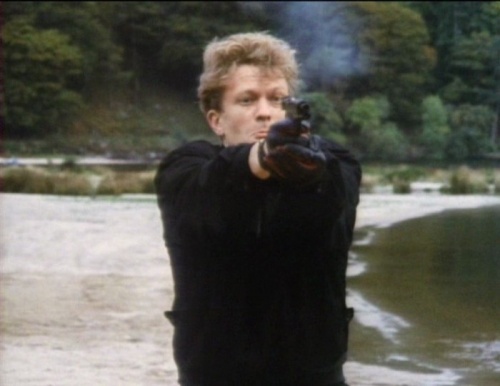 Liam actually firing the pistol in this shot. 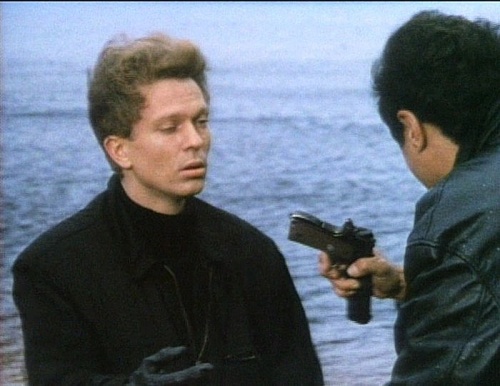 David Cleveland (Ian McShane) takes the Colt from a dazed Liam. The arched mainspring housing and the grip safety can be clearly seen here.
Retrieved from "https://www.imfdb.org/index.php?title=Dick_Francis:_Twice_Shy&oldid=782442"
Categories: