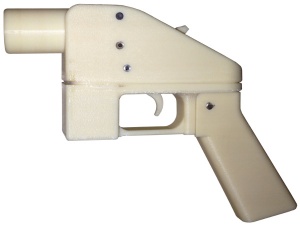 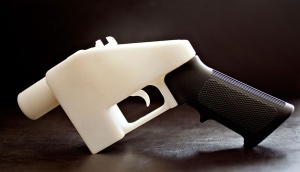 First released in 2013, the "Liberator" is a single shot firearm (in the literal sense: it is more or less a zipgun) designed by the online open source organization Defense Distributed. While not the first firearm to be created for 3D printing, or even the first of an original design, the Liberator encountered controversy due being one of the first to use no firearms parts in its construction. Despite its initial coverage, the Liberator was quickly outdated with further developments in 3D printed firearms including the Songbird, and Shuty AP-9 / FGC-9 family.

The Defense Distributed Liberator and variants can be seen in the following films, television series, video games, and anime used by the following actors: