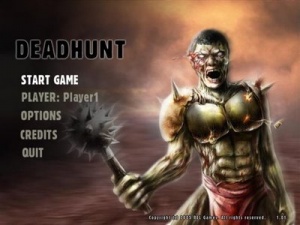 Deadhunt is a downloadable indie video game that came out way before the popular "zombie" first-person shooter trend seen in video games like Left 4 Dead or Killing Floor. The player's only task was to stay alive as much as possible while the computer threw continuous waves of zombies at them.

The following weapons make an appearance in the video game Deadhunt:

Although (as in most FPS games) the Desert Eagle Mark XIX is not the default pistol in the game, the player can collect it via power-ups in most levels. It is chambered in .50AE and it destroys most zombies with a single shot. It incorrectly holds 10 rounds in the magazine, while the real Mark XIX can hold only 7. 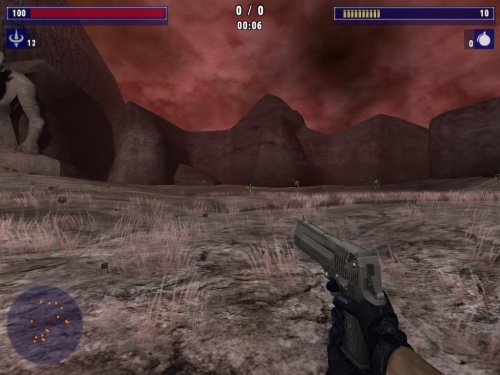 The Mark XIX in the game. The absence of the fluted barrel indicates that this can be only the .50AE variant.

The Micro Uzi is the standard sidearm of the game. The gun seems to have a barrel extension attached in front of the muzzle. The stock remains folded throughout the entire game (cannot be unfolded). It has a very high rate of fire and the magazine holds 50 rounds. While 50-round magazines do exist, in-game the weapon seems to have the more common 30-round magazine. The player fires this weapon sideways 'gangsta-style', which in real life would have questionable accuracy. 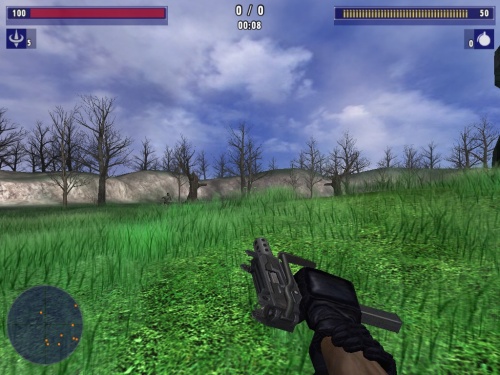 The Pancor Jackhammer is a fully automatic combat shotgun in the game. It holds the same amount of ammo (10 rounds) as in the real model. The game portrays the function principles of the shotgun accurately by showing the barrel of the gun recoiling back and forth inside the weapon's receiver. In the game it seems to fire 00 buckshots. The Jackhammer is particularly effective against large crowds. 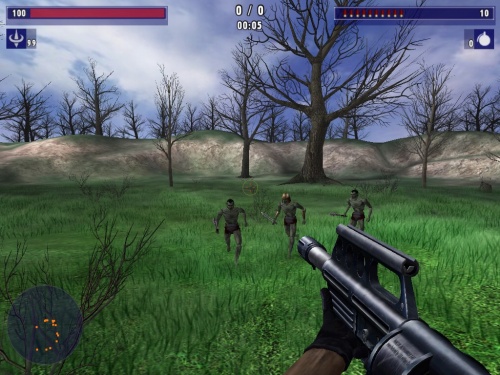 The Jackhammer shotgun in the game.

The Mossberg 500 Cruiser is the second 12-gauge shotgun in the game. This model has a heat shield and pistol grip. In-game it seems to fire 00 buckshots. Devastating in close quarters, holds 8 rounds. The gun has rifle sights. The shell ejection port is on the left side of the weapon. 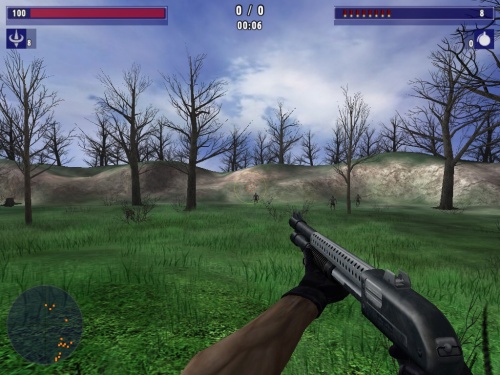 While the M60 holds 100 rounds of 7.62mm caliber and is capable of fully automatic fire, the player is slowed down by the bulk of the weapon. Also it takes a lot of time to reload. The bipod is permanently folded throughout the game. 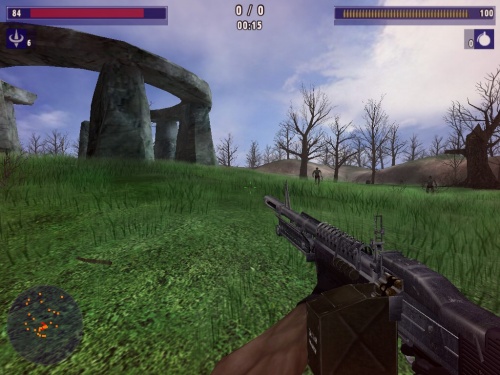 The sniper rifle of the game. Contrary to common practice, the gun lacks a scope, instead it has a laser sight mounted in its place. This makes no sense since this is a very heavy sniping rifle, dedicated for long range neutralization of enemy material, not personnel. The weapon is still in prototype development. It holds 5 rounds, just like the real counterpart. 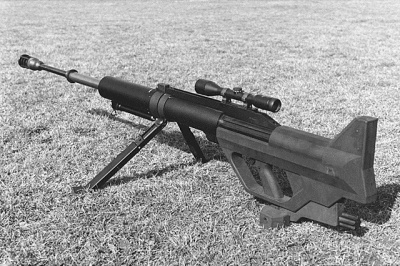 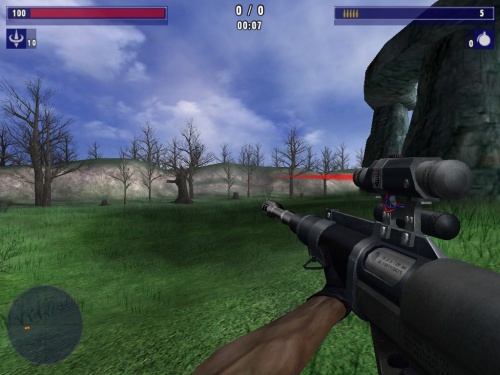 The standard 5.56 rifle of the game is the not very common HK33. One burst is usually enough to dispatch a single zombie. The magazine holds 30 rounds. The gun itself seems to be an early variant, due to the also early MP5-style handguard, which was later abandoned on both guns. The 'S-E-F' fire selector markings can be clearly seen. 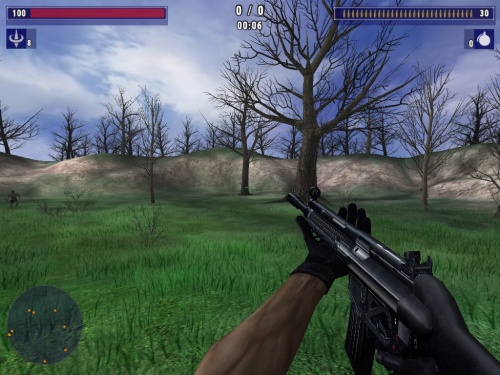