The Dead Pool is the fifth and final installment in the Dirty Harry film franchise. The 1988 sequel finds Inspector Callahan (Clint Eastwood) trying to solve a series of murders that appears to be a linked to a game that features a list of celebrities that were deemed likely to be dead in the near future. The film's cast included Liam Neeson, Evan Kim and featured one of the earliest acting roles for Jim Carrey.

The following weapons were used in the film The Dead Pool:

Inspector "Dirty Harry" Callahan (Clint Eastwood) continues to carry the Smith & Wesson Model 29 as his sidearm in the film. 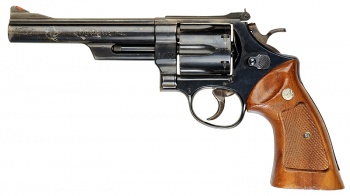 Smith & Wesson Model 29 - .44 Magnum. This is Clint Eastwood's actual screen used Model 29 in the movie The Dead Pool. It has all the scuffs from the scene on the docks when it was dropped and kicked. 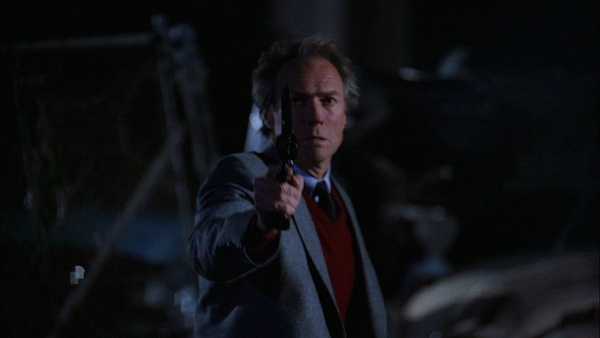 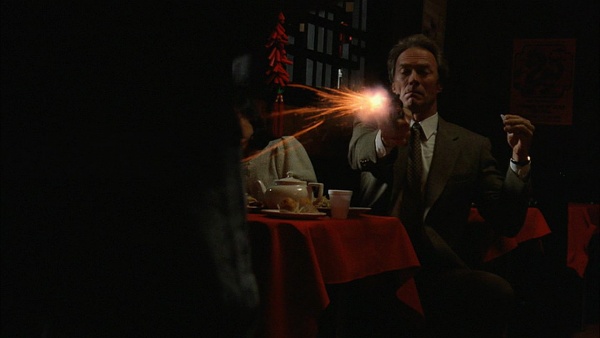 "You forgot your fortune cookie... it says.. you're shit out of luck." 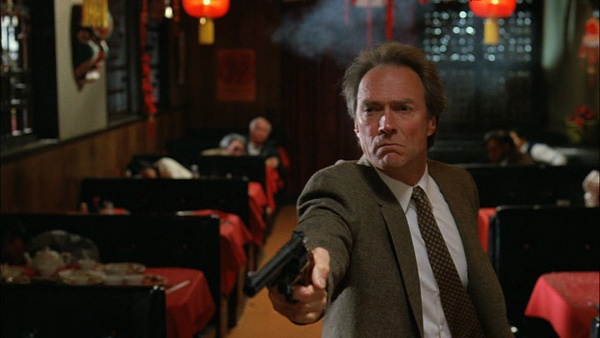 Callahan fires at one of the robbers in the Chinese restaurant. 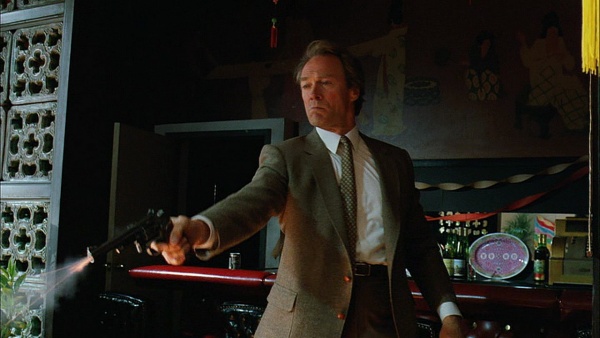 Callahan shoots his S&W at one of the robbers. 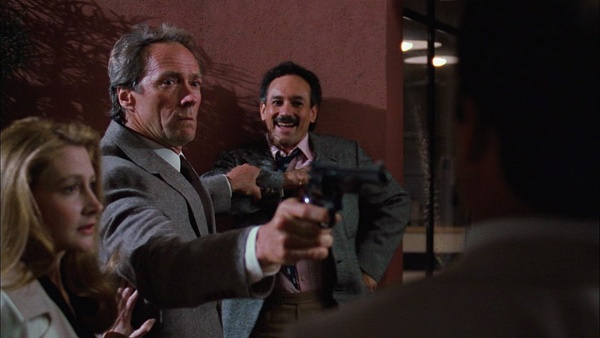 Callahan pulls his Model 29 on two fans requesting an autograph, mistaking them for more hitmen trying to kill him. 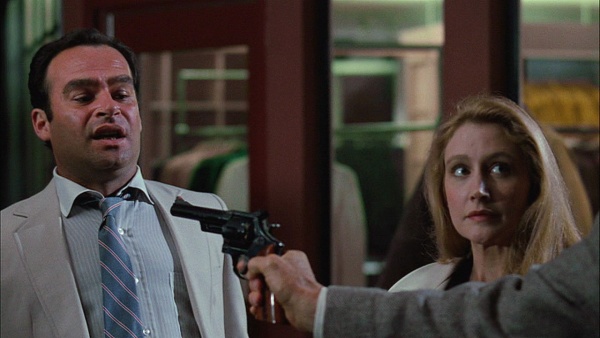 "Can I shake your hand?"
Harry with his S&W Model 29 on one of the men requesting an autograph, as Samantha Walker (Patricia Clarkson) looks on (with his finger still on the trigger of the revolver). 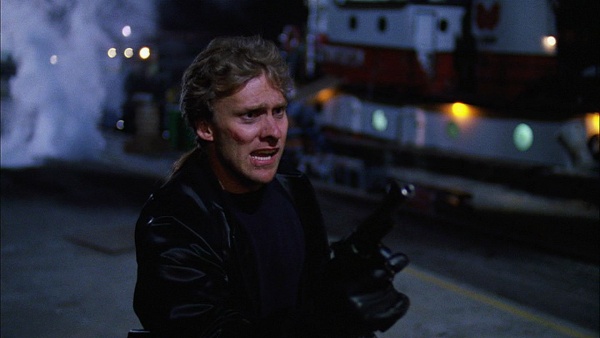 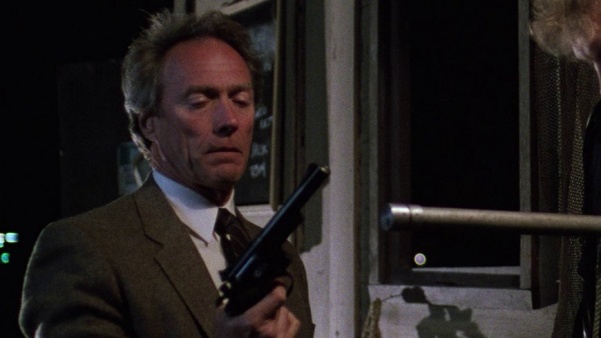 Callahan checks to make sure his Smith & Wesson Model 29 was indeed empty by pulling the trigger. This isn't a recommended method though, since if it isn't empty, a nasty surprise awaits. Another note is that, in a continuity error reminiscent of the original film, Callahan pulls the trigger in double-action, despite the gun previously being cocked to a single-action state just before this.

A Browning Hi-Power is used by the Gunman #1 in the Chinese Restaurant (Kristopher Logan). One is also seen in the shoulder holster of one of Lou Janero's (Anthony Charnota) bodyguards sent to protect Insp. Callahan (Clint Eastwood). The bodyguard is played by Clint Eastwood's stand-in. 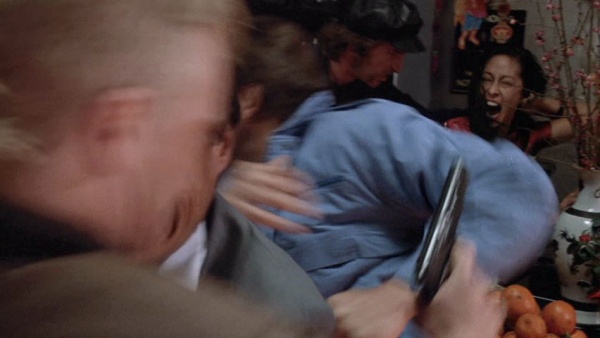 A blurry shot of the Browning Hi-Power held by Gunman #1 (Kristopher Logan). 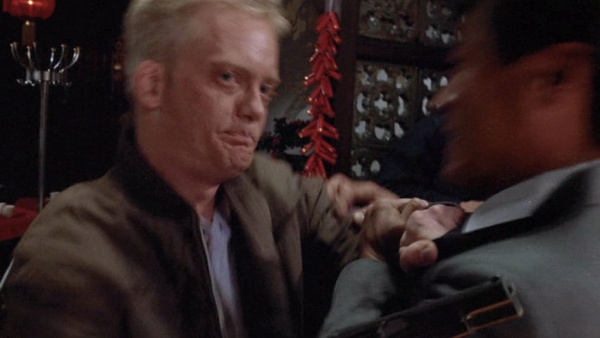 A clearer shot of the Hi-Power held by Gunman #1 (Kristopher Logan). 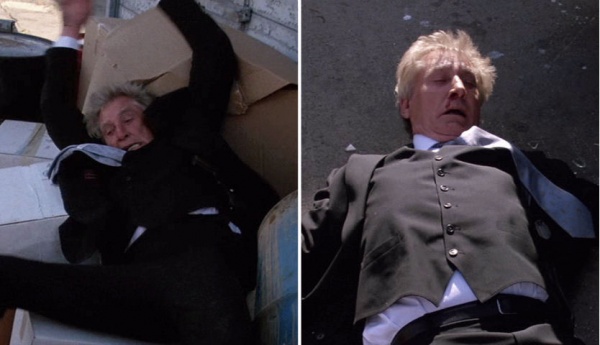 A Browning Hi-Power is seen in the bodyguard's shoulder holsters.

A Colt Trooper Mk III is seen in a police officer's holster at the Police Department. One of the robbers in the Chinese Restaurant is also seen using one. 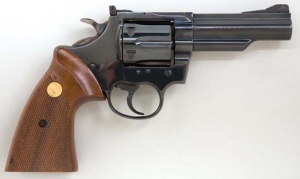 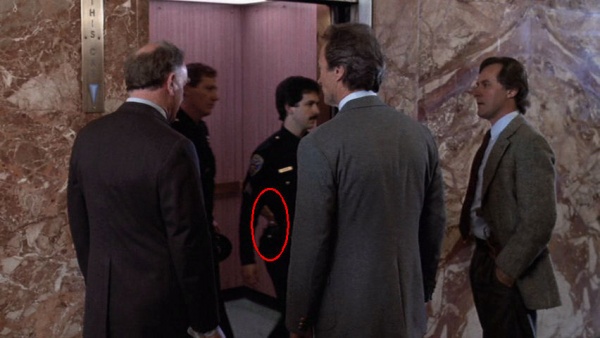 An officer in the Police Department with a Colt Trooper Mk III in his holster. 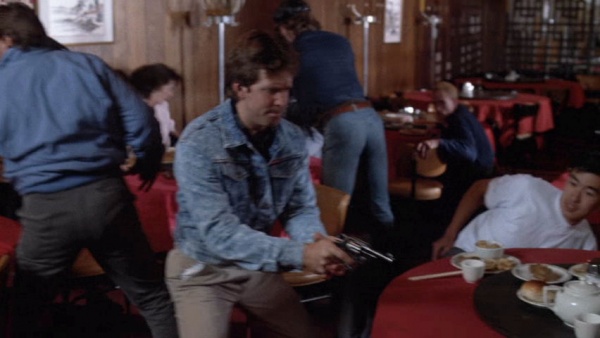 A robber in the restaurant with a Colt Trooper Mk III. 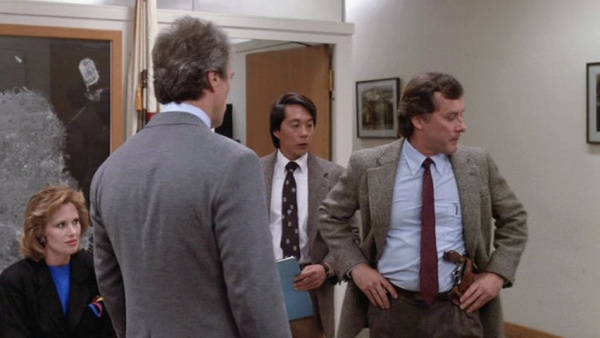 Lt. Ackerman with a stainless Smith & Wesson Model 60 in his cross-draw holster.

A police officer at the scene of one of "Ed Butler's" crimes is seen with a Smith & Wesson Model 19 in his holster. 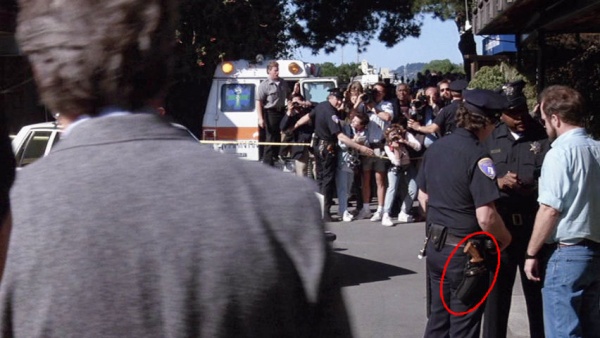 An officer with a Smith & Wesson Model 19 in his holster.

When crime kingpin Lou Janero's (Anthony Charnota) henchmen open fire at Insp. Callahan (Clint Eastwood) during their attempts to kill him at a freeway exit, some of them are armed with IMI Uzi submachine guns. Later when Callahan is with Samantha Walker (Patricia Clarkson) in the elevator, two more henchmen open fire on them with Uzis. 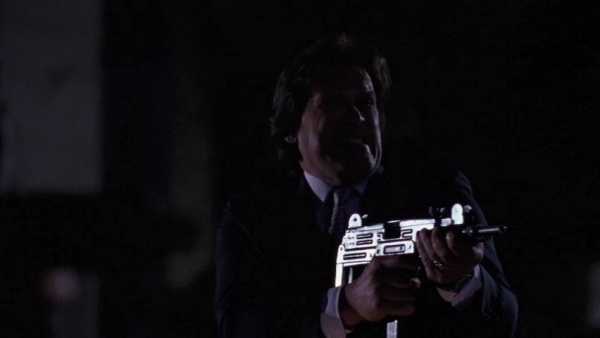 One of Janero's thugs fires his IMI Uzi at Callahan's car. 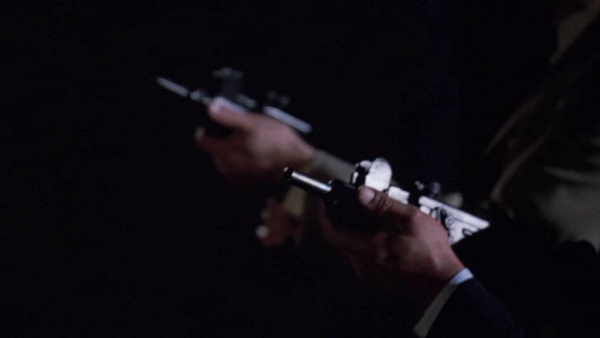 Two thugs prepare to open fire on Callahan and Walker with IMI Uzis. 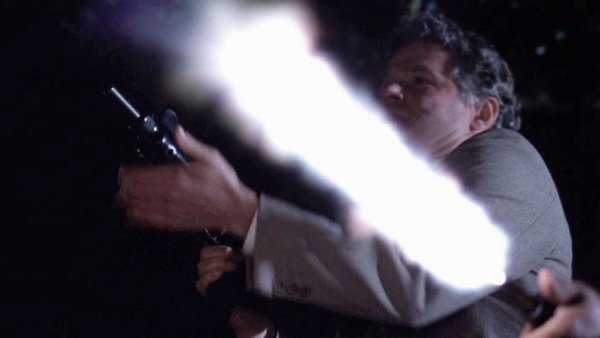 The thugs fire their Uzis at the elevator. For this scene, marbles were shot through the glass to shatter it, which scared actress Patricia Clarkson, whose screams are genuine during this scene.

Two of Lou Janero's (Anthony Charnota) henchman fire LaFrance Specialties M16Ks with an A1-style recievers at Insp. Callahan (Clint Eastwood) before running out of ammunition and being killed. 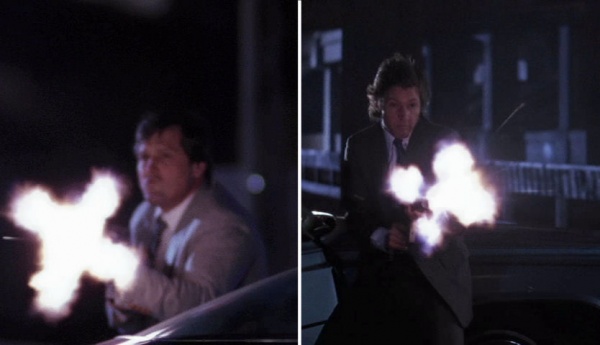 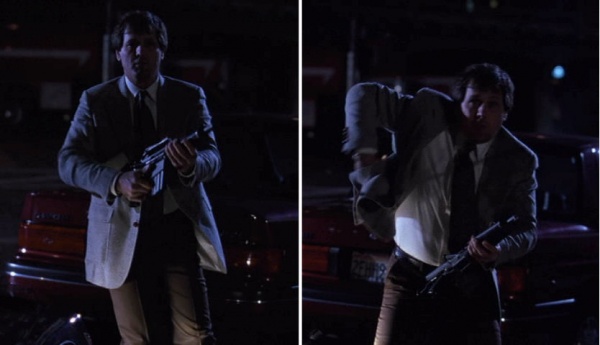 One of the thugs attempts to reload his LaFrance Specialties M16K before being killed by Callahan.

One of the robbers in the Chinese Restaurant is seen armed with a pistol gripped Remington 870 shotgun. 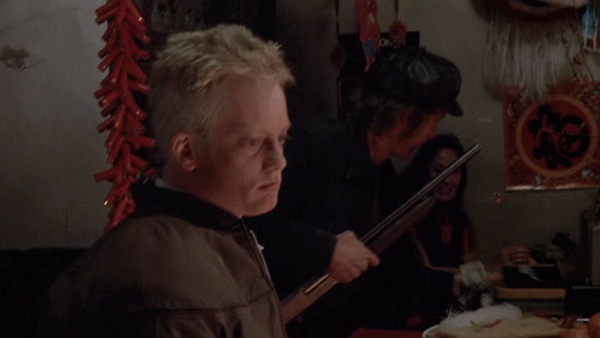 The robber in the background holding a Remington 870. 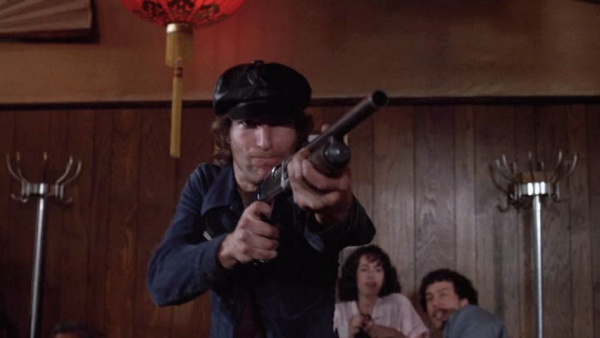 The robber fires his 870 at Callahan before being killed.
Retrieved from "https://www.imfdb.org/index.php?title=Dead_Pool,_The&oldid=1231066"
Categories: