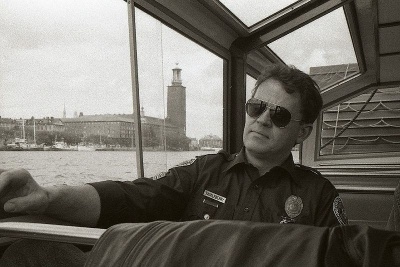 David Graf was an American actor best known for his role as Eugene Tackleberry in all seven films of the Police Academy series in addition to appearing in the 1997 television spinoff. Sadly, he suddenly passed away from a heart attack in 2001, just nine days before his 51st birthday.