Crimson Tide is a 1995 military thriller starring Denzel Washington as Lieutenant Commander Ron Hunter, the newly assigned executive officer of the US ballistic missile submarine USS Alabama who clashes with Captain Frank Ramsey (Gene Hackman), the sub's veteran commanding officer, over whether to follow their orders to launch their missiles on Russian targets after their communications are cut off during the height of tensions between the US and Russia.

The following weapons were used in the film Crimson Tide:

Members of the Alabama crew raid the small arms locker, which contains Berettas.

A Beretta is seen on the locker wall next to LT Peter 'Weps' Ince (Viggo Mortensen).

Zimmer puts his 92FS in the Bianchi M12 Holster.

LT Roy Zimmer (Matt Craven) holds his Beretta on the Chief of the Boat (George Dzundza).

A Beretta is loaded by the Chief of the Boat (George Dzundza).

Doughtery holds the M1911A1 on one of the sailors guarding CAPT Ramsey.

Doughtery is seen in the middle top loading the M1911A1 in the armory.

Numerous sailors including Bennefield (Eric Bruskotter), Petty Officer First Class Danny Rivetti (Danny Nucci) as well as the Chief of the Boat (George Dzundza) use a Remington 870 aboard the Alabama.

Bennefield (Eric Bruskotter) is armed with the Remington 870 as he escorts LCDR Hunter into the officer's mess.

The Chief of the Boat (George Dzundza) holds the Remington as Ramsey tries to retake the bridge.

Numerous crewmen aboard the USS Alabama can be seen using US Navy-issue Colt Model 727 carbines.

Another shot of Linkletter with the Colt.

An Alabama crewman armed with the Colt 727 escorts Hunter off the bridge.

The muzzle of the Colt is seen slung over Linkletter's shoulder.

US Marines at the Naval base as well as some crewmen aboard the Alabama can be seen armed with M16A2 rifles. 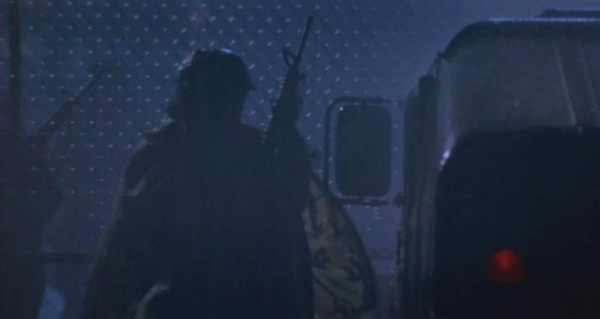 US Marines at the Naval base gate with their M16A2 rifles at the ready.

Sailors on the Alabama hurry along wielding M16A2s.

Alabama crewmen armed with M16A2's stand at attention as Ramsey goes through the missile room.

Alabama crewmen train their M16A2's on the COB (George Dzundza).

Hunter spies an Alabama crewman armed with the M16A2.

Some revolutionaries seen in news footage are armed with Russian AK-47s.

A soldier in the news footage uses an FN FAL. 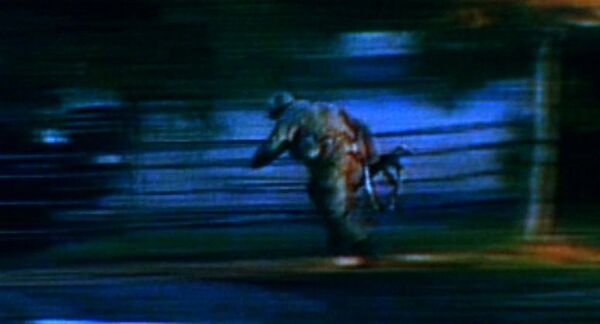