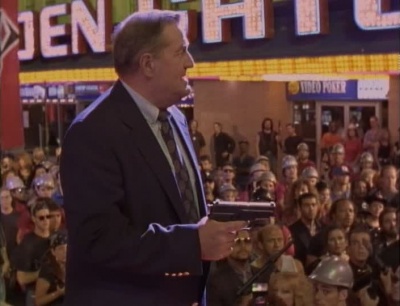 Chuck Adamson was a retired Chicago police officer whose cases that his unit worked on in the 1960's would later be the inspiration for the movies L.A. Takedown (1989) and Heat (1995). Upon retiring from law enforcement, Adamson became a technical advisor on movies such as Thief (1981) and then progressed into acting, writing and producing. He co-created the 1986 television series Crime Story, which he collaborated on with his friends, director Michael Mann and former Chicago police officer and actor Dennis Farina. Adamson died in 2008 at the age of 71.

Chuck Adamson can be seen using firearms in the following productions: