Chronicle is a 2012 American found footage science-fiction action film directed by Josh Trank and cowritten with Max Landis. Following an encounter with an unknown object at a party, three Seattle high school students- abused outcast Andrew (Dane DeHaan), his cousin Matt (Alex Russell), and popular Steve (Michael B. Jordan), are granted telekinetic abilities. The boys develop a bond and at first use their newfound abilities to play harmless pranks and impress others, until Andrew begins to turn down a darker path.

The following weapons were used in the film Chronicle:

Seattle Police Department officers are equipped with the Beretta 92FS.

A Seattle police officer shoots at Matt with his Beretta 92FS.

Another police officer aims his Beretta at Andrew.

A gas station owner keeps a Remington 870 under his counter for self-defense. He tries to use it against Andrew before being disarmed by his telekinetic powers. 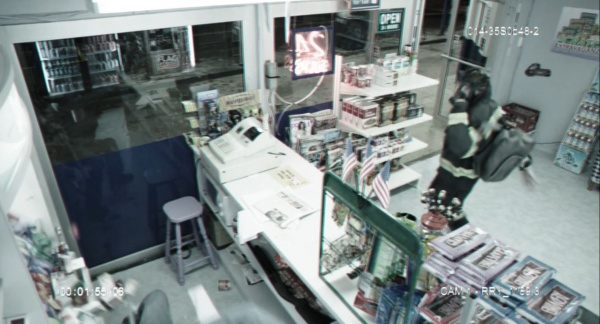 The shotgun under the counter. 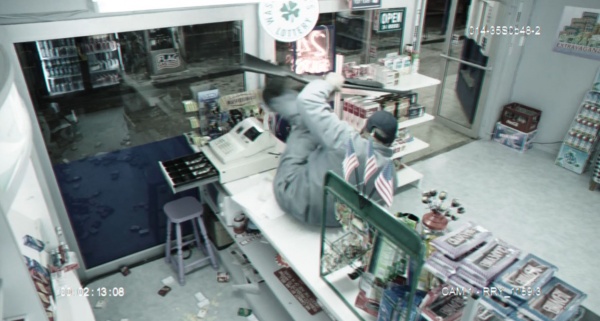 Seattle SWAT officers use M4A1s during Andrew's rampage. They fire at him, but Andrew stops all the bullets before they hit his body, Matrix-style. Some of the M4s appear to be rubber props.

The first SWAT officer carries a rubber prop M4, as we can see a bent barrel.

A SWAT officer fires at Andrew.

The police officers are tossed about by Andrew's powers.

When Matt takes off to escape the police, one of the SWAT officers aims his weapon, but the shot is not clear enough to make an identification. It may be an MP5A3 or an HK51. 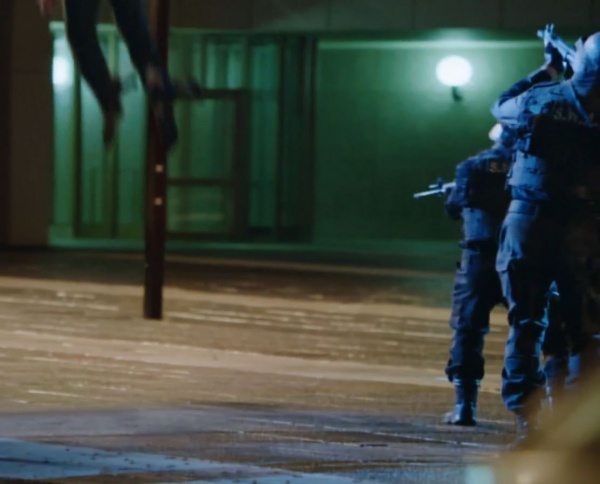 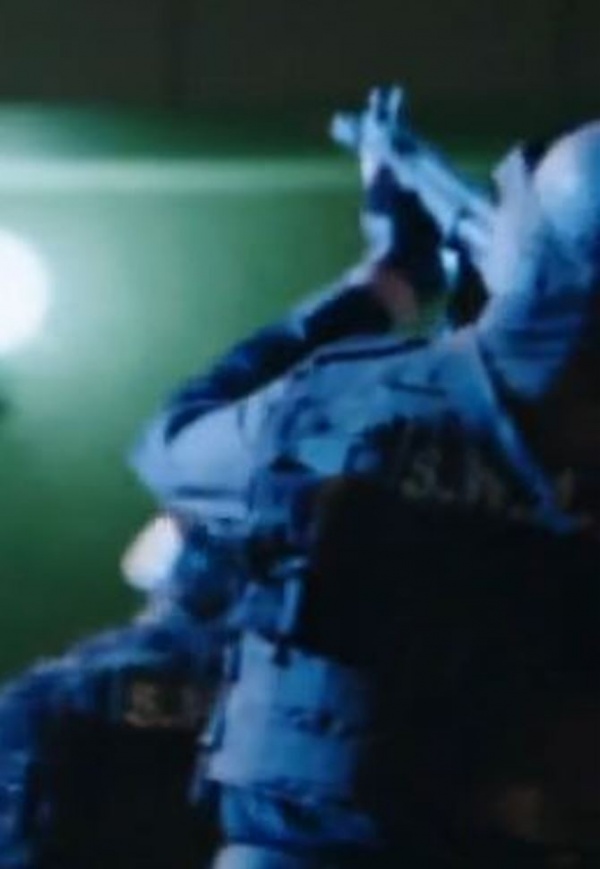 Close up on the unknown weapon.
Retrieved from "https://www.imfdb.org/index.php?title=Chronicle_(2012)&oldid=1515563"
Categories: