Cat Chaser is a 1989 crime drama based on the 1982 novel by Elmore Leonard (who co-wrote the screenplay with James Borelli). Helmed by the controversial director Abel Ferrara, the production was a negative experience for actress Kelly McGillis. In a 2001 interview with the British newspaper The Independent, she stated: "It was the most hateful experience of my life, and I said, if this is what acting is going to be, I will not do it. On the last day of shooting, I said to Abel, 'Are you done with me?' He said, 'Yeah.' I walked in my trailer and shaved my head. I said, 'Screw you, I never want to act again.'" There were also reports of Peter Weller and McGillis clashing on the set. Peter Weller states that he never understood what the reason was. The theatrical version was not looked upon favorably by Ferrara ,and others, involved to the movie. In 2014, a three hour "rough cut" was screened at the Anthology Film Archives in New York City, New York. The theatrical version is ninety minutes long and has a voice-over narration that Peter Weller refused to do so actor Reni Santoni was hired to do.

The following weapons were used in the film Cat Chaser:

A stainless Walther PPK is seen in the hands of Andres DeBoya (Tomas Milian). 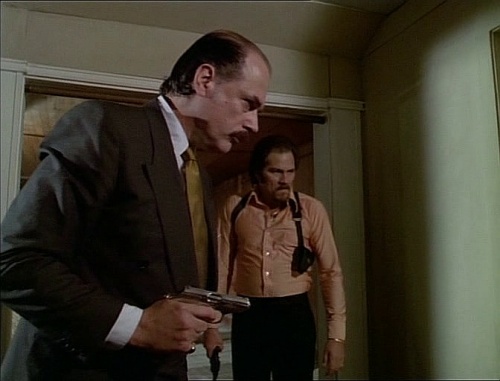 What appears to be a Smith & Wesson 439 is pulled by Jiggs Scully (Charles Durning). 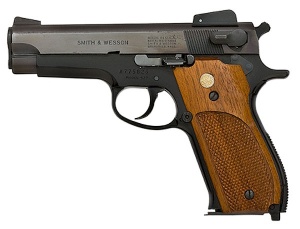 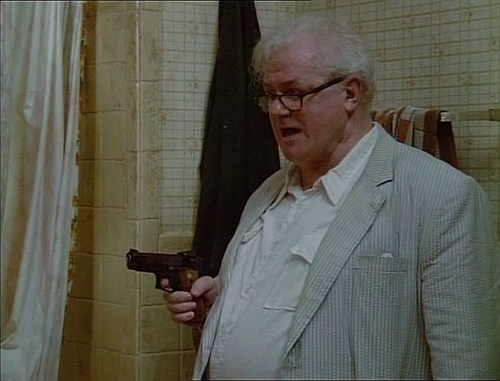 What appears to be a Smith & Wesson 439 is pulled by Jiggs Scully (Charles Durning).

George Moran (Peter Weller) is seen with an M1911A1 during a confrontation. 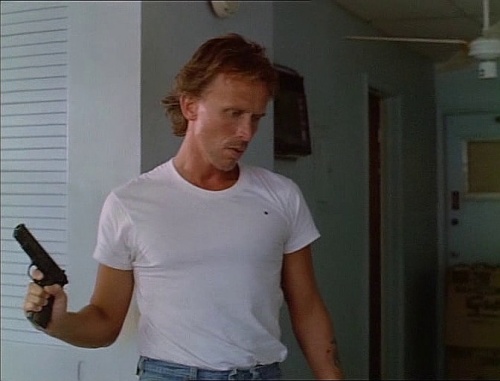 A guard is seen with a Colt Detective Special revolver. 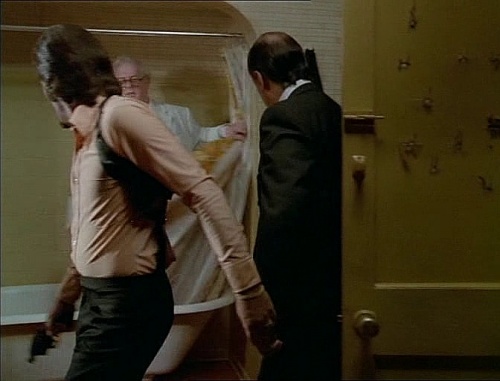 George Moran (Peter Weller) uses what appears to be an M14-E2 during the opening flashback to a battle in the Dominican Republic.

M14E2 Squad Automatic Weapon - 7.62x51mm NATO. This weapon is outfitted with a scope and used as a sniper rifle in the film. 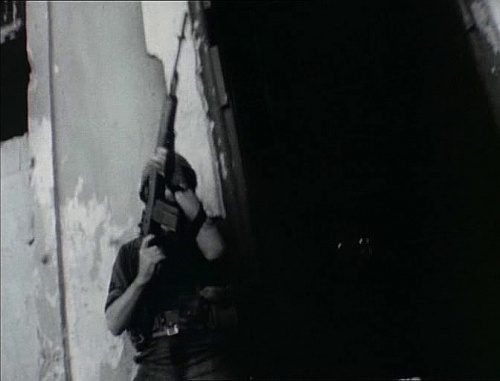 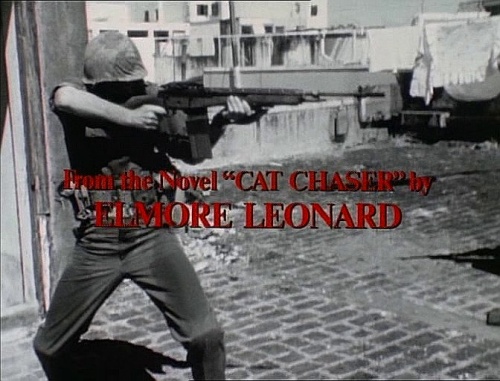 A rebel is armed with an M1A1 Thompson during the opening flashback to a battle in the Dominican Republic. 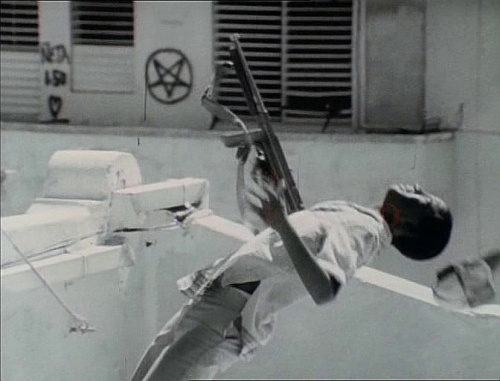 A rebel is armed with an M1 Carbine during the opening flashback to a battle in the Dominican Republic. 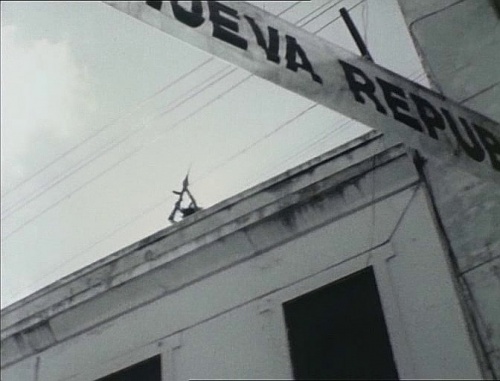