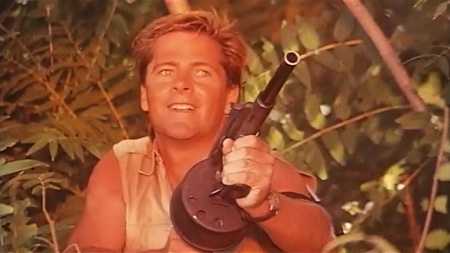 Bruce Penhall as Bruce Christian with a SWD/Cobray Street Sweeper in Hard Hunted (1992).

Bruce Penhall is an American actor best known for his role as Officer Bruce Nelson in the series CHiPs in addition to appearing in several films in the “Bullets, Bombs and Babes” series. He also was a World Champion Speedway rider.