Breaker! Breaker! is a 1977 action movie directed by Don Hulette. Chuck Norris appears in this movie in his first major lead role of "J.D." Dawes, a truck driver and martial arts expert.

The following weapons were used in the film Breaker! Breaker!: 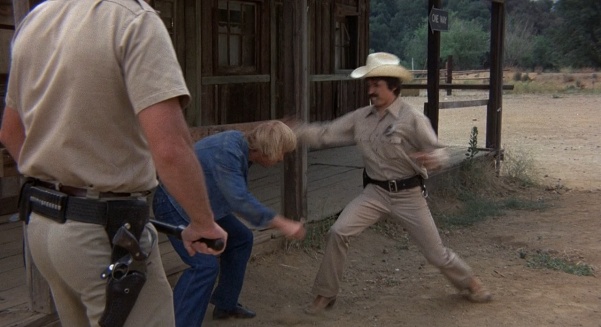 The grip of the revolver is seen in Strode's holster. 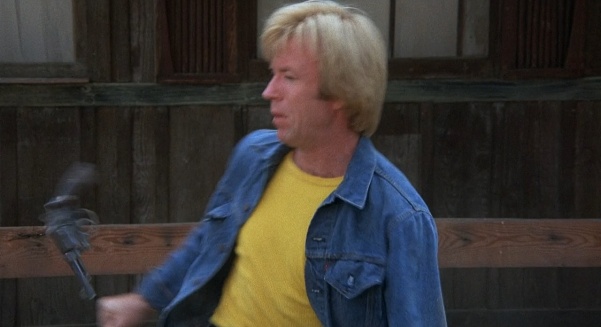 J.D. (Chuck Norris) knocks Strode's revolver out of his hand. 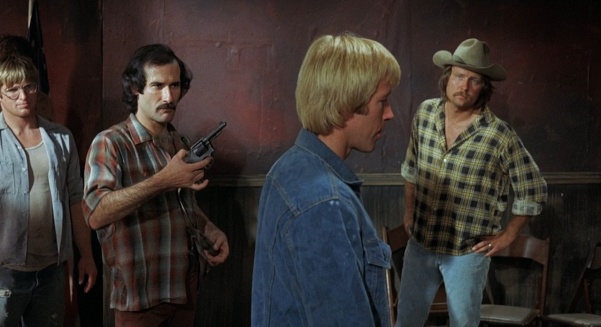 A townsman aims his revolver at J.D. 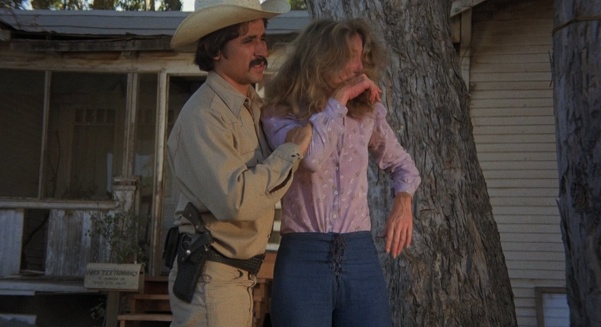 Boles' revolver is seen in holster. 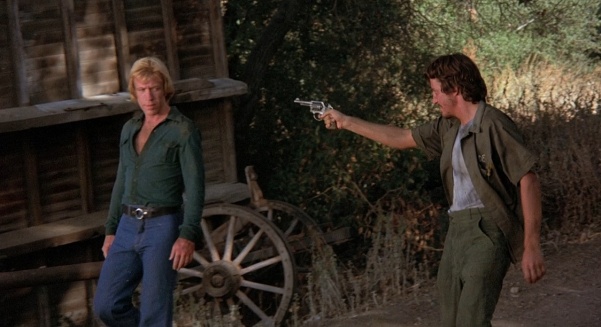 Wade holds his revolver in the final scene.

In the final scene Deputy Boles (Ron Cedillos) is armed with a Remington 870 Wingmaster shotgun. 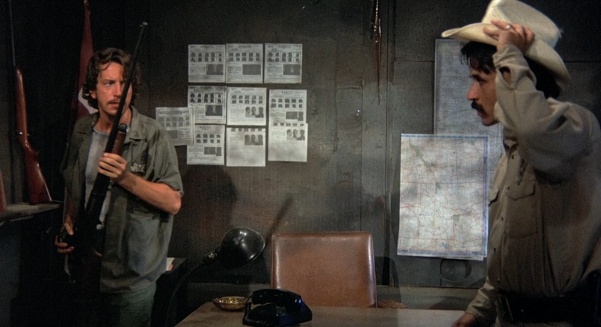 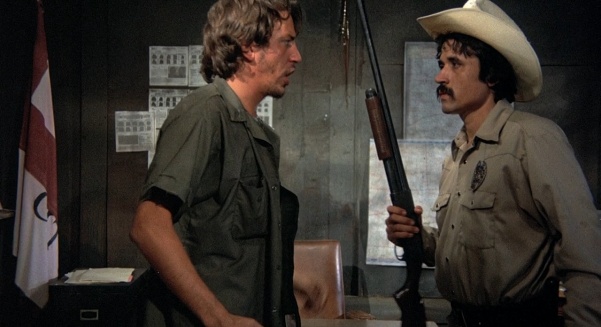 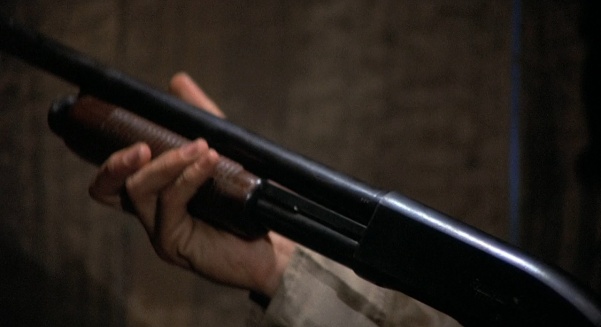 An Over/Under Shotgun is seen in hands of Dave (uncredited). 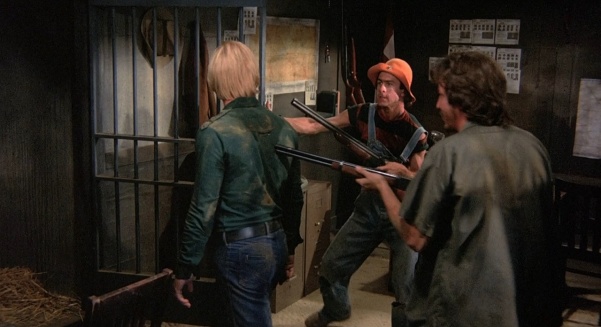 Dave (in orange hat) holds his shotgun at the background. 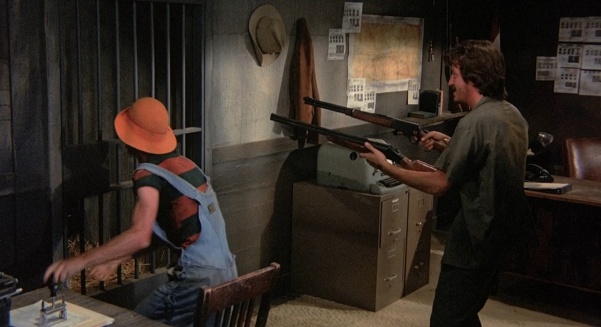 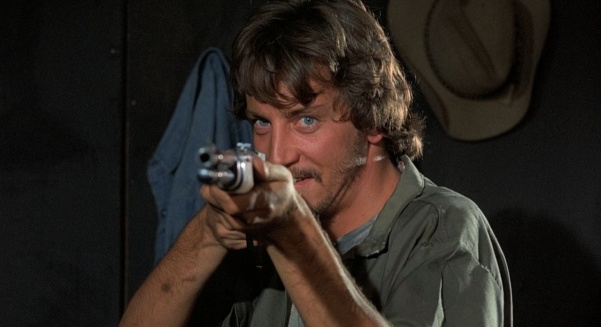 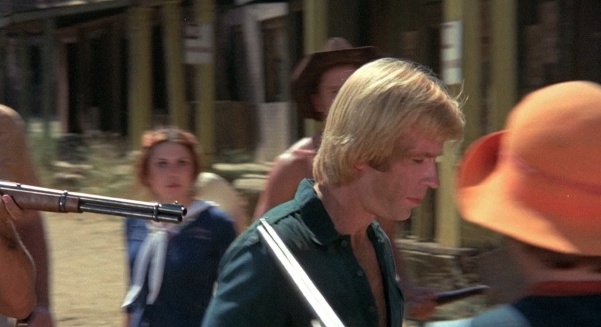 A closer view at the barrel and front sight. 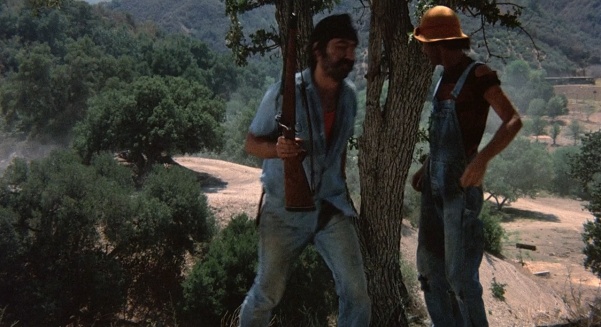 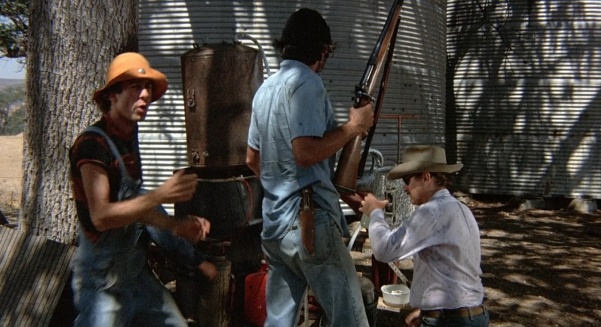 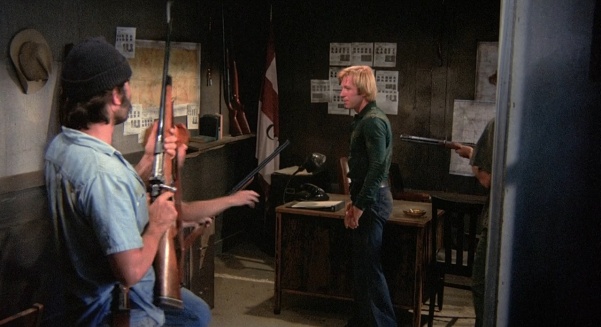 Wilfred holds his rifle during the arrest of J.D.

A bolt action rifle is briefly seen in police precinct.

A rifle is seen at far left.
Retrieved from "https://www.imfdb.org/index.php?title=Breaker!_Breaker!&oldid=1067553"
Categories: