The Black Cat (1934) is a horror movie made by Universal. Peter and Joan Alison (David Manners and Jaqueline Wells) and on their way to spend their honeymoon in Visegrád, Hungary. On their way they are accompanied by Dr. Vitus Werdegast (Bela Lugosi), who is traveling to Mármaros. The bus they're traveling on suffers an accident and they take up refuge at the house of Hjalmar Poelzig (Boris Karloff), who built his home on top of the old fortress of Mármaros, which was destroyed during WW1. But it is not a coincidence, that Werdegast ended up in Poelzig's home, and he wants to get revenge on Poelzig for taking away his wife and daughter while he was in a Russian prison camp. Poelzig in turn wants to use Joan as a sacrifice on his next satanist ceremony.

Although technically based on the short story of the same title by Edgar Allan Poe, the movie has an entirely different plot. Ulmer based the character of Poelzig on Aleister Crowley.

The following weapons were used in the film The Black Cat:

Werdegast tries to shoot Poelzig with a Colt M1903 pistol, but he drops it when he sees a black cat, as he is afraid of cats. Later Poelzig's majordomo (Egon Brecher) carries around the same gun. Peter tries to take it away from him, but fails, and then the majordomo shoots Thamal (Harry Cording), Werdegast's manservant, with it, but Thamal still manages to knock him out. Peter later finds the gun and shoots Werdegast with it, when he mistakenly thinks Werdegast is attacking Joan. 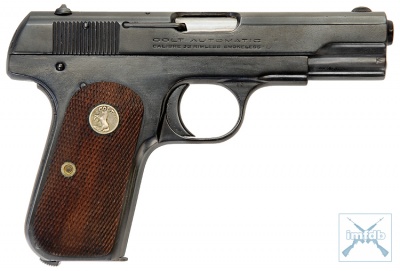 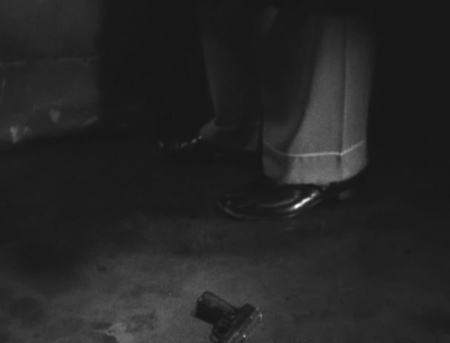 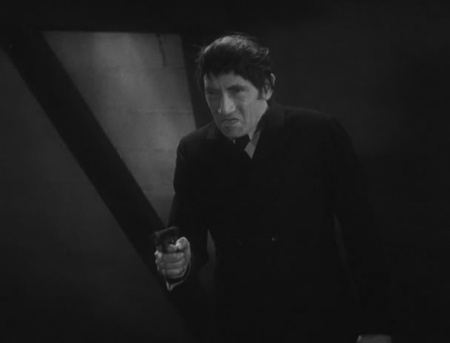 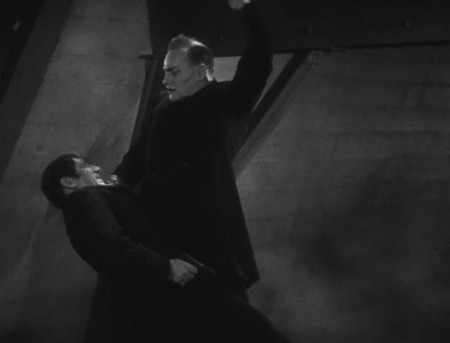 Thamal knocks out the majordomo.

A group of Hungarian gendarmes come around to Poelzig's home to ask about the accident. Apart from the lieutenant (Albert Conti), all of them are armed with Steyr Mannlicher M1895 rifles. 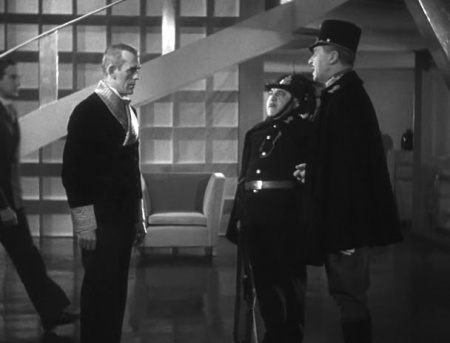 The lieutenant talks to Poelzig. 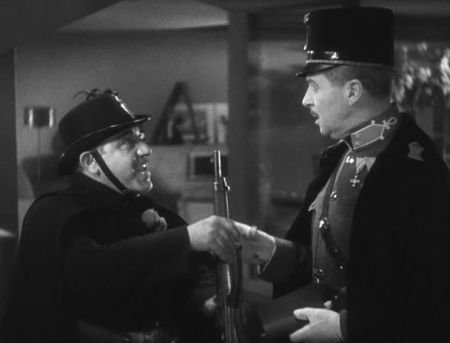 The sergeant (Henry Armetta) hands his rifle to the lieutenant, while he talks about his hometown, Pestyen. 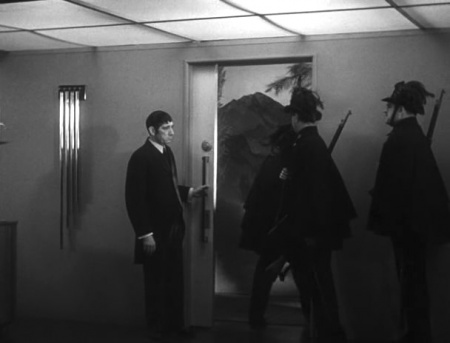 For some reason, stills from the film feature Werdegast (Bela Lugosi) aiming an Walther Model 4 at Poelzig (Boris Karloff), a moment which doesn't have place in the actual movie. 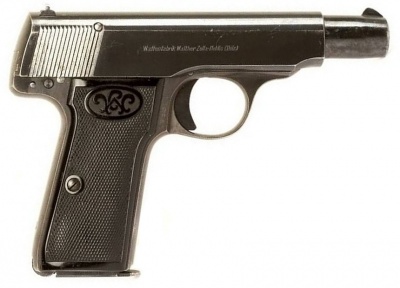 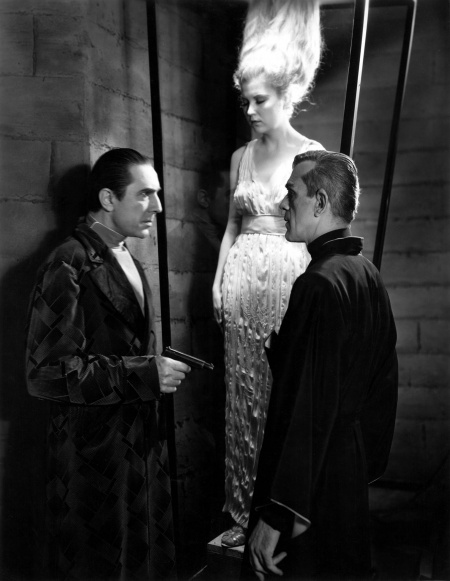 A still photograph for the movie.
Retrieved from "https://www.imfdb.org/index.php?title=Black_Cat,_The&oldid=1122302"
Categories: