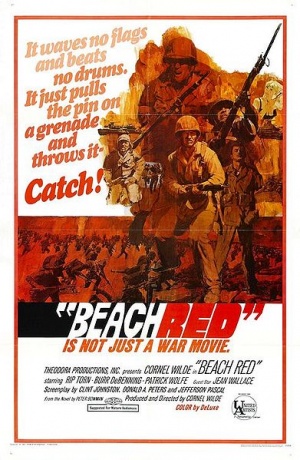 Beach Red is a 1967 World War II film directed by and starring Cornel Wilde. The film centers around a company of Marines participating in an invasion of a Japanese-occupied island in the Pacific. The lives of the Japanese soldiers who defend the island are also prominently featured. Throughout the film, flashbacks to both the Marines and Japanese soldiers' civilian lives are seen.

The following weapons were used in the film Beach Red:

The main battle rifle of the Marines in the film is the M1 Garand. 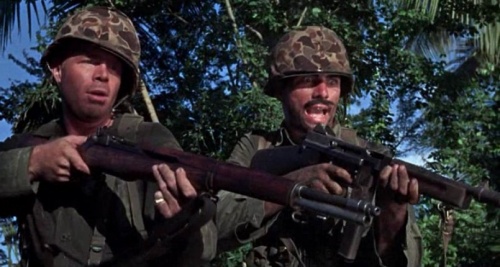 The Arisaka Type 99 was one of the main battle rifles used by the Japanese Army in the Pacific theater and is seen used throughout the film. 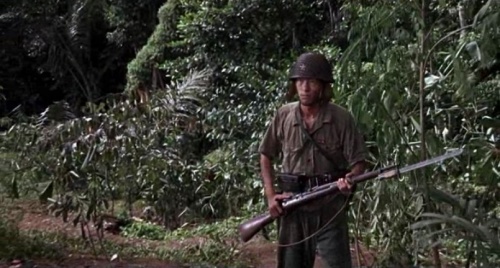 The M1 Carbine is carried by several Marines in the film, notably Gunnery Sgt. Ben Honeywell (Rip Torn). Cliff also uses it in the final mission. 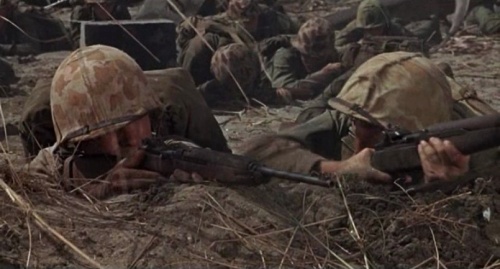 Several Marines are seen carrying or firing the M1A1 Thompson. Cliff (Patrick Wolfe) is known for using the Thompson. 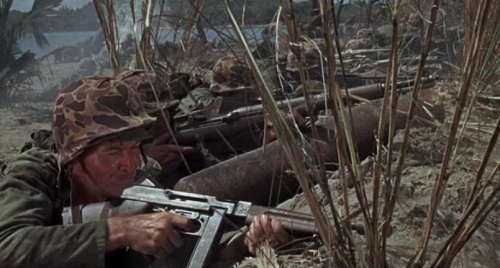 The main sidearm of the Marines is the Colt M1911A1 and is seen carried by Capt. Macdonald (Cornel Wilde). 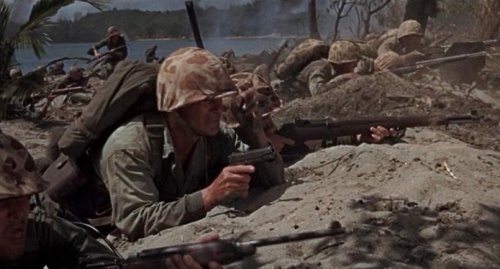 The main sidearm of the Japanese was the Nambu Type 14 Pistol and is seen pulled by a Japanese officer. 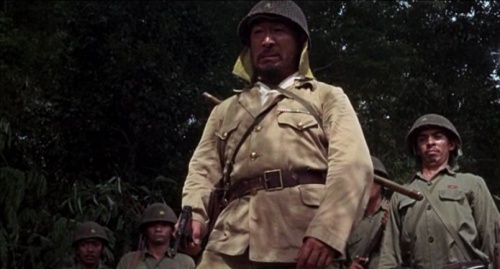 The Browning Automatic Rifle is one of the weapons seen in the hands of the Marines. 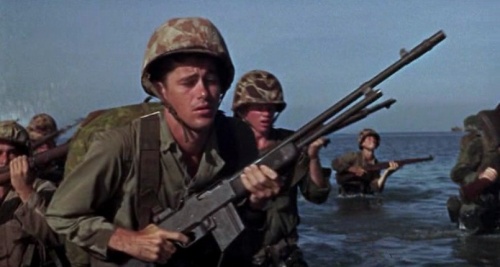 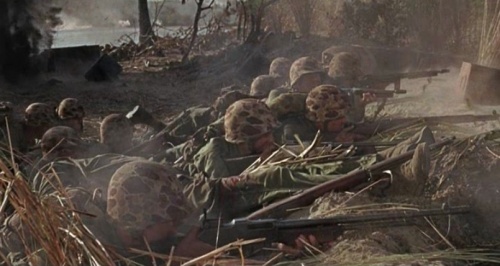 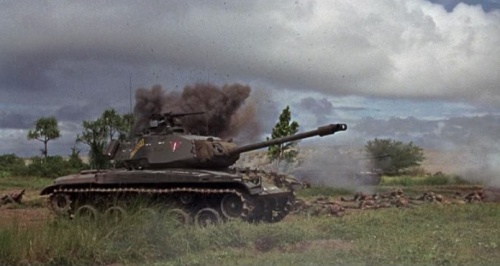 Japanese forces appear to use Type 92 heavy machine guns as they repel the invading Marine forces. 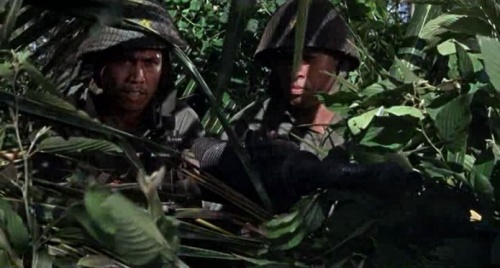 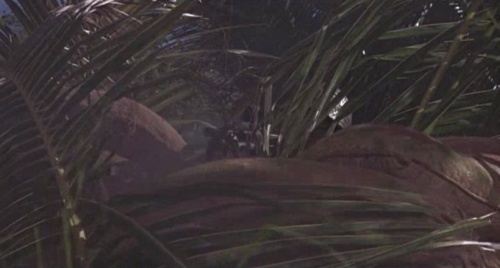 The M2 Flamethrower is used by Marines to flush out a Japanese bunker. 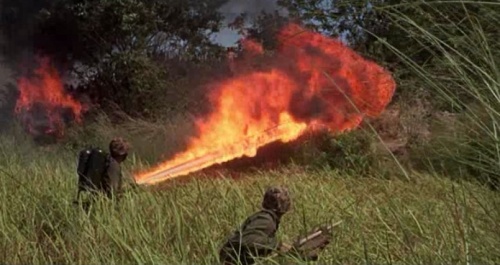