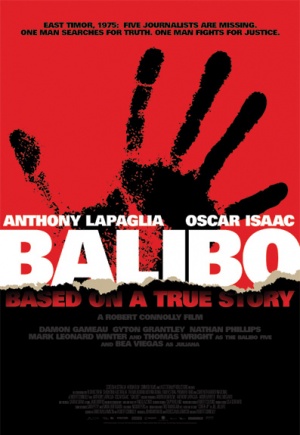 Balibo is a 2009 Australian film set during the 1975 Indonesian invasion of East Timor, where veteran Australian journalist Roger East (Anthony LaPaglia) teams up with charismatic young politician and future President José Ramos-Horta (Oscar Isaac) to search for the "Balibo Five", five Australian journalists missing at the eponymous town on the West Timorese border.

The following weapons were used in the movie Balibo:

The Browning Hi-Power is the main sidearm of Indonesian forces in the film. It is most notably used by an Indonesian irregular officer to execute one of the Balibo Five. 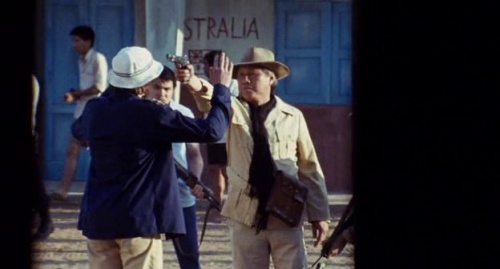 The Indonesian irregular officer shoots one of the Balibo Five with a Hi-Power.

The AK-47 is the main weapon of Indonesian irregulars and Army Strategic Reserve Command (Kostrad) Paratroopers in the film.

When the Indonesians fire their AK-47s, they become the Norinco Type 56, as noted by their hooded sights. 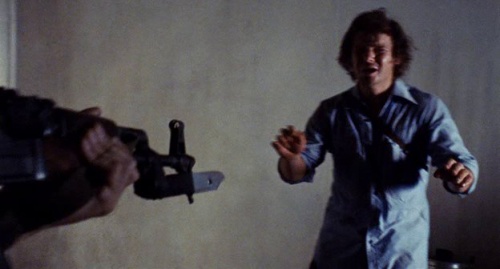 A Norinco Type 56 is pointed at one of the Balibo Five. 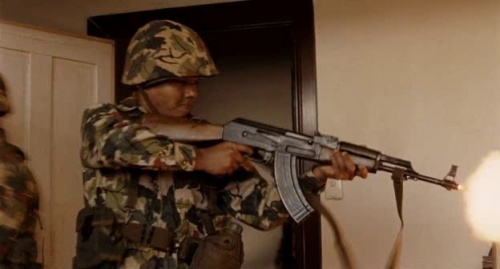 A Kostrad paratrooper (distinguishable by his American "Wine-Leaf" camouflage uniform) fires a Type 56. 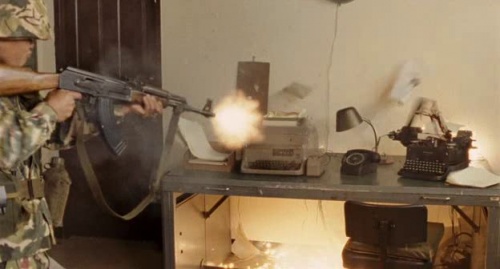 The paratrooper destroys a Teletype machine with the Type 56. 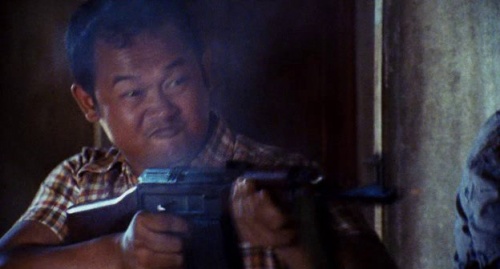 An Indonesian irregular opens fire with a Sa vz. 58. 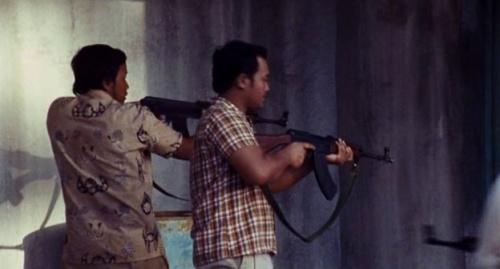 An irregular searches for one of the journalists. 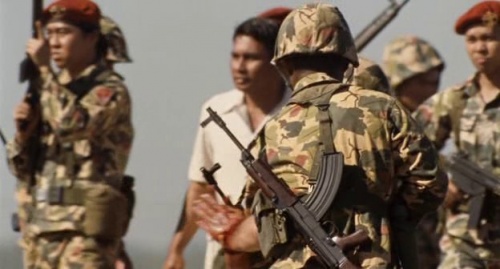 A paratrooper with a Sa vz. 58 drags Roger East towards the docks.

The Heckler & Koch G3A3 is the main weapon of East Timorese Fretelin soldiers taking part in the defense of Balibo, including driver Ximenes (Osme Gonsalves). Indonesian soldiers are also seen with G3A3s during the invasion of Dili in December 1975. 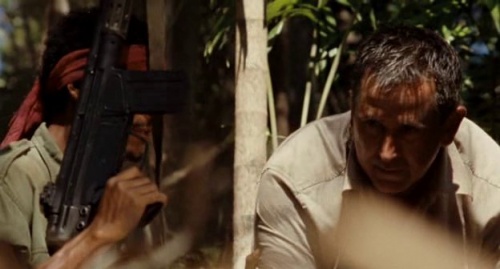 Ximenes holds a G3A3 while talking to Roger East.

A variant of the M16 rifle is glimpsed briefly amongst Fretelin troops. It is difficult to tell specifically which variant, but it appears to most closely resemble the XM16E1 Rifle based on the muzzle and flash hider. 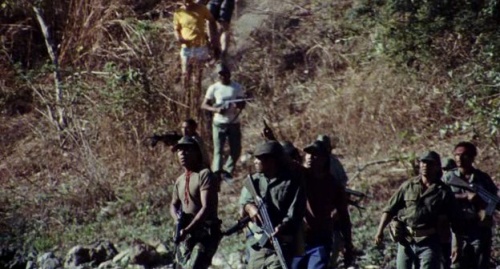