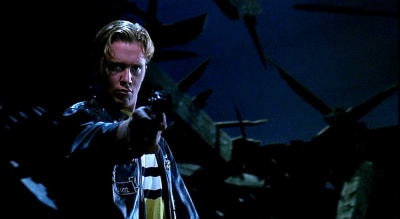 Anthony Michael Hall is an American actor who began his career as a child actor, but then appearing in such memorable teen films as Sixteen Candles, Weird Science, and The Breakfast Club in addition to his role as Russell 'Rusty' Griswold in National Lampoon's Vacation. He then segued into more mature roles including in such films as Edward Scissorhands, The Dark Knight and War Machine. On television, Hall was part of the 1985-86 cast of Saturday Night Live and starred as in the USA Network series adaptation of The Dead Zone.