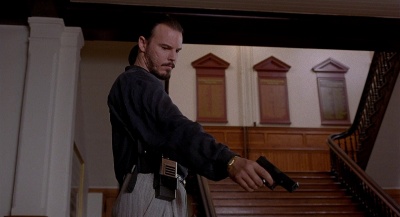 Andrew Divoff is a Venezuelan-born actor who is often seen portraying villains of varying ethnicity including Russian, Eastern European and Latino (this can in part be attributed to him being fluent in at least nine languages, including English, Russian, Spanish, Italian, French, German, Catalan, Portuguese and Swedish. He was formerly fluent in Romanian, but his skill declined with his limited opportunities to converse in it). Among his notable roles include Mikhail in the series Lost, Richard "Cherry" Ganz in the film Another 48 Hrs. and as the Djinn in Wishmaster and its immediate sequel.