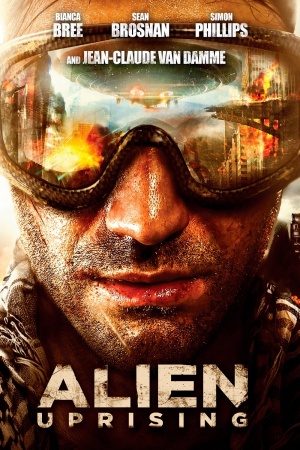 The following weapons were used in the film Alien Uprising (aka UFO):

A SIG-Sauer P226R is pulled by Michael (Sean Brosnan).

A SIG-Sauer P226R is pulled by Michael (Sean Brosnan).

A Glock 17 is seen used by British soldiers.

A British soldier is seen with a Heckler & Koch G36K with a C-style railed carry handle.

A Met Police officer (Joey Ansah) is seen with a Heckler & Koch MP5A3.