Above Us the Waves

Above us the waves is a 1955 war film dramatisation of the British Navy’s attempts to sink or disable the German Battleship Tirpitz using midget submarines.
The following weapons were used in the film Above Us the Waves:

Lanchester Mk.I submachine guns are carried by German sailors, standing for Haenel-Schmeisser MP28/II. These weapons were still standard equipment in the Royal Navy at the time (the production was assisted by the Royal Navy, who provided technical assistance and ships). 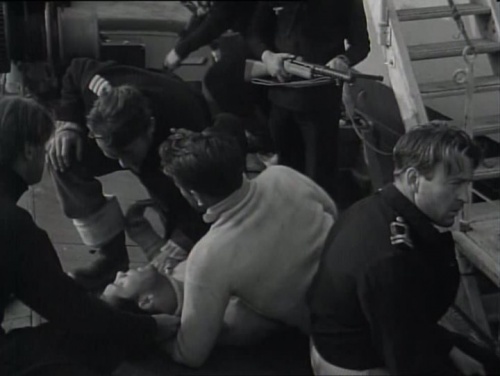 A good view of the Lanchester. The bayonet lug and distinctive rear sight make this a Mark 1*. 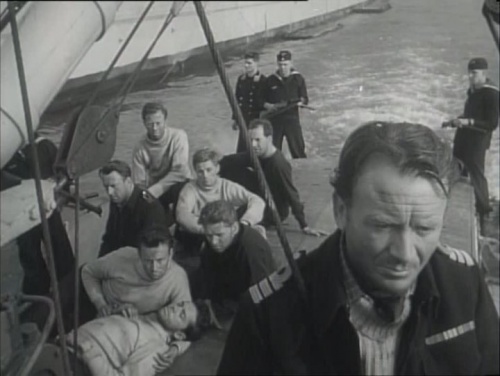 In a continuity error one of the guards Lanchesters becomes an M1 Thompson in the final scene (This sequence is obviously studio based so the location props were unavailable). 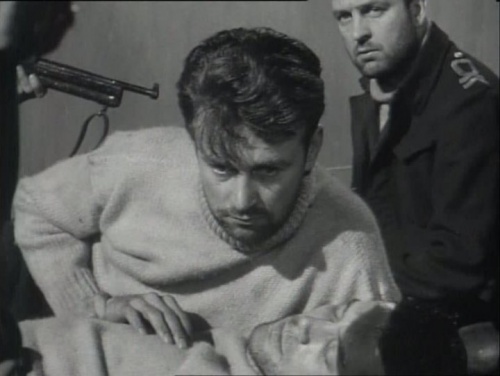 Only the muzzle of the Thompson is only ever seen so exact identification is impossible.

In a continuity error one of the guards Lanchesters becomes an MP40 in the final scene (This sequence is obviously studio based so the location props were unavailable). 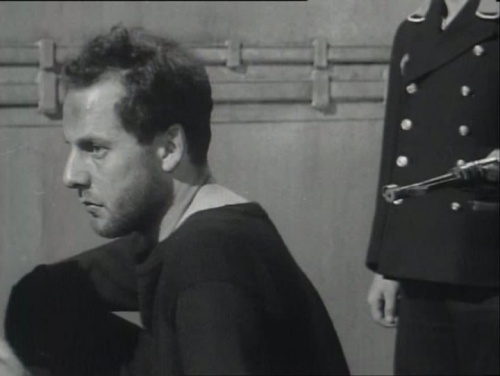 The extra appears to be holding the MP40 sideways, perhaps to make it look more like a Lanchester.

The Karabiner 98k is seen being used by both German soldiers and sailors in the film. 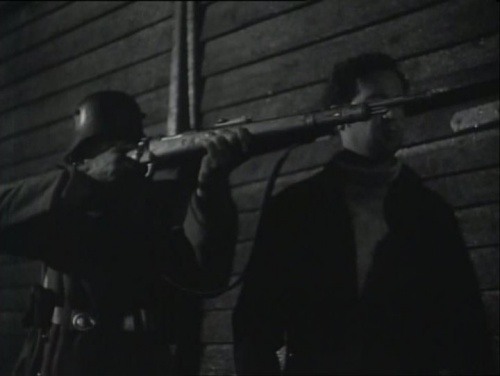 A German soldier with a Karabiner 98k 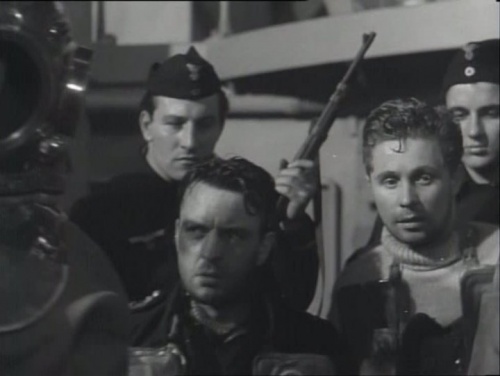 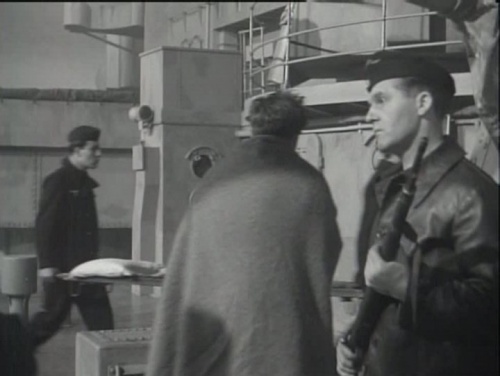 KMS Tirpitz is equipped with these weapons, which are conversions of aircraft machine guns for ground use. The guns are also fitted with fake side mounted magazines. Their use in this context by the Kriegsmarine (German Navy) may be incorrect (see the discussion page for further details). 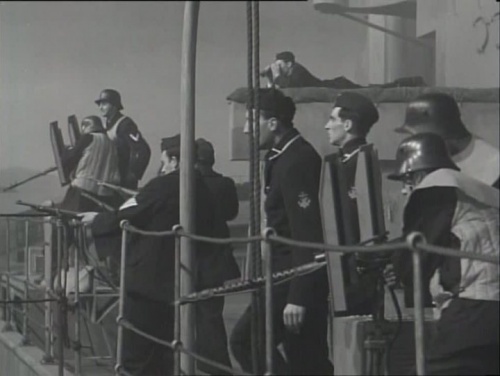 The guns in action, also k98's in the background. 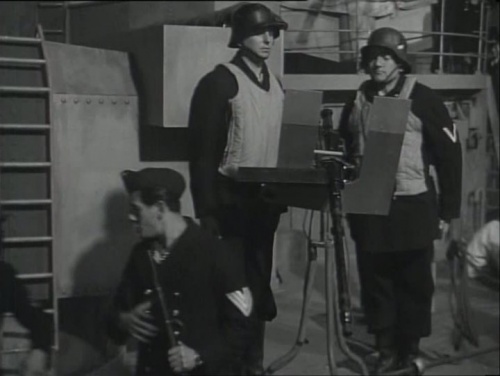 A better view of the gun showing the fake magazine. 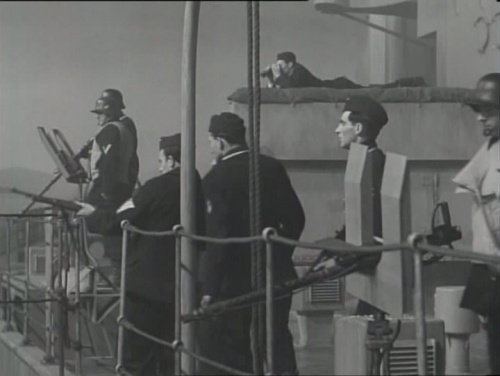 Detail of the rear of the gun is clear in this image, including the unusual extra hand grip.

The German Patrol boat is briefly seen armed with a Oerlikon 20mm Cannon. 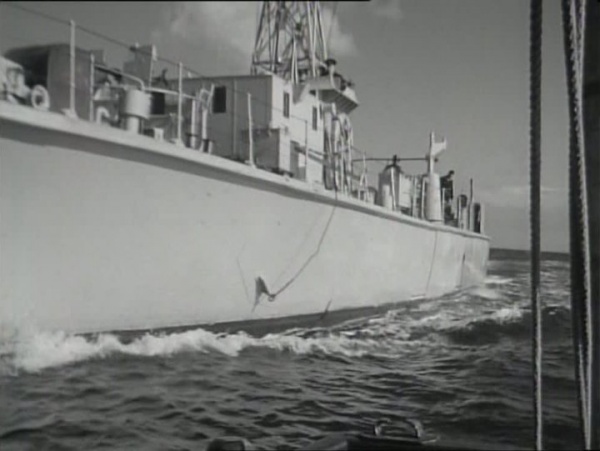 The gun seen mounted on the patrol boat.
Retrieved from "https://www.imfdb.org/index.php?title=Above_Us_the_Waves&oldid=1019650"
Categories: