The following weapons were used in the film Abominable: 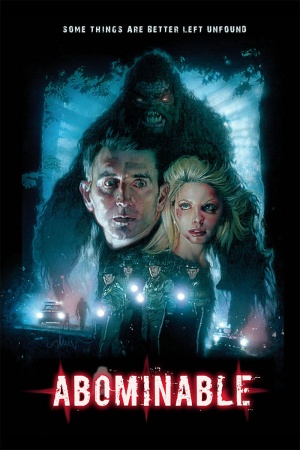 A Winchester Model 1300 is used by Billy Hoss (Rex Linn) at the beginning of the film and later when he and the others go hunting for the Yeti. 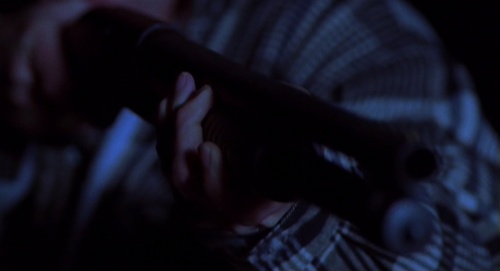 Closeup of Hoss' Winchester Model 1300 when he and his wife find their dead horse. 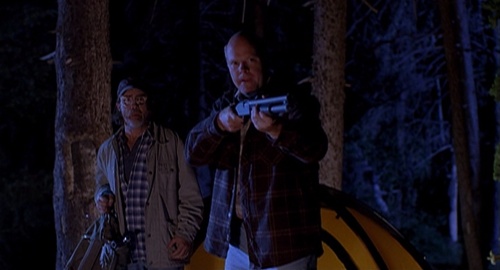 Hoss brings his Winchester Model 1300 up when he and the convenience store clerk (Jeffrey Combs) hear gunshots. 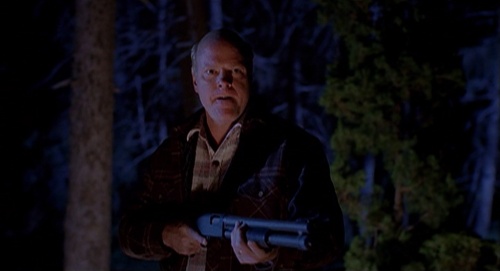 Hoss and his Winchester Model 1300 ready for action - seconds before being tackled by the Yeti.

Ziegler Dane (Lance Henriksen) uses a Mossberg 500 Cruiser shotgun when he and some other locals go hunting for the Yeti. It is heavily modified including pistol grip and a vertical grip on the pump. 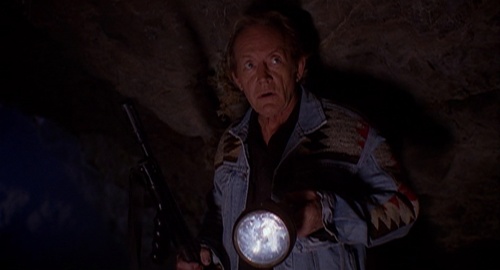 Ziegler enters a cave (unknown to him, the Yeti's lair). The forward-mounted grip can be seen here. 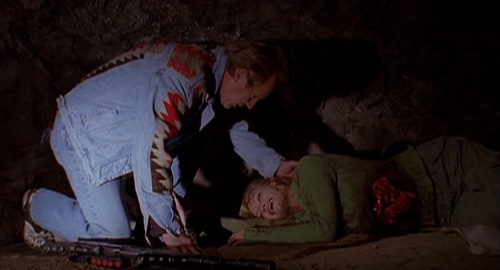 Upon finding the mortally wounded Karen Herdberger (Ashley Hartman), Ziegler sets his Mossberg 500 aside to tend to her. 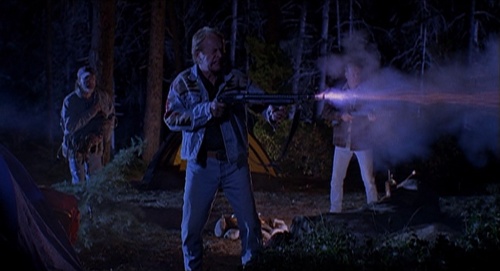 Returning to the camp, Ziegler and Hoss blast away at the unseen Yeti.

Sheriff Dick Halderman (Paul Gleason) and his deputies use Beretta 92F automatic pistols as their sidearms although they are rubber props. 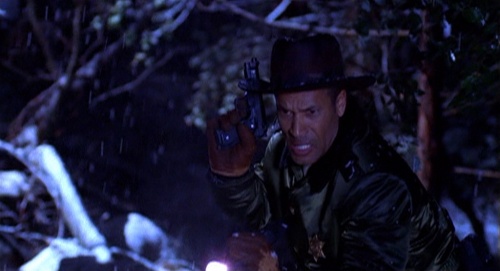 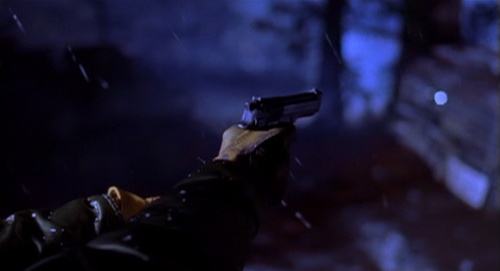 Reverse angle. Note how the hammer is molded into the slide.