A Midnight Clear is a 1992 World War II film directed by Keith Gordon, who also wrote the screenplay. Based on the novel by William Wharton (who also was the author of Birdy), the film centers around a US Army Intelligence unit that stumbles upon a platoon of German soldiers who wish to surrender on Christmas Eve. The film's cast also includes David Jensen, Larry Joshua, and Curt Lowens.

The following weapons were used in the film A Midnight Clear: 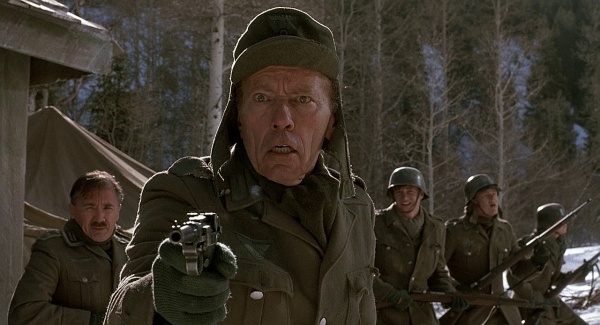 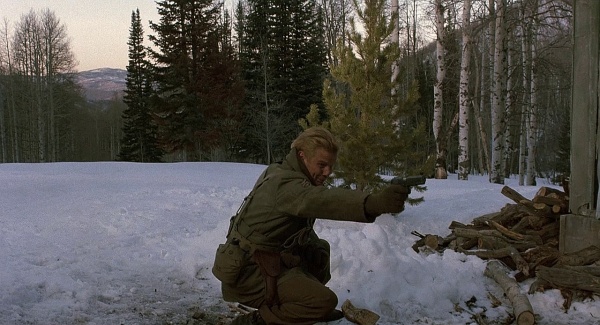 The MP40 is briefly seen carried by a German soldier. 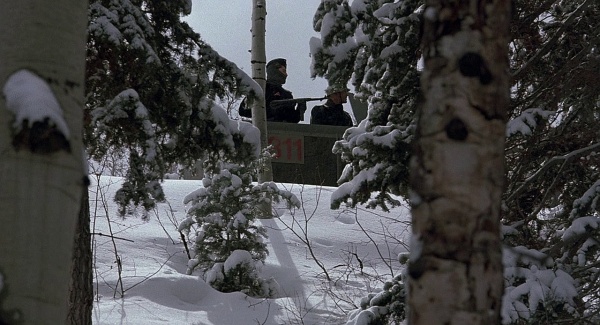 The M1 Garand was the standard issue rifle of the U.S. Army during WWII and carried by several characters in the film including Will Knott (Ethan Hawke), Vance 'Mother' Wilkins (Gary Sinise) and Paul 'Father' Mundy (Frank Whaley). 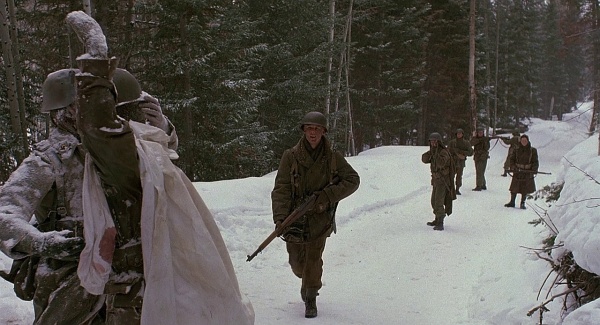 The men in the unit carry the M1 Garand. 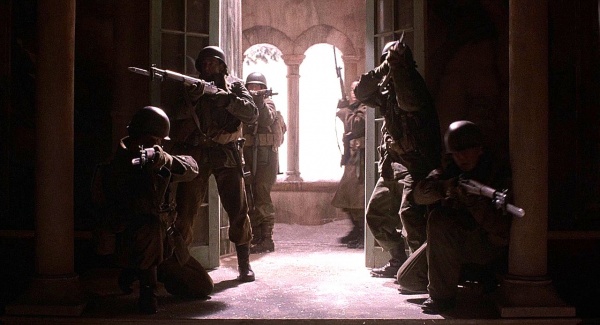 The men have bayonets affixed to their Garands while searching a villa. 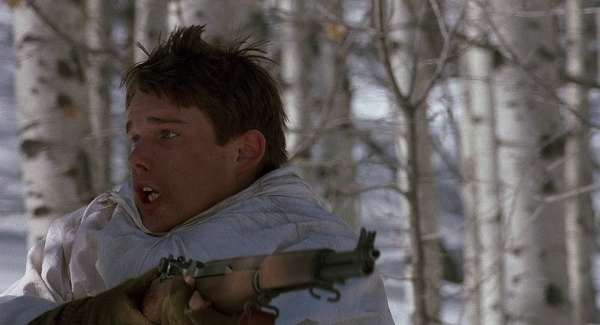 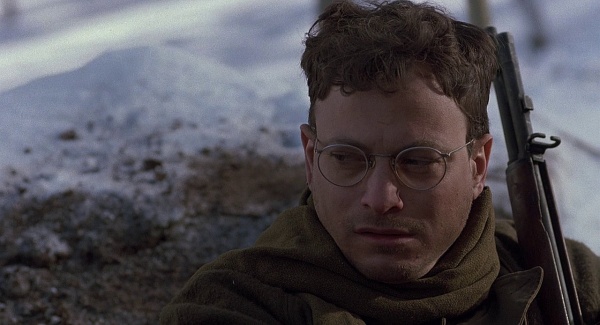 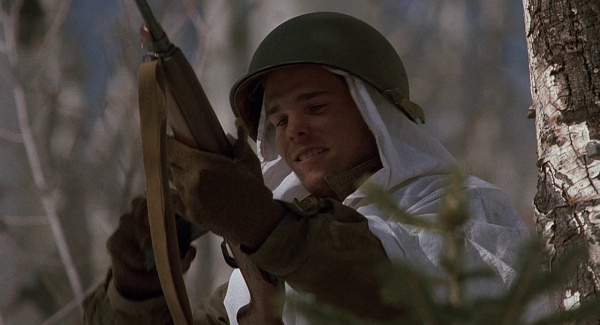 The M1 Carbine is reloaded by Mel Avakian (Kevin Dillon).

Some vz. 24 Czech Mausers are used by German forces in the film. 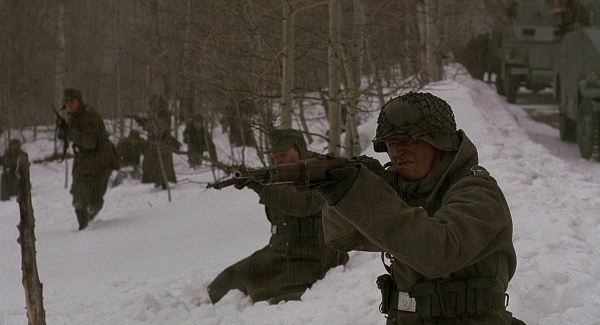 The German-made Mauser Gewehr 1898 bolt-action rifle is seen used by German troops in the film. 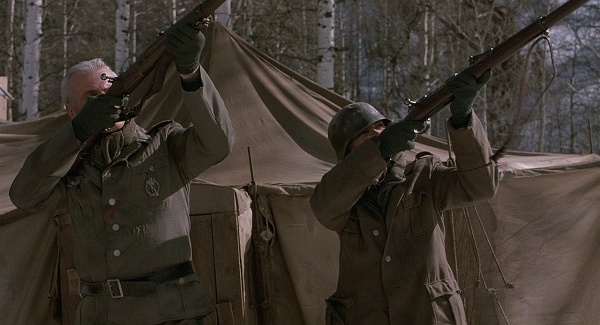 German troops fire their rifles in the air.

The Browning M1919A4 .30 caliber machine gun is seen mounted on an Army jeep and is seen manned by Mother (Gary Sinise). Miller is seen on the machine gun while hiding from a German column. 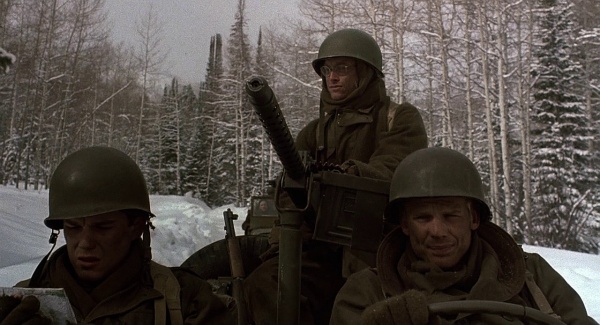 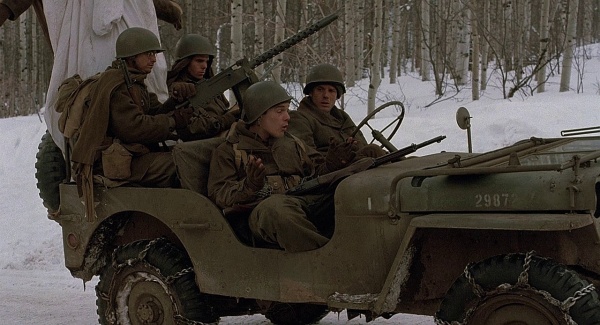 The M1919A4 operated by Mother (Gary Sinise) is mounted on the jeep. 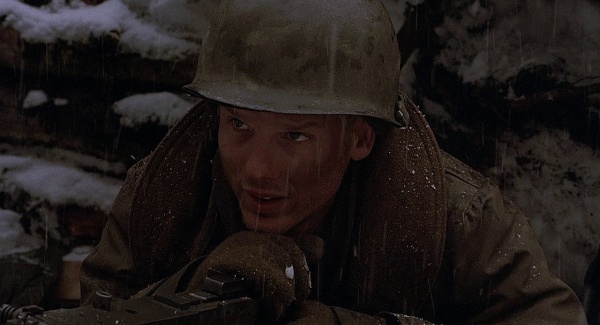 An MG34 machine gun is shown mounted on top of a German half-track. 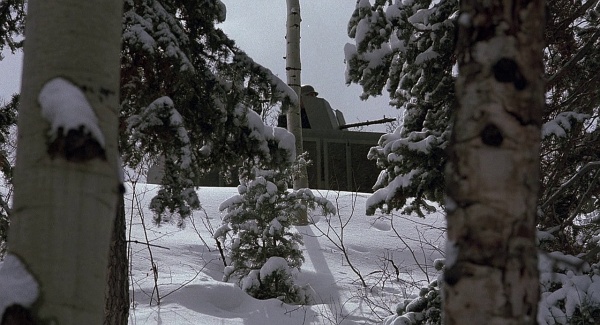 An MG34 machine gun is shown mounted on top of the German half-track.

The Mk II Hand Grenade is seen carried by the men in the unit. 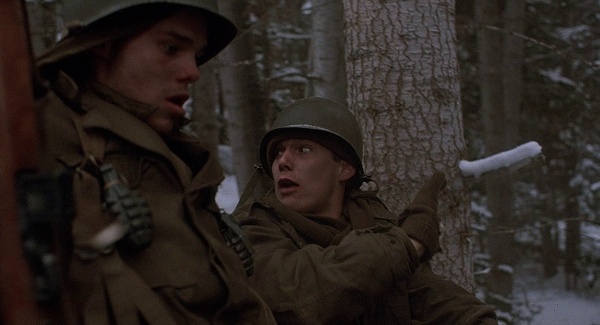 A Wehrmacht grenadier is seen lugging a Panzerfaust. 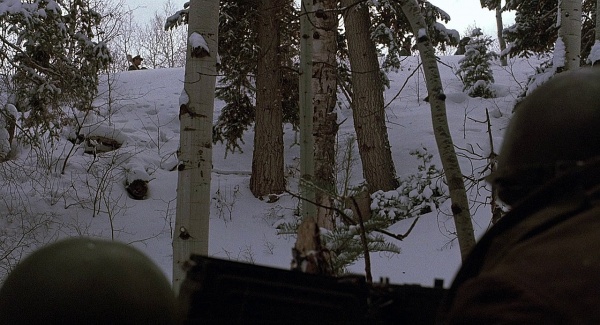 In the upper left, a Wehrmacht grenadier is seen lugging a Panzerfaust.
Retrieved from "https://www.imfdb.org/index.php?title=A_Midnight_Clear&oldid=1409674"
Categories: