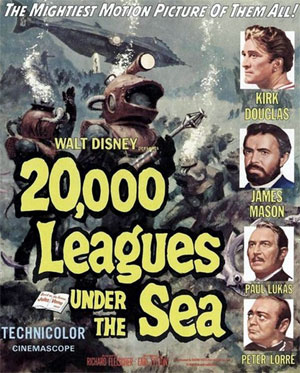 The assault on Vulcania.

Throughout the film, Nautilus crewmen carry underwater electric pellet guns, described by Jules Verne as follows: ““Because the balls sent by this gun are not ordinary balls, but little cases of glass (invented by Leniebroek, an Austrian chemist), of which I have a large supply. These glass cases are covered with a case of steel, and weighted with a pellet of lead; they are real Leyden bottles, into which the electricity is forced to a very high tension. With the slightest shock they are discharged, and the animal, however strong it may be, falls dead. I must tell you that these cases are size number four, and that the charge for an ordinary gun would be ten.” 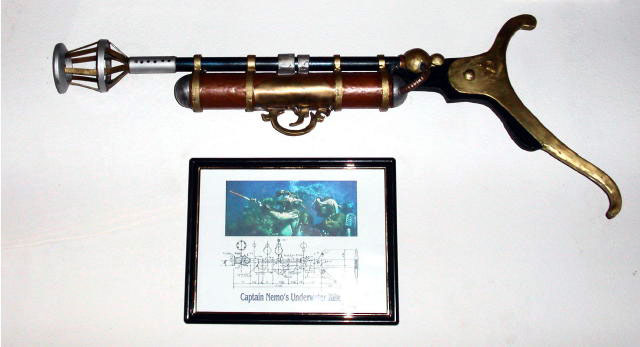 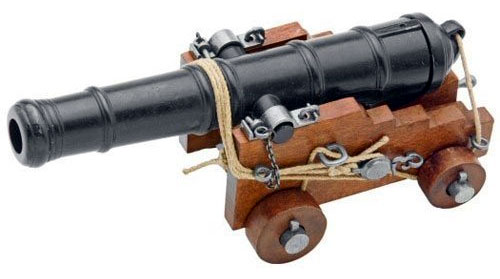 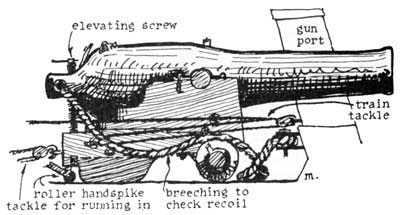 Crewmen prepare a 9-inch Dahlgren gun to fire on a sea monster
Retrieved from "https://www.imfdb.org/index.php?title=20000_Leagues_Under_the_Sea&oldid=1235487"
Categories: